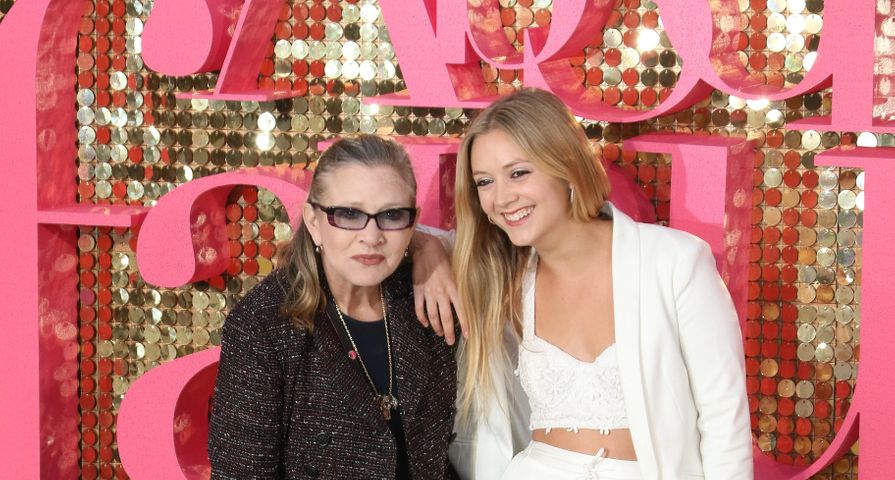 It has been confirmed that Carrie Fisher’s only child, actress Billie Lourd, will inherit her mother’s multi-million dollar estate located in the Hollywood Hills.

The infamous Star Wars actress died at age 60 this past December. Her mother Debbie Reynolds tragically passed just one day later at the age of 84 due to a stroke.

Court documents obtained by E! News list details about Fisher’s beneficiary and it has been revealed that 24-year old Billie is set to inherit majority of her mother’s belongings. Aside from the estate, Billie’s inheritance includes Fisher’s 2016 Tesla S, personal items such as jewelry and collectibles, money in bank accounts and ownership of her company and life insurance policy. She also obtains the rights to Fisher’s public image.

Some of Fisher’s collectibles are to be auctioned off and have totaled to nearly 1,500 pieces. The proceeds will go to Debbie’s charity Thew Thailans and The Jed Foundation, which was chosen by Billie. Items to be auctioned off include highly acclaimed Star Wars memorabilia including Carrie’s life-size Princess Leia statue, her signature director’s chair from Star Wars: Return of the Jedi and a limited edition Yoda statue.

“My mother and sister were magnificent collectors, they amassed an amazing and diverse collection in their lifetimes,” Carrie’s brother Todd Fisher said in a statement. “The size and scope of their collection rivals most museums. So in keeping with my mother’s wishes we have decided to share part of their magnificent collection with all their friends and fans.”