Home » Trending News » B&B Weigh In: Vinny Is Gone, Which Character Is Next?

B&B Weigh In: Vinny Is Gone, Which Character Is Next? 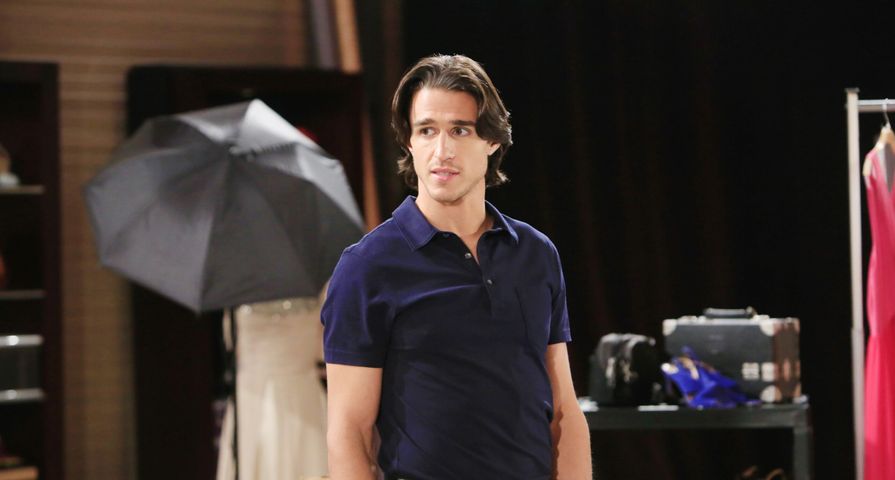 When it was revealed earlier this month that Joe LoCicero, otherwise known as Vinny Walker, would exit The Bold and the Beautiful, fans were taken aback. After all, Vinny was still a relatively new player in town, having made his first appearance as a friend of Thomas Forrester’s in 2019. Perhaps what made LoCicero’s departure most surprising was the fact that Vinny wasn’t just a loyal friend lingering in the background; he was at the center of the baby-switch paternity storyline and showed enough depth of character (with his drug issues and deceptive qualities) that fans justifiably expected him to stick around. Alas, with Vinny’s demise setting up a powder-keg of repercussions in Los Angeles, we should take a closer look at other characters who may be preparing to make an exit.

It has been hinted as far back as December 2020 that Dr. John Finnegan, also known as Finn, could be eyeing an exit. Actor Tanner Novlan has been juggling a bunch of commitments aside from daytime television, including commercial spots and starring in The CW’s Roswell, New Mexico. According to Soap Dirt, he’s been out of state filming scenes this winter for the show’s third season. In contrast to Novlan’s rising star, the future of his character Finn is looking uncertain. As recently reported, Finn doesn’t have an alibi for the night that Vinny was killed. If he played a prominent role in the crime and gets incarcerated, that’s a great reason to leave B&B. And with Steffi currently out of the picture, Finn might not have anyone left to lean on!

With the murder mystery surrounding Vinny taking up more and more screen-time over the coming weeks, it’s no surprise that Scott Clifton (Liam) and Don Diamont (Bill) are up to their necks in the plot, given their recent contract renewals. But the sure-footing of those two actors throws other characters into uncertainty. Take Denise Richards, whose character Shauna has been relegated to occasional-mention status since her devious plot concerning Ridge and Quinn. When Denise Richards signed on with B&B two years ago, fans were delighted to have both a familiar face and star power imbued into their daytime drama. Whether Shauna’s absence is the consequence of the star’s other commitments or the show-runners’ shrugging, we can’t say, but Denise Richards could easily achieve greater visibility on other programs.

Read: Bold And The Beautiful: Spoilers For April 2021

Another character who has run out of reasons to exist lately is Brook, who is played by Katherine Kelly Lang. Now, if there’s one thing we know about Brook Logan, it’s that nothing will terminate this long-running character’s arc on the show. Even when she’s sitting around and worrying about her kids, she brings an irreplaceable aura; however, that’s all she’s been doing! When she isn’t stressing about Liam’s love-life, she’s gossiping about Thomas. Maybe B&B writers will give Brook a more interesting life before Katherine Kelly Lang pulls a Doug Davidson and gracefully bows out.

Finally, Zoe Buckingham (played by Kiara Barnes) had better get into self-preservation mode, or else she risks being run out of Los Angeles by B&B fans! Although she’s another recent character, having made her debut in 2018, Zoe has already alienated everyone close to her. She’s wreaked havoc on her sister Paris’ relationship with Zende and betrayed her own romance with Carter. Now that Zoe’s only pillar of support is the duplicitous Quinn, who many viewers suspect will try to seduce Carter in the coming weeks, there’s fresh fuel on the fire that Zoe might have burned her last bridge. Twitter fans might be happy about Zoe’s misfortunes, as Showbiz Cheatsheet reports. It turns out Carter has a loyal fanbase!

If the abrupt ending of Sally’s terminal illness storyline taught us anything, it’s that B&B show-runners keep their ears to the ground. When fans are annoyed, producers tend to react. Finn’s departure could be a mutual decision, given his other acting jobs, but Shauna and Brook’s idleness in recent weeks might be contentious issues for the actresses. As for Zoe, a flourishing Quinn and Carter romance could be just the event to send her back to England… for now, anyway.