Home » Trending News » B&B Weigh In: Should Paris Be Wary Of Getting Involved With Zende?

B&B Weigh In: Should Paris Be Wary Of Getting Involved With Zende? 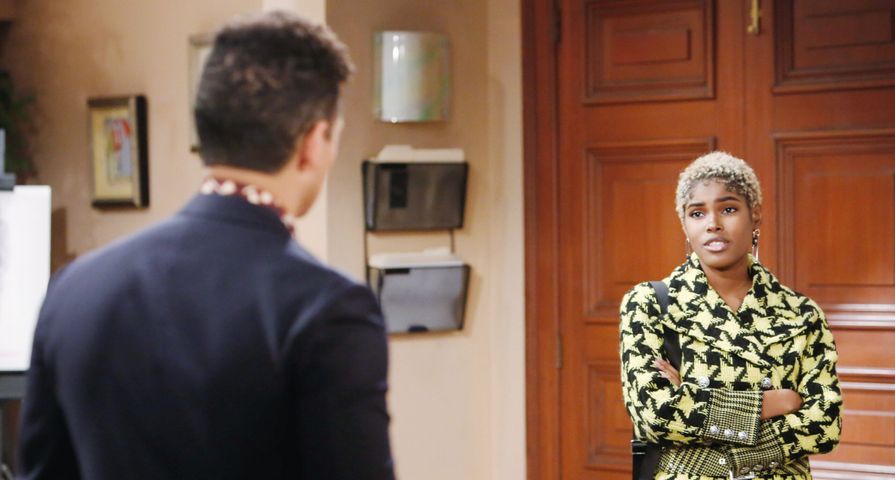 Bold And The Beautiful (B&B) spoilers tease that in the coming weeks, Zende will chase after Paris and Carter will caution her about the designer. Is the COO just feeling bitter these days, or should Paris heed his warning?

The social worker is fairly new in town and she’s obviously attracted to Zende. In fact, after Paris met him for the first time, she openly gushed to Donna about how handsome he was. What she didn’t realize was that Zende was standing in the doorway behind her, grinning. He had heard almost every word.

Read: Bold And The Beautiful Plotline Predictions For The Next Two Weeks (February 8 – 19, 2021)

At the time, Paris also didn’t know that Zende was developing feelings for her sister Zoe. Sparks flew and emotions ran high as Zende and Zoe worked together, but they never acted on their feelings because Zoe was dating Carter.

Zoe’s conflicted state of mind blew up in her face when Carter recently busted her for pursuing Zende,  however, he also believed Zende didn’t encourage his fiancé. Carter will soon find out Zende sent Zoe a text telling her to go slow in her relationship with him. After he confronts Zende, he’ll tell Paris the designer is a playboy, and she would be wise to stay far away from him.

Read: Bold And The Beautiful Spoilers For February 2021

In Zende’s defense, he did retreat from his pursuit of Zoe the moment she said yes to Carter’s marriage proposal. Plus, he told Paris that she was the one he wanted, not Zoe.

But is Carter right? Viewers know it wouldn’t be the first time Zende has been torn between two sisters. Only a few years ago, he was madly in love with his sweetheart Nicole but was also attracted to her sassy sister Sasha. Zende ended up cheating on Nicole with Sasha twice. As the saying goes, once a cheater, always a cheater.

Read: Bold And The Beautiful Plotline Predictions For February 2021

Should Paris heed Carter’s warning and be wary of getting involved with Zende?