Home » Trending News » B&B Weigh In: Does Brooke Have Any Right To Judge Steffy?

B&B Weigh In: Does Brooke Have Any Right To Judge Steffy? 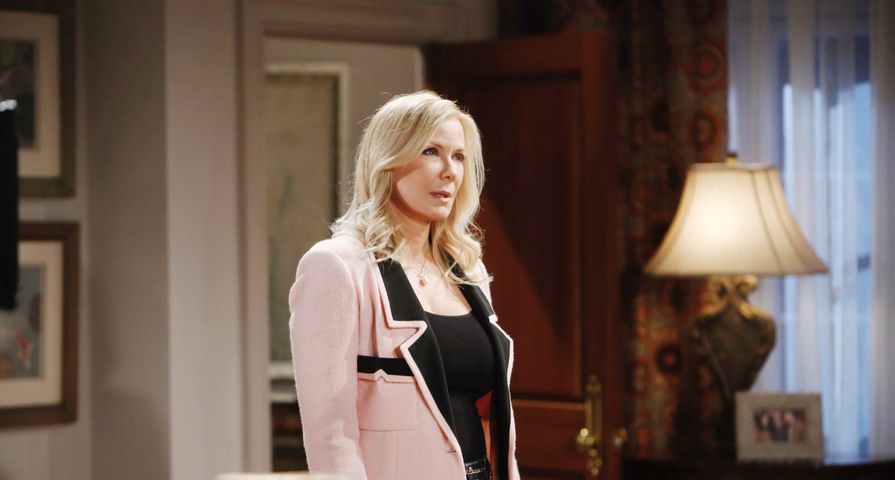 Bold And The Beautiful (B&B)’s Brooke confronted Steffy about sleeping with Liam and hurting her daughter Hope. But considering Brooke’s track record, does she have any right to judge Steffy?

Brooke hurled accusations at her stepdaughter and asked her if her plan all along was to break up Hope and Liam. Steffy denied it, of course, and said she wanted the baby to be Finn’s and she believes it is his.

“What you did to Hope was reprehensible,” Brooke told her. “You better be right. That baby better be Finn’s and not Liam’s.” Spoilers indicate Brooke will confront Steffy again next week and accuse her of trying to steal Liam from Hope. But her accusations are filled with irony and hypocrisy. Longtime viewers know that back in the day, Brooke pulled out all the stops in countless efforts to steal Ridge from Taylor.

Read: Bold And The Beautiful Plotline Predictions For The Next Two Weeks (February 1 – 12, 2021)

In her heyday, Brooke made her way through the Forrester trifecta, bedding and marrying not only Ridge, but his father Eric and his brother Thorne. And she had to take a paternity test to determine if Bridget was Eric or Ridge’s daughter. Years later, she slept with Bridget’s husband Deacon and Hope was the result of that illicit union. More recently, she pursued Dollar Bill, her sister Katie’s husband. So, Brooke judging Steffy for sleeping with Liam seems more like it takes one to know one.

Read: Bold And The Beautiful Spoilers For February 2021

However, some fans have rightly pointed out that Steffy used to shame Brooke for her sexual misdeeds all the time. Now she herself has gone through two paternity tests and has made her way through the Spencer trilogy.

Read: Bold And The Beautiful Plotline Predictions For February 2021

Steffy had an unconsummated affair with Bill, but when he told her he was staying with Katie, she set her sights on Liam. When Liam went missing for a  few months, she sought comfort in his brother Wyatt’s arms and married him. A few years later, Liam admitted he kissed Sally, and Steffy jumped into bed with his father. Steffy’s history and current circumstances are unnervingly similar to the sticky situations Brooke used to find herself in.

These two women are more alike than either one would care to admit. So, does Brooke have any right to judge Steffy?