Home » Trending News » B&B Weigh In: Are You Team Zoe Or Team Paris?

B&B Weigh In: Are You Team Zoe Or Team Paris? 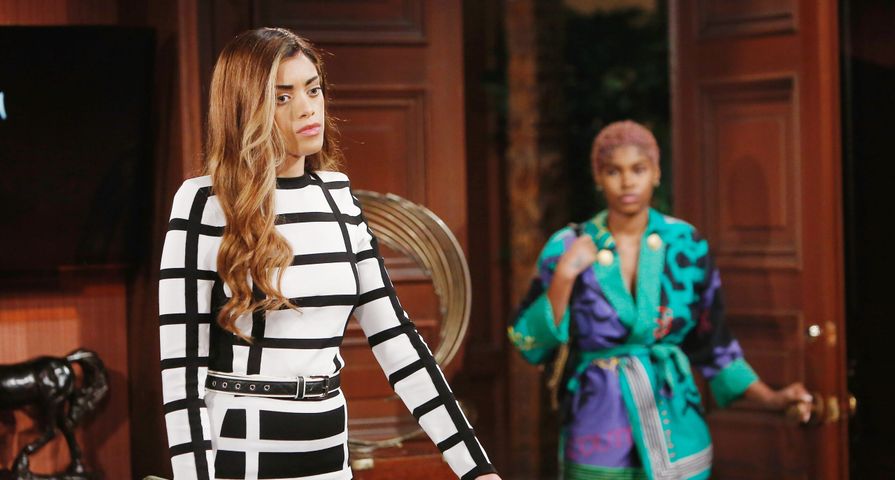 When Zoe’s sister Paris arrived on the Bold And The Beautiful (B&B) canvas in the fall, it was obvious writers would make the siblings rivals for Zende’s affection. Both women are attracted to the Forrester designer but only one will win him over. Are you on Team Zoe or Team Paris?

Zoe was already dating Carter when Zende showed up in town and she felt an instant attraction to him. It made her question her feelings for the Forrester COO but she continued her romance with him anyway.

When Paris arrived a few weeks later, she noticed Zende right away and even gushed to Donna about how handsome he was. Zende overheard and was flattered. But when Paris shared her feelings with Zoe, she got the opposite reaction. Her sister warned her that the designer had just gone through a divorce and Paris should leave him alone.

Read: Bold And The Beautiful Spoilers For Winter 2021

Then Zoe was annoyed when Paris became a constant presence at Forrester Creations. And who could blame her? Paris would show up at her sister’s workplace and loiter for hours. Zoe accused of her of being a distraction and interfering with people’s work and she told her to stay away. Although, truth be told, it doesn’t seem like anyone does much work while they’re at Forrester anyway, most of the employees just stand around gossiping all day.

Read: Bold And The Beautiful Plotline Predictions For Winter 2021

Now Paris is about to become a permanent fixture at Forrester Creations, despite Zoe’s best efforts to convince her to leave LA. She just accepted a dream job at the fashion house, even though her sister told her to turn down the offer. Plus, Paris also kissed Zende and she bragged to her angry sister that he kissed her back.

Zoe seems to be forgetting she’s engaged to Carter. But rumor has it, she’ll be reminded of it very soon, when Paris threatens to spill the truth to him. However, does she have the right to bust her sister, over a man? Are you on Team Zoe or Team Paris?