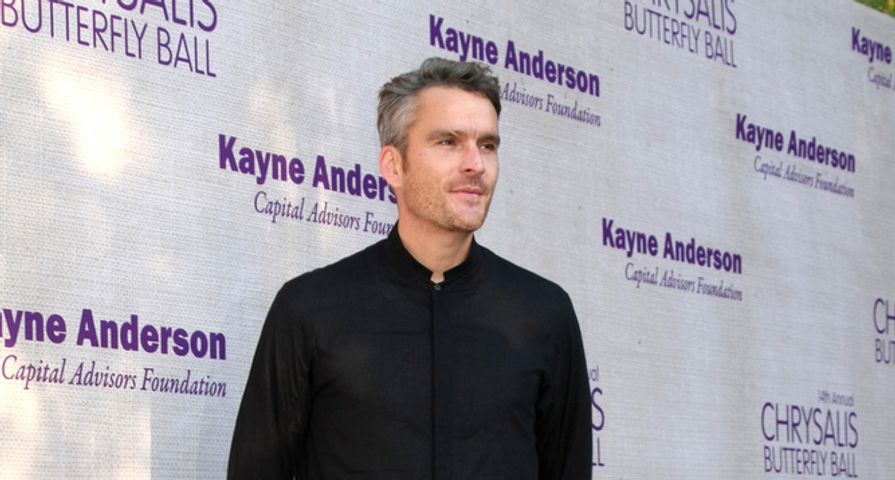 In a new interview with the Evening Standard, Balthazar Getty opened up about his tumultuous life, including his affair with actress Sienna Miller.

The 41-year-old DJ, actor, and member of the wealthy Getty dynasty, said he’s finally grown comfortable in his own skin. Getty, who is a father of four, grew up in a dysfunctional family filled with money and drugs. His father, John Paul Getty III was kidnapped at the age of 16 by Calabrian mafia. After five months, the boy’s grandfather agreed to pay $2.2 million in ransom money, but not before the boy’s ear was cut off and sent to a newspaper company.

Balthazar was born two years later, but his relationship with his father was hindered after John Paul III suffered a stroke – the result of a drug addiction. Balthazar’s father had difficulties communicating but used grunting noises to talk with his son. “He could get out syllables and that sort of thing. In time you learnt to decipher,” the Brothers & Sisters actor revealed, “He would tell me he loved me. We had regular father-son moments. He would worry and he would cry.”

Balthazar also opened up about his own drug addiction, saying he used “too many” drugs. “It’s no secret that my father and grandfather had major drug addiction problems, and addiction runs rampant in many families. If you add wealth and celebrity on top of that, it can be lethal.” Speaking about his own struggles he said, “You know it’s not uncommon to push the boundaries and repeat mistakes.”

In 2008, Balthazar made headlines for his extramarital affair with actress Sienna Miller. The pair were spotted in Italy, and images of them were all over the front pages of tabloids. After the incident, Getty’s wife separated from him for two years. They eventually reunited in what Balthazar considers a “stronger” marriage.

“Without going down, you can’t rise again,” he told the Evening Standard. He now considers that chapter of his life as “ancient history,” and said it’s as if it’s from “another lifetime.”

Today, Balthazar is accepting where he’s come from and is focused on having a more grounded life. “I’ve gotten more comfortable with who I am, where I come from, and being ‘a Getty,'” he told the magazine. “I don’t see it anymore as something I need to run from, or prove to people that I’m not who they might perceive me to be. I’ve been able to own that and feel good about it.”