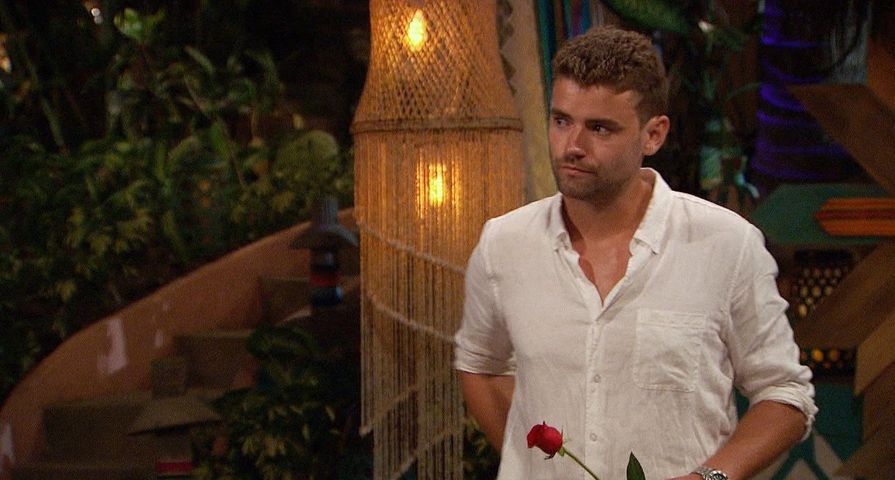 Season six of Bachelor in Paradise had its final rose ceremony on Tuesday, September 10 and one contestant isn’t happy with how he says production edited his rejection.

During the episode, Luke Stone stepped up to present his rose and offered it to Bri Barnes. Immediately Barnes looked surprised and refused the rose after explaining to Stone that she didn’t see a relationship with him.

After the rejection, host Chris Harrison stepped in as Stone looked helpless and said “Well, this has never happened before,” and as the camera faced the women Harrison is heard asking, “Is there anyone else who would like Luke’s rose tonight? Anyone?” which is met with total silent.

Harrison then explained to Stone that he had to be in a relationship to stay on the show so he had to leave.

After the cringeworthy episode aired, Stone took to his social media to claim that the part where Harrison asks if anyone else would like his rose was edited in. “Chris Harrison did not “present my rose” to the group in reality I got shut down hugged everyone and left – well done editing team,” Stone tweeted on Wednesday, September 11. He added, “Just saw it for the first time and I won’t stand by and let that fly.”

He continued to tweet, writing, “It’s called a voice over nice try guys,” and then added, “I’ll drop this I promise – but I just want to say – I’m disappointed in you @BachParadise and @chrisbharrison. That is all.”

Costar Chase McNary then offered his perspective, seemingly taking a jab at Stone. “Hey bud,” he replied. “I understand you’re embarrassed. However, I recall there was a good bit they did cut out that you should probably be grateful for. So maybe relax on calling out the edits and it will blow over much quicker for ya…”

The Bachelor in Paradise finale and reunion airs on ABC Tuesday, September 17, at 8 p.m. ET.