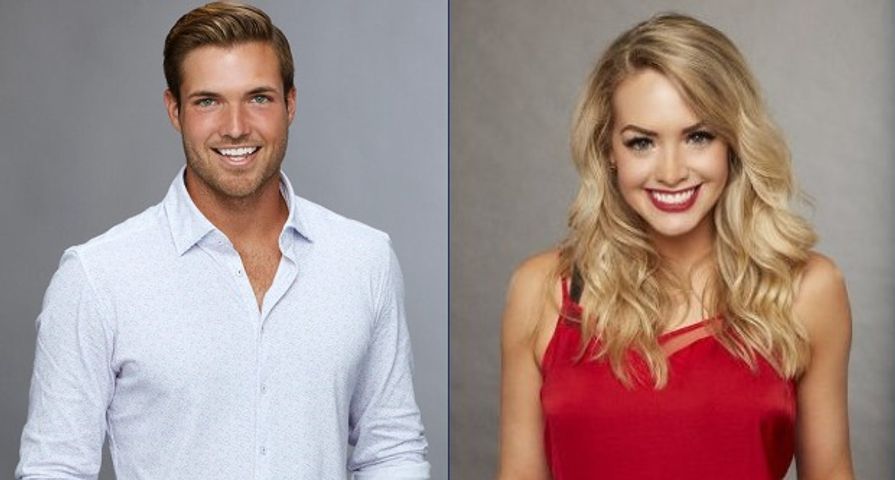 Only one day after Reality Steve revealed on his website that Bachelor in Paradise‘s Jenna Cooper was allegedly cheating on her new fiance Jordan Kimball, Kimball spoke out on Reality Steve’s podcast on Wednesday, September 12.

“I’m remaining extremely civil,” Kimball said in the aftermath of the whole ordeal. “In the most uncomfortable way, I am here for her because she is really going through a tough time. I have forgiven her, and it hurts me to even have to forgive her because that means that I’ve accepted that this has happened.”

As previously reported on Tuesday, September 11, Reality Steve published screenshots of apparent text messages between Cooper and another man that showed she was faking the whole romance with Kimball only hours after the Bachelor in Paradise season five finale aired that showed Kimball and Cooper getting engaged.

While Cooper has adamantly denied the allegations she was having an affair or cheating, Kimball spoke out saying he believed the texts were hers, and clarified his stance on the podcast. “She’s just been denying it,” he told Reality Steve. “She’s been telling me that she’s going to prove it all wrong. And she’s asked me if I’m going to be there for her, and I’m like, ‘Look, you’ve got to prove it wrong first.’”

“It is extremely hard to talk about but when I read these texts, I can hear her voice saying it.”

He continued, “The structure of the speaking and the facts this gentlemen has about her…it’s scary. It gives me chills.”

“Once you get played, the last thing you want to do is get fooled as well,” he added. “Right now I have to take myself away from this until it’s proven otherwise. And with all this information, the likeliness of that … this makes no sense that this could be someone framing her. It’s a lot to take in. It’s been a very short amount of time.”

While it was unclear whether the pair had officially split, Kimball took to his Instagram later to confirm he had ended the relationship. “I deal with unreasonable circumstances reasonably and have come to terms with a decision to remove myself from the relationship, it breaks my heart to think, feel and fall for this. It’s dropped me. Fumbling emotions and being understanding is not easy. I’ll be taking time to pursue my inner peace and she will always have me to talk to, if you’ve reached out to me, allow me time. Thank you to those that have,” he shared.