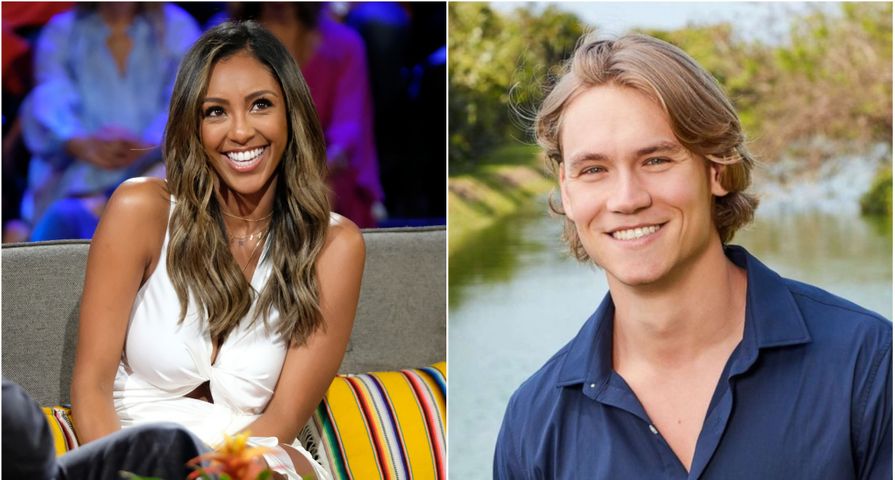 “John is not thrilled about Tayshia publicly airing her grievances on a podcast,” a source shared with Us Weekly exclusively.

“JPJ broke up with Tayshia,” claimed a second insider source, who says John Paul Jones was the one who ended things between the couple. “He saw her one time after his move to Los Angeles on Friday, October 25. JPJ did not make the move to L.A. for Tayshia. He ultimately moved to L.A. to pursue his acting career. He has been auditioning like crazy and is excited for his next chapter.”

In season 6 of Bachelor in Paradise, Jones and Adams fell for each other, but then later called it quits on their relationship before they left Mexico. Adams then flew to Maryland to reunite with him and try to make their relationship work. Unfortunately, in October, Adams announced the couple’s split via Instagram.

On Wednesday, November 6, Adams opened up to the “Bachelor Happy Hour” podcast about the reason why the couple went their separate ways. “I would never badmouth John. We both have our flaws. I think communication is a really big deal,” she revealed. “I learned from a previous relationship that I’m very much so over communicative, but that’s all I can do. What he can do is listen to that and try to navigate that relationship with that information I’m giving him. If you’re choosing to have that stuff go in one ear and out the other, that’s on you.”

Adams also talked about how the difference in age took a toll on their relationship. “I told him, I’m like honestly, ‘I just want you to experience a little more life. I feel like you just need to live a little bit and learn a little bit because I feel like I can only do so much,’” she said.