Home » Trending News » Bachelor in Paradise Finale: Which Couples Are Still Together?

Bachelor in Paradise Finale: Which Couples Are Still Together? 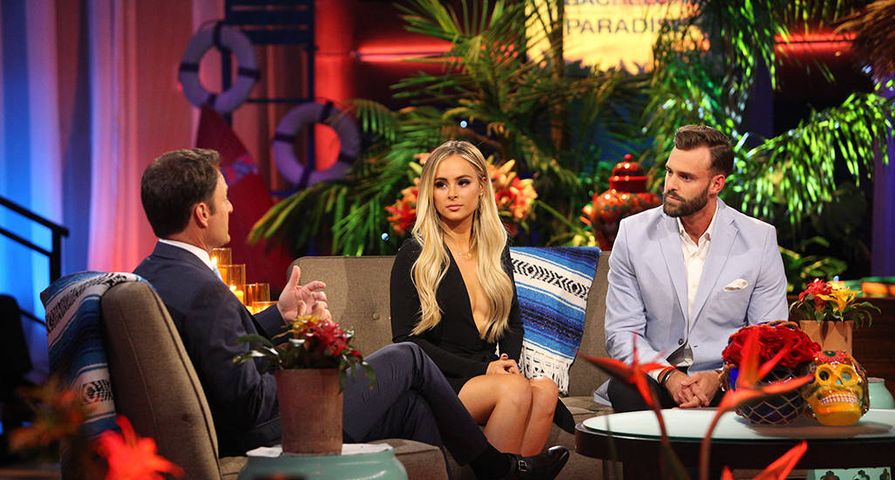 The highly anticipated season 4 of Bachelor in Paradise has officially ended, and so have many of the couples we vied for during the last few weeks!

Last night’s finale episode was highly revealing and proved that many couples couldn’t survive outside the reality TV show. Follow along for our recap of where all the remaining couple’s left their relationship status by the end of Paradise:

Christen, or “scallop fingers,” left her status with Jack Stone as friends despite his hope that something more would come of it. He sauntered off angrily and was not pleased to be sent back to America alone.

Lacey Mark and Canadian Daniel left Paradise in what seemed like complete bliss with Lacey even commenting, “what could possibly go wrong?” After an intense chat with Chris Harrison it became clear the two are not together and Daniel actually lied when he told Lacey he was falling for her.

In one of the most controversial love triangles of the season between Dean Unglert, Kristina Shuman and Danielle Lombard, fans were definitely intrigued to see if Dean and D. Lo were able to make it work. Dean cried about Kristina leaving and ultimately decided to say goodbye to Danielle. As soon as we started feeling even remotely sorry for Dean, Danielle revealed that he was still calling both her and Kristina following the series. Seriously Dean?

Another harsh breakup seems to have occurred between Amanda Stanton and Robby Hayes! Robby was accused of cheating on Amanda, which he denied, but Amanda commented that allegedly she received photo evidence of him with another woman. She also commented how she gave him “maybe 20 chances” but ultimately their ideas of a committed relationship were just too different to make it work.

For a hint of optimism, a few BIP couples are happier than ever and found a way to make it work! Adam Gottschalk and Raven Gates are still together and spent their time since Bachelor in Paradise travelling and getting to know each other more. Adam even met Raven’s parents live on the reunion show and Gates has plans to meet Adam’s family this coming weekend!

Taylor Nolan and Derek Peth hit it off almost immediately when Paradise began and were undeniably the most solid couple on the show this season! While talking about how amazing and genuine their relationship was, Peth got down on one knee during the reunion and proposed to Taylor which shocked fans and Bachelor contestants alike!

It was a summer filled of drama and controversy in Bachelor nation this year, but at least one couple came out happily engaged and thankful for the show bringing them together!