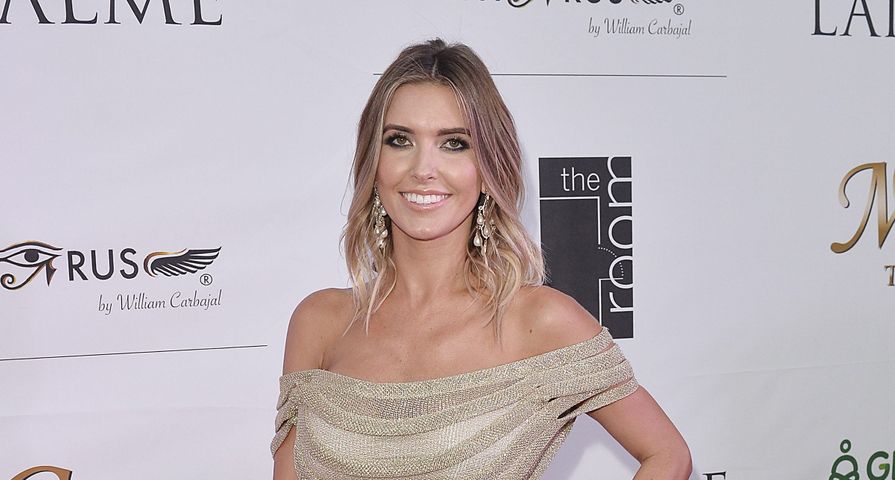 Don’t expect anyone from the The Hills to attend their co-star Audrina Patridge’s upcoming wedding.

With a baby (that she announced on Instagram) and a wedding on the way, the reality TV star Audrina Patridge is careful not to put too much more on her plate. Patridge has pushed back her wedding with Corey Bohan until this November, and told Fit Pregnancy and Baby that this was to help ease her stress. “I didn’t want to rush getting married, because stress is bad for the baby. I was a little worried about people judging me for it, but Corey wasn’t,” she told the magazine. “He said, ‘Stop caring what people think. Their opinions don’t matter.’ Anyway, we’ve already been together for so long, it’s like we’re already married. It’s just a title at this point—and a ring.”

The couple are planning a smaller wedding with family and friends. In her interview, Patridge said, “We just finalized the guest list, and it’s about 130 people, mostly family. As far as friends go, we only invited the ones who’ve been there for us in the past year and who will continue to be there for us for the next 30.”

Evidently, none of her The Hills co-stars met the requirement. Patridge admitted,  “No one from The Hills made the cut. If we were doing a really big wedding, I’d invite them, but we’re keeping it intimate.”

Patridge is also adamant that her own daughter stay out of the spotlight until she’s 18 years old. The already protective mom told the magazine that she dislikes people touching her pregnant belly and hasn’t hesitated to tell them.

She’s also soaking up every minute of being pregnant and has been fortunate not to experience many symptoms. “I’m glowing and happy. There were three or four days during my first trimester when I could not get out of bed and all I wanted to do was sleep. But overall, I’m feeling good! Watching my body transform has been amazing. I feel like a woman now.”