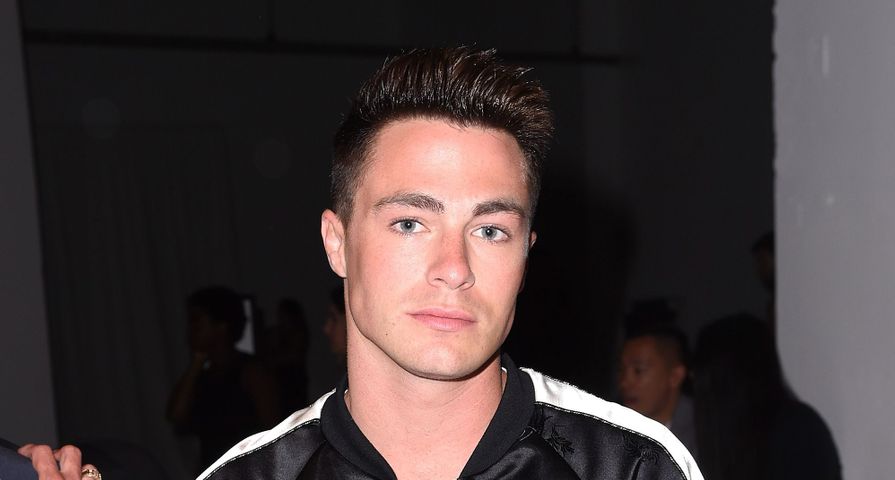 Fans of actor Colton Haynes know that he is the life of the party and the first to extend a smile, but behind all of the smiles is a surprisingly dark past.

Haynes who is best known for his roles on MTV’s Teen Wolf and the CW’s Arrow, publicly came out as gay earlier this year, and in a new interview with OUT magazine he really opened up about struggling with his sexual identity and coming out to friends and family when he was younger, and the tragic events of his father’s suicide.

Haynes grew up in Kansas where he says “you couldn’t be gay,” which led the star to not only conceal the truth about himself but also develop anxiety about it until at 14 he finally came out. According to Haynes, he was then the victim of severe bullying and his mother wouldn’t accept it so he ran away to live with a friend, and after that he found out his father had taken his own life.

“I’m the last person in the world who would say, ‘Oh, my dad—pity me,” Haynes said, revealing he was never close to his dad as his parents were divorced. “But I was told that my dad killed himself because he found out I was gay. So, of course, I lost it and was like, ‘How could you say something like that?’ And no one will ever really know the truth. But my brother and my mom went to pick up my dad’s stuff, and the only picture on his fridge was my eighth-grade graduation picture. So I was just like, F–k.”

After getting through the difficult time, Haynes finally made his way to Hollywood where his management counseled him to once again hide his sexuality. “I feel really bad that I had to lie for so long. But I was told that was the only way I was going to be successful,” he tells OUT. “When you’re young in this industry, people take advantage of you, and they literally tell you that your dreams are going to come true. If you believe that, you’ll do anything. And you do believe it, especially if you’re from Kansas.”

As for finally coming out in an interview with Entertainment Weekly, Haynes stated that even that didn’t go well as he faced backlash because readers were angered that in the article he didn’t “definitely” say he was gay. “I said I was gay, like, 50 times during that interview,” Haynes insists. “That’s just not the way they chose to print it. I would never try to hold that back, especially for my first out interview.”

Now, Haynes is forging ahead in his career with the announcement that he has landed a role on Scream Queens second season.