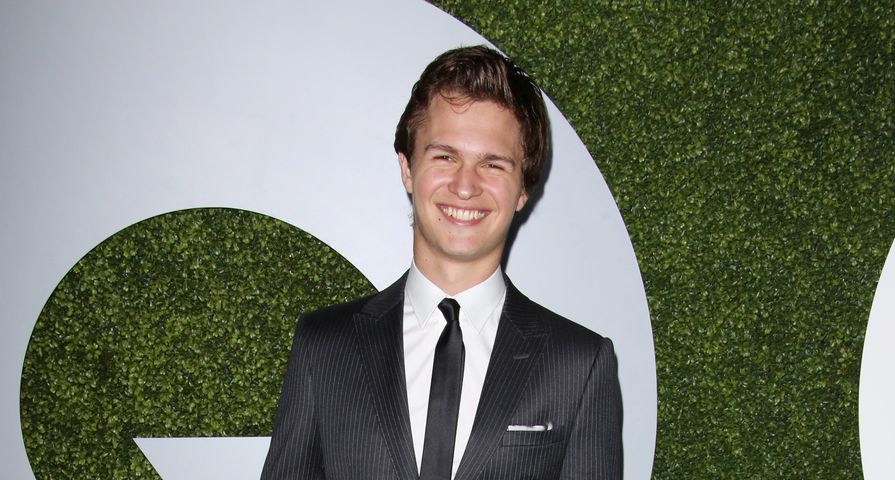 At first glance actor Ansel Elgort, 21, seems like a shy and charming young man and while the Fault In Our Stars heartthrob is most definitely handsome and charming, he is less than shy in a recent interview with Elle for their March 2015 issue, opening up about losing his virginity and his sex life with current girlfriend, Violettta Komyshan.

“I was 14. I had no clue what I was doing, and neither did the girl,” he admitted of his first time. “I didn’t even make the lighting good. That’d be one thing I’d do differently. It was, like, fluorescent, bright bedroom light, like, over the covers.”

But if you think that the awkward experience scared him off, you’d be wrong, “The only thing that made me feel better was doing it again. [But] don’t make me sound like a playboy, because I’m not.”

Elgort makes it very clear he is a one woman man, as Komyshan is actually his highschool girlfriend and the two recently got back together after a brief break.

“I like romanticizing romance. I don’t know how open I am supposed to be here. I think I could say this: If you like someone and the sex is really good and you enjoy spending time together, why wouldn’t you make that person your girlfriend? Why go around dating random girls and having terrible sex when you can be with someone you really like?”

Which is something Elgort says he has with his girlfriend, “If you can find a girl who you can go to an EDM concert with, have a conversation with, who will sit on the couch and watch you play GTA for three hours— and then you go to bed and have amazing sex? That should be your girlfriend.”

Elgort will be seen reprising his role as Caleb in Insurgent, the second intstallment of the Divergent franchise set for theatres in March 2015.