Andreas Georgiou To Appear On The Bold And The Beautiful 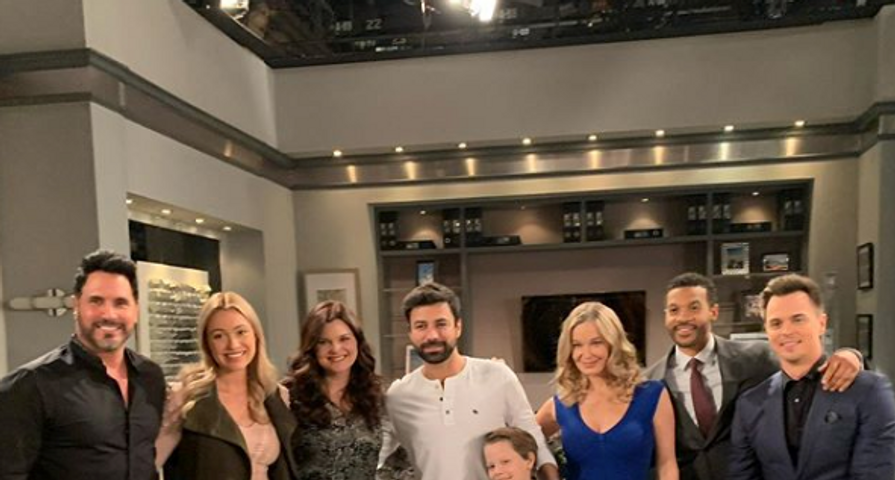 Greek actor Andreas Georgiou will appear in an upcoming episode of The Bold And The Beautiful (B&B). He recently visited the B&B set and posted a backstage photo of himself on Instagram with John McCook, who plays Eric Forrester.

“Break in the dressing room with the legendary Eric!” Georgiou captioned his photo.

“Lucky us!!” Gareis captioned the photo. “We got a visit from the famous Greek star Andreas from the European series #8lexeis.”

Fans were quick to express their excitement in seeing Georgiou on the B&B set.

“Great photo!” one fan commented. “Andreas produces and stars in some of the best series in Greece.”

Another viewer is hoping his appearance will lead to a B&B Greece location shoot. “Next step is to come in Greece to make some episodes for @boldandbeautifulcbs.”

Georgiou stars in and is the supervising director on the hit Greek television series 8 Lexeis. Katherine Kelly Lang, who plays Brooke Forrester on B&B, recently filmed a number of episodes on the show in September.

No details have been released yet on what character Georgiou will play or when he will appear. Keep watching B&B to find out!