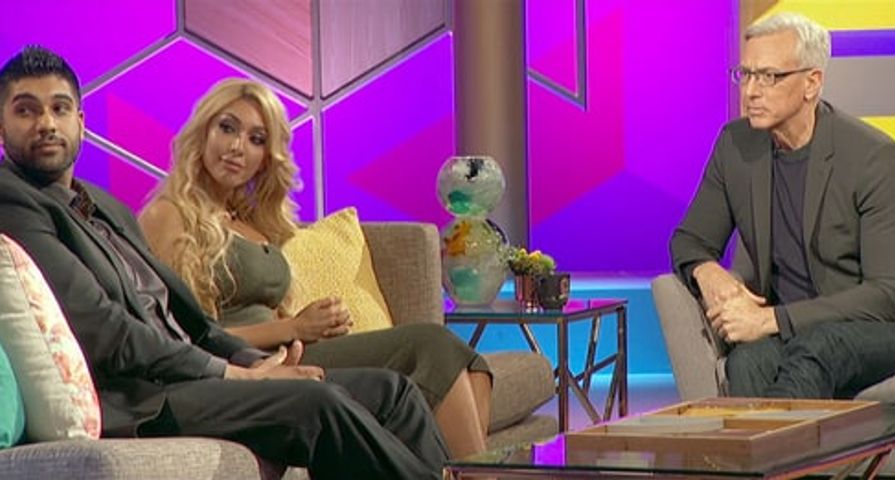 Fans of Teen Mom OG know that things aren’t exactly friendly between star Farrah Abraham, and pretty much everyone else, especially her three other co-stars, but things got taken to a whole other level on part 2 of the Teen Mom OG reunion special.

Back in October there were multiple reports that Amber Portwood stormed the stage to fight Farrah Abraham after Abraham and her “friend” Simon called Amber’s fiance Matt Baier a “pedophile,” and on Monday, December 5th, they finally got to see the dramatic moment.

In the episode., Dr. Drew was asking Simon Saran about his Snapchat videos in which he suggest Matt looked like a pedophile and was seemingly headed towards smoothing things over when Farrah interjected with, “Well, I’m sorry Matt probably looks like it.” It didn’t take too long before Amber stormed the stage to confront Farrah, yelling, “Just because somebody is 20 years older than you doesn’t mean he’s a f–king pedophile. Shut your f–king mouth, do you understand me.” Farrah only got up, and wasn’t saying too much back, and then Amber took a swing at Farrah.

Afterwards, Matt and Farrah’s father Michael got involved, which resulted in Matt shoving Michael to the ground and off of the stage.

Once everything had calmed down, it wasn’t too surprising that Farrah did not return to the stage with Maci, Catelynn, and Amber for the final segment, but the three women made it clear they were not going to stand for Farrah’s nonsense anymore. Maci furiously stated that for the past eight years they had been working harder than Farrah for the show while she did whatever she wanted, and then all three took off their mics and walked off stage in protest.