Afroman Arrested Mid-Concert After Punching Female Fan In The Face 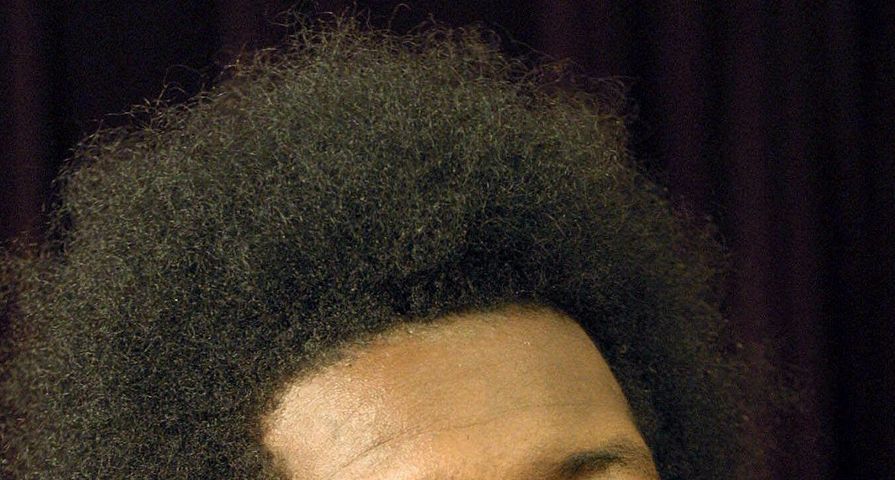 Rapper Afroman, 40, who is best known for his single “Because I Got High” is still performing concerts (that’s news to us), unfortunately however it seems all that time getting high hasn’t made him mellow at all.

Afroman was performing at the Kress Live venue in Biloxi, Mississippi, but never got to finish the set after being hauled off stage mid-concert and arrested after delivering a devastating punch to a female concert-goer who got too close to the rapper.

A video that is making its round on the internet captures the whole incident and shows Afroman with his signature hair, playing his guitar at the Fat Tuesday show when a female attendee somehow gets on stage and listens for a bit before moving closer to the rapper and dancing on him.

As soon as he realized someone was near him, without hesitation he wound up and delivered one heck of a blow to the fan who fell immediately, and Afroman just continued on with the show as if nothing happened.

Witnesses stated that the woman was bleeding and crying but she did manage to get up on her own and make her way off the stage and proceeded to file a report. As soon as police arrived the show was stopped and Afroman was taken away in handcuffs and was booked for assault before being released on a $330 bond.

The rapper himself has not spoken out about the incident but his rep released a statement explaining that the rapper was only reacting because he didn’t know who was on the stage or what their intention was given lack of security at the event.

“This was a completely involuntary reflex reaction to people infringing on his stage space. It was uncharacteristic behavior that was initiated by outside uncontrolled forces.”

Check out the incident below!