Adain Bradley Dropped To Recurring On The Bold And The Beautiful 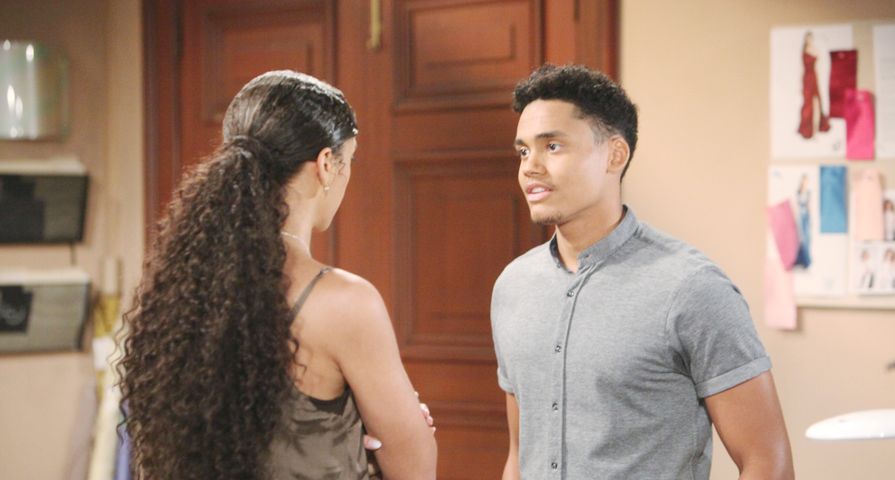 Adain Bradley, who plays Xander Avant on the Bold And The Beautiful (B&B), has been dropped to recurring status on the soap, according to Soap Opera Digest.

Viewers had been wondering what happened to Xander. He hadn’t been seen onscreen since the aftermath of the baby Beth secret reveal. He and girlfriend Zoe Buckingham (Kiara Barnes) were fired from their positions at Forrester Creations, for their parts in keeping the Beth secret, back in August.

The character of Zoe returned to B&B in October, when she ran into Thomas Forrester (Matthew Atkinson) at his friend Vinny Walker’s (Joe LoCicero) apartment building. It was there that she revealed to Thomas that she and Xander had broken up.

Bradley has been playing the part of Xander on B&B since 2018. He was introduced on the show as a cousin to Maya Avant (Karla Mosley) and was hired on at Forrester Creations as an intern. Maya’s cousin became an integral part of the baby Beth storyline, after having overheard Zoe and Flo Fulton (Katrina Bowden) discussing the secret.

Xander also did some digging after his ex-girlfriend Emma Barber (Nia Sioux) passed away in a car accident. He discovered that Thomas had followed Emma and was partially responsible for what had happened.

Although he won’t be seen as often on B&B, it doesn’t look like Bradley will face a shortage of work, however. He just wrapped up shooting on two different films, Butter and Wrong Turn. He’s also had short stints on several TV series including Riverdale, Mr. Student Body President and All About The Washingtons.

Now that Bradley has been dropped to recurring status on B&B, when should viewers expect to see Xander again? Keep watching B&B to find out!