Home » Trending News » ABC’s Cast From The Past Week Set To Reunite Stars From ‘Charmed,’ ‘Cheers,’ And More

ABC’s Cast From The Past Week Set To Reunite Stars From ‘Charmed,’ ‘Cheers,’ And More 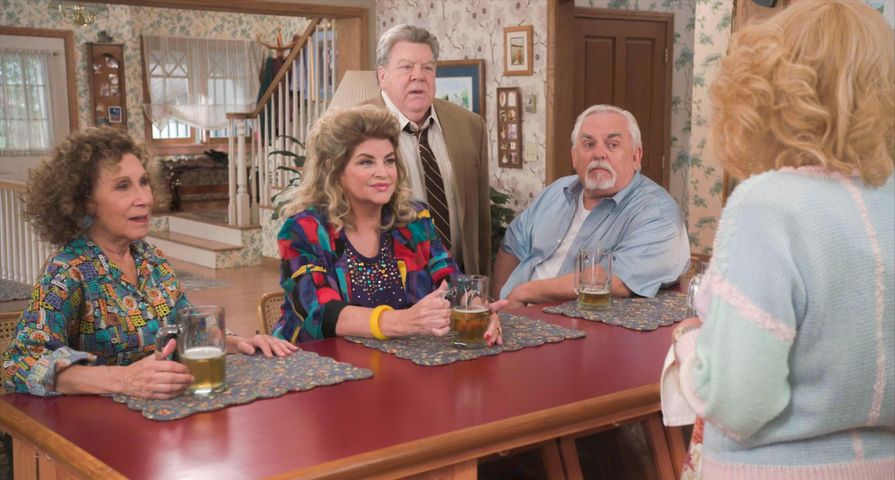 The biggest premieres for ABC’s fall TV are just around the corner, and this season, TV audiences are in for a real treat!

As part of this fall’s programming, ABC is hosting a special “Cast from the Past” week in which casts and crew from former beloved series will be reuniting on current television favorites.

The Cast from the Past Week begins on October 7 when Robert Sean Leonard from the medical drama House appears on The Good Doctor, as both series were created by executive producer David Shore. In the episodes Dr. Claire Brown faces complications at home and work as she prepares to lead her first surgery. Meanwhile, a sports fishing accident challenges the rest of the staff as they look to treat the fisherman’s (Robert Sean Leonard) injuries without damaging his prize catch.

The following night, The Conners will reunite John Goodman with his Blues Brothers 2000 costar Dan Aykroyd as old poker friends in an episode titled “The Preemie Monologues.” That night will also feature a Wet Hot American Summer reunion on Bless This Mess, and Girlfriends stars Golden Brooks, Jill Marie Jones and Persia White will appear alongside former costar Tracee Ellis Ross on her hit series Black-ish.

On Wednesday, October 9, fans can expect to see Kirstie Alley, Rhea Perlman, John Ratzenberger and George Wendt from Cheers reunite on a brand new episode of The Goldbergs. In the episode titled “Food in a Geoffy,” when a job for Geoff Schwartz’s new food delivery service goes awry, it’s up to Murray and Geoff to race all over Jenkintown in search of an important cheesesteak. Along the way, a handful of local customers (Kirstie Alley, Rhea Perlman, John Ratzenberger and George Wendt) are anything but helpful. When the search finally ends, Beverly invites them over; and even though it’s the Goldbergs’ house, you might mistake it for a bar where everyone knows your name.

On Thursday, October 10, the Halliwell sisters are headed to Grey Sloan Memorial on Grey’s Anatomy! Former Charmed stars Alyssa Milano and Holly Marie Combs will be reunited to once again play sisters who have to decide whether or not to keep a third sister alive after she is left brain dead following an accident on a construction site.

On Sunday, October 13, the week of reunions comes to an end with former Castle stars Seamus Dever and Jon Hueras reuniting with former costar Nathan Fillion on his new hit series The Rookie. In the episode, “The Bet,” Officer Nolan navigates building tension in his relationship with Jessica and a developing rapport with Grace while working a high-stakes criminal case involving an undercover homeland security agent. Meanwhile, Officer Chen meddles with Officer Bradford’s love life, and Officer Lopez learns some surprising news about Wesley.

For a full list of the week’s reunions check it out here.