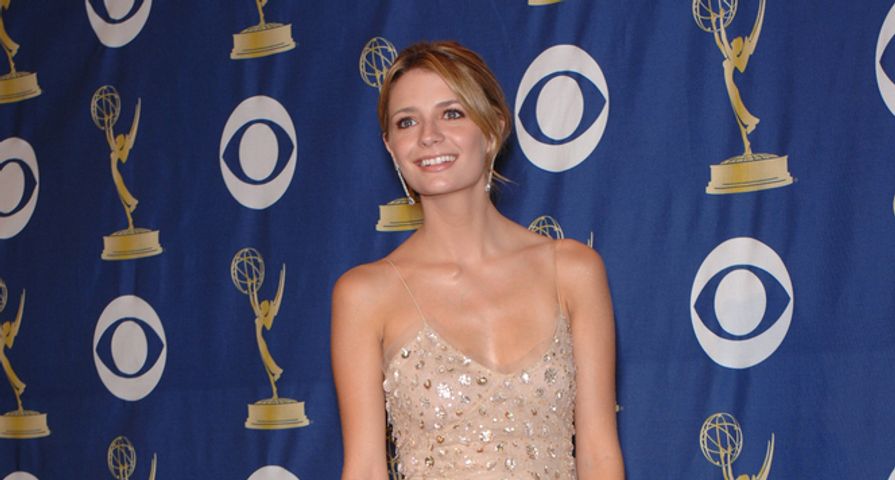 Mischa Barton took Hollywood by storm in 2003. She had a starring role on the trendiest new show “The O.C.” and she was intimidatingly beautiful. At the beginning of her career, she was a budding fashion icon. She showed up on numerous best-dressed lists thanks to her affiliation with stylist Rachel Zoe. Unfortunately, a few years after bursting onto the scene there came a point when Barton was suddenly unable to do anything right on the red carpet. She went from best dressed to worst dressed in the blink of an eye, which makes us wonder – what happened?! Take a look and see for yourself:

Mischa Barton opted for a beachy look at the 2003 Teen Choice Awards. The dress definitely helps her stand out with its vibrant colors, but it isn’t the nicest looking dress. The material looks a bit too much like paper mache and it doesn’t fit her especially well. It makes her look heavier around the hips, which is ironic considering her pin-thin frame at the time. Lucky for her she had a starring role on “The O.C.” as the incredibly fashionable Marissa Cooper.

The red carpet ensemble Mischa Barton wore to the 2004 Emmy Awards landed the young starlet on People’s best-dressed list. She looked stunning in a sophisticated 1920s-inspired, hand-beaded dress by Maggie Norris. At this point, no one could stop talking about the young starlet. She was now a regular in fashion magazines and on red carpets. In 2004, Women’s Wear Daily declared her “a triple threat in entertainment, fashion and beauty.”

The O.C. star once again landed on People’s best-dressed list when she showed up at the 2005 Emmy Awards wearing a form-fitting champagne-colored Oscar de la Renta spaghetti-strap gown with shimmering beadwork. Even though she was only 19 at the time, she was clearly establishing herself as a fashion icon. It was around this time that she started using Rachel Zoe’s services, which could explain how her style suddenly became so sophisticated.

Mischa Barton attended the Marchesa Spring/Summer 2007 Fashion show wearing this shift Marchesa dress with hand-embroidered swirl details. She was spotted at an after party with Rachel Zoe and the ladies who established Marchesa, Georgina Chapman and Keren Craig. Barton’s style at this point is impeccable, which must mean that she was using Rachel Zoe’s styling services. She didn’t do anything interesting with her hair though, which would have really brought the look together.

Mischa donned a Matthew Williamson dress for Fifth Avenue’s collaboration with Vanity Fair to launch Want It! The dress looked fabulous on the young star and it proves once again that she was a fashionista in the making. It was around this time that her character was killed off of “The O.C.” The actress said that she left the series to focus on her film career, but it never really took off. Shortly after this, her fashion also begins to change and not for the better.

Mischa Barton tried a new look out at the Marc Jacobs Fashion Show in 2007. She wore what looks like a red shapeless cape over what we think is a mini dress. A year before, “The O.C.” star was a respected fashion icon in the making, but she got it all wrong with this outfit. She was obviously not working with a personal stylist at this point and she clearly had trouble discerning what looks good on her body. With a figure like hers, a mini dress would look good – forget the cape!

For a couple of years, Barton was a constant on best-dressed lists; however, the Missoni gown that she wore to MET Gala in 2008 landed her on many worst dressed lists. The dress itself is shapeless and makes her look heavy in her midsection and the sleeves are awful. She is clearly well on her way to losing her once great sense of style. It almost seems like she didn’t learn anything from Rachel Zoe, which is a great disappointment.

Mischa Barton wore this white satin chiffon draped Marchesa Fall 2010 column gown with a ruffled off-the-shoulder neckline and a diamond crystal clutch to the amfAR Cinema Against AIDS Gala in 2010. The dress is pretty, but the draping around the neckline isn’t especially flattering. Also, the gown itself seems to hide her waist and hips. Barton always looks best in dresses that hug her curves while drawing attention to her hourglass figure.

Mischa Barton looked lovely at the Serpentine Gallery Summer Party in this tiered floor-length Luisa Beccaria Spring 2012 gown, showing us that the stylish star from “The O.C.” is still here. The dress was ridged from the chest down with a demure high neckline while the lower half of the dress was semi-transparent. With great red carpet outfits like this, we don’t think she needs a stylist. The question is: Can she keep it up?

After a fashion win at the Serpentine Gallery Summer Party, Mischa Barton wore this frumpy looking Alice by Temperley cream dress with a black ribbon to the BritWeek launch party. It isn’t the worst dress that she’s worn, but she looks so much better in sleek dresses that really show off her figure. Mischa is clearly still struggling to get her sense of style back. Her best fashion years were with Rachel Zoe’s help, so maybe she should just bit the bullet and hire her again!