9 Celebrities Who Refuse To Fix Their Flaws! 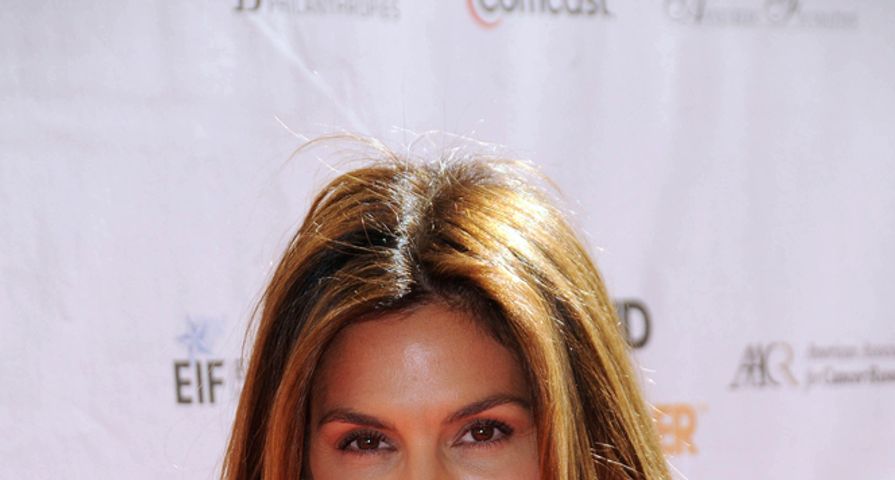 In Hollywood, there’s a lot of pressure put on actresses to look a certain way. They usually have to look young, be thin and have perfect skin and teeth. Many stars end up conforming to these standards, which is why so many of them look the same. Some celebrities, however, refuse to change their idiosyncrasies, insisting that these differences give them character. Here are 10 celebrities who refused to fix their flaws!

Kelly Ripa has always been pin-thin and, like most naturally skinny people, she doesn’t have much going in the chest area; however, she is perfectly okay with that. She isn’t interested in going under the knife to enhance her bust – now or ever. “I would never have a boob job,” she told Life & Style. “I am too wimpy. I like to say I’m a 32A long,” she added. “I’ve added the long because I’ve nursed three kids.” Most women are pretty insecure about being flat, so this is refreshing!

Tina Fey was the victim of a knife attack when she was only five years old, which left her with a large scar that runs down her left cheek. Even though it is quite visible on her face, she refuses to succumb to Hollywood’s ridiculous standards for beauty. In her book, “Bossypants,” the vocal actress creates her own rules for beauty. “If you retain nothing else, always remember the most important rule of beauty, which is: who cares?”

This Oscar-winning actress embraces that fact that she doesn’t look flawless like a photoshopped image in a magazine. “I look like the people that walk down the street. I don’t have perfect boobs, I don’t have zero cellulite,” Winslet said. She also gets annoyed when moviemakers try to smooth her wrinkles. “I have wrinkles here, which are very evident, and I will particularly say when I look at movie posters, ‘You guys have airbrushed my forehead. Please can you change it back?”

Sienna Miller is one actress who accepts her body no matter what– cellulite and all! “My cellulite wouldn’t look very good in a bikini. Let’s face it, my so-called fabulous shape is the result of very clever airbrushing – I have small boobs and cellulite. I don’t really exercise and I eat all the burgers I want. I do feel my metabolism slowing down [but] I’m lucky because I’m young. But I’d rather be lumpy and heavy than skinny and miserable,” the “Factory Girl” star said.

Anna Paquin is one actress who refuses to interfere with her looks. “I don’t really care about my teeth, but I think any woman on this planet could say, ‘I wish my ass was smaller, my arms were thinner and I had green eyes not brown.’ I think anyone is as critical as they have the energy to self-obsess, but I also know as an actress you are more limited if you interfere with your looks. If you have a whole bunch of work done with your teeth and your face and your boobs then you’re only going to play modern people. That’s a big choice to make. Very limiting,” the “True Blood” star said.

In many ways, Vanessa Paradis is considered conventionally beautiful; however, her smile – with the gap between her front teeth – is considered unattractive by Hollywood’s standards. That, however, doesn’t mean the former model is interested in conforming. “Why would I fix them?” she said. “I was born with them. I can spit water through them. They’re useful!” The French call the gap between the front teeth, “les dents du bonheur,” which translates to “lucky teeth” in English.

Kisten Dunst doesn’t have a conventional smile, which is quite refreshing. Even though she has been encouraged to fix her teeth, she has embraced her crooked grin, refusing to succumb to Hollywood’s standards of beauty. “I love my snaggle fangs. They give me character and character is sexy. People comment, but the only person who ever told me to fix them was my mom…I just went my own way, like daughters do,” the Golden Globe-nominated actress said.

Sarah Jessica Parker has been working in Hollywood since the ‘80s; however, that doesn’t mean she hasn’t been harassed about her unconventional appearance. According to the “Sex and the City” star, she has weathered her fair share of criticism, but she hasn’t given in! “There were some not-terribly-veiled conversations,” she said, referring to criticism by industry types about her looks. “Anything from as silly as plucking my eyebrows to getting my nose fixed. Nothing that stayed in my brain for very long.”

Cindy Crawford considered getting her trademark mole removed; however, after talking it over with her mother, she changed her mind. “My mother always said, ‘You know what your mole looks like, you don’t know what the scar is going to look like.’” The former supermodel has no regrets about keeping the mole. “It’s the thing that made people remember me, and it made a lot of women who also have beauty marks identify with me. They set you apart,” Crawford said.