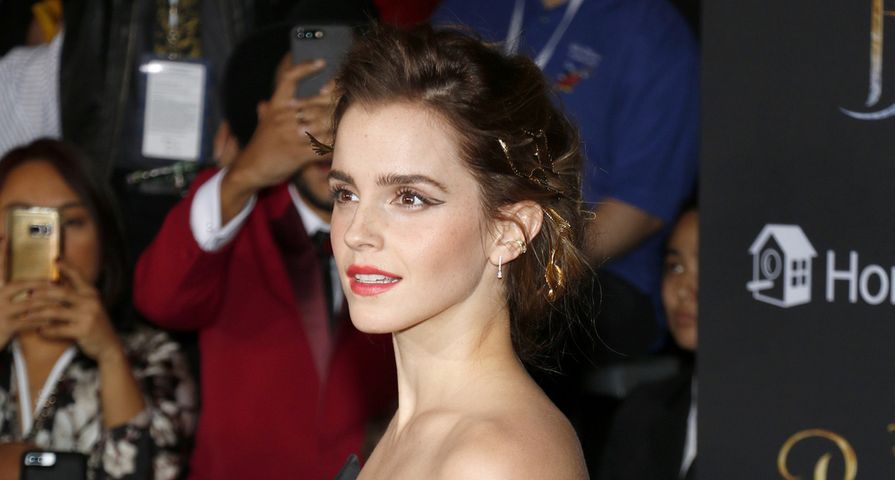 Emma Watson is one of the few actresses we watched completely evolve since childhood on the big screen. From her first debut at only 11-years old in Harry Potter, to her latest lead as Belle in Beauty and The Beast, this stunning star has truly grown up into one of the most elegant women in Hollywood. Watson isn’t afraid to take risks with her style and exudes a poised confidence that has helped her remain a fan favourite actress throughout her entire career. With that being said, Emma’s elegant style hasn’t always been her strongest quality, especially when it comes to hair! She has even admit herself that some hair styles she tried in the past weren’t her finest. Follow along with Fame10 as we rank Emma Watson’s variety of hair styles, cuts and colours from worst to best.

We couldn’t compare Emma Watson’s hairstyles without mentioning Hermione’s signature hair from the original Harry Potter movie. Despite the awful frizzy mess, can we really blame Watson when she was only 11-years old when she took on this role? Watson herself has even admitted her distaste for the specific hairstyle and stated, “When I see the images of the first Harry Potter, I immediately think of how ugly my hair was.” Don’t worry Emma, the years to come would make you a hair icon in our books!

9. Premiere of Harry Potter and The Chamber of Secrets — 2002

As Watson moved on to the second Harry Potter film, her hair became slightly more tame and she donned a youthful side-clipped part at the premiere. This look seems age appropriate, but we would have loved to see her thick locks cut into more light layers and face framing bangs to take some weight off her shoulders. Despite this, we’re happy the stylists let this young starlet’s natural hair run free considering how incredibly young she still is.

The 7 Most Outrageous Celebrity Wigs

It’s clear that Watson’s hair becomes more stylized as time passes, but this look definitely wasn’t one of her best styles. Although the warm-toned colour seems to highlight her fair complexion well, the thickly swooped bag and perfect ringlets seem to be slightly too mature for Watson at this age. It looks as if her stylist tried to re-create a ’60s mod bob rather than a whimsical, light look. The side part seems too deep for Watson’s delicate features and seems to overwhelm her face rather than complimenting it.

7. Premiere of Harry Potter and the Deathly Hallows Part One — 2010

Watson stepped out at the Harry Potter premiere shocking everyone with her freshly cropped pixie hairstyle. We love the bold look on Emma and applaud her for taking such a beauty risk, but we’re not sure this look was the most flattering for her. The pixie cut definitely highlights her sharp cheekbones, but we miss the feminine layers that flattered her face. Although this look was elegant, it didn’t seem to suit Watson’s polished sophistication and came across a bit too rocker-esque.

In 2013 Watson’s once blunt pixie cut had grown out to just beneath her ears and this look definitely was a lot more flattering for her! The length of her hair perfectly hit above her chin, which created the same effect as the pixie cut by highlighting her delicate features and sharp jawline, but with an added softness. Although we love this length on Watson, the slicked bang and tucked ear seemed harsh. The curled bottom of her hair seemed outdated rather than classic and we would have much preferred seeing Watson with a loose wave or with more contemporary straight ends.

When Watson appeared at the Noah premiere in 2014, she donned a chic slicked back hair style which highly resembled the look of a typical runway model. We love how the pulled back bangs allow Watson to proudly show off her strongly arched brows and glowing skin! This style can be super tough to pull off, but leave it to Watson to do so flawlessly! Her teased crown and use of minimal hair product allowed this style to look chic and sleek.

Watson proved she was the queen of intricate updos when she rocked this loose chignon look at the premiere of The Circle at the latest Tribeca Film Festival. She once again pulled all her hair off her face, but this time it was much softer and romantic. Her hair was pulled back into loose, cascading waves and eventually gathered into the nape of her neck to form a purposely deconstructed updo full of braids and twists. Bravo Watson, we are in love with this look!

At the premiere of Regression in 2015, Emma Watson made our jaws drop with this laidback yet refined hair style. She channeled her inner vintage side by allowing loose wisps of hair to fall delicately around her face in lady-like fashion. This deconstructed updo appeared effortlessly undone, but this soft style contrasted beautifully with Watson’s natural, sharp face structure.

In perhaps one of her most elegant styles to date, Watson appeared at the British Fashion Awards in 2014 in a mermaid-inspired side swept part that had everyone talking. In her typical fashion, the style was clean and glamorous yet exuded a specific feminine quality with the polished curls cascading down her shoulder. We love how this look differs from a typical loose wave red carpet style because the pinned back side really allows Watson’s feminine features to shine. She channeled classic Hollywood glamour from the sweeping soft curls to the matte red pout, which landed this look as ultimately one of Watson’s best!

In her absolute most stunning hairstyle yet, Watson stepped out at the premiere of her debut film Beauty and the Beast donning a jaw dropping twisted updo. Rather than a typical red carpet style, Watson took her look one step further and actually paid tribute to her film by twisting golden pieces into the intricate look! During the film, a magical moment occurs during the ballroom scene where golden pieces float down from the sky and attach to her hair and dress, which Watson mimicked flawlessly. Aside from the gold detailing, the updo itself is ultra flattering and features whimsical texturing and loose braids layered throughout the back of her head. The look was both romantic yet edgy when paired against her black jumpsuit, which made this Emma Watson’s most fabulous hair look of all time!