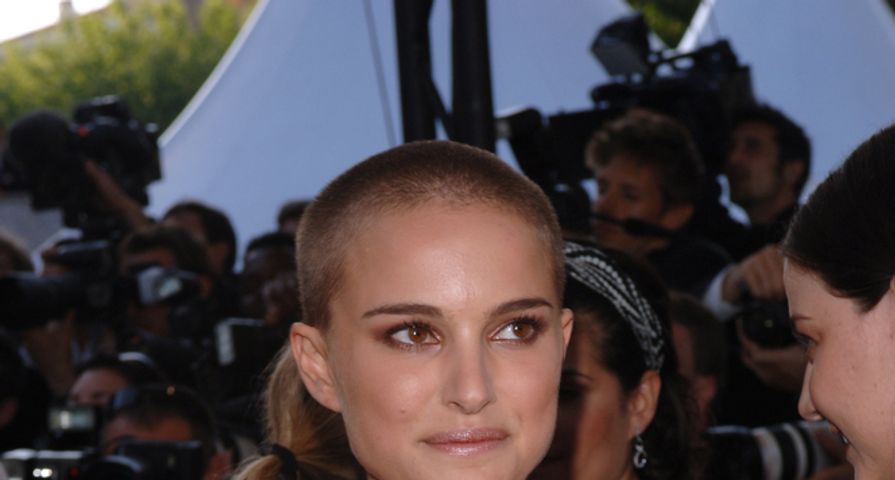 8 Celebrities Who Showed Their Flaws On Social Media

2017 seems to be the year of the shaved head when it comes to celebrity beauty trends. Kate Hudson recently shared a breaking photo on her Instagram of herself with a completely bald head for her new role in upcoming film Sisters. News of her hair evolution came shortly after Kristen Stewart and Cara Delevingne announced their own revolutionary hair cuts for upcoming film roles in recent months. These actresses prove that going bald is liberating and that they have no fear in making a dramatic appearance change when it comes to their careers. Take a look back at other actresses who shaved their long locks for a film role:

Although she is known for her long luscious locks nowadays, Demi Moore’s hair didn’t always look this way! The star opted for a cropped buzzcut in 1997 for her role as Jordan O’Neill in G.I. Jane. In the film she plays a woman battling through gender expectations and proving herself in the male-dominated realm of a U.S Navy Seals training program. A plot line in the film is that Moore shaves her head to prove she is tough and has the qualities of a Navy Seal. Although the role was intended to be a career-making move for her, the actress did not receive high praise and even won the 1997 Razzie Award for Worst Actress.

In the name of the big screen, we’ve seen Angelina Jolie rock everything from long waves, to cropped pixis and even buzzcuts for a movie role. Her most memorable, however, is from 1998 when she shaved her head for the role of Gia Marie Carangi in HBO’s TV movie Gia. The role required her to play a ’70 supermodel and Jolie undeniably was the right casting for the role. She proved that she can rock any look when it comes to hair and pulled off the buzzcut without question.

In 2006, Natalie Portman took to the screen in V for Vendetta to play Evey Hanmond, a British woman who is eventually imprisoned, tortured and forced to shave her head. The scene in the film where Portman gets her head shaved has been cited as one of the most heartbreaking haircuts you’ll ever see in a film. Portman proved she takes her acting seriously with the hair chop and in an act of true dedication, Portman also undertook a language coach to help her perfect her British accent to truly encapsulate the role.

South African actress Charlize Theron had no problem shaving off her long golden tresses to play Imperator Furiosa in Mad Max: Fury Road. Theron played a strong-willed and upright heroine who helped to rescue sex slaves with the assistance of Tom Hardy and a mechanical arm loaded with weapons. She admitted at the 2015 Oscars’ red carpet that shaving her hair for a role was very liberating and confessed to Ryan Seacrest, “I highly recommend it. I think every woman should do it.”

When Anne Hathaway took on the role of Fantine in the 2012 musical remake of Les Miserables, a requirement was that she shave off her signature dark, thick locks. Although some women called the experience of shaving their head freeing, Anne Hathaway had quite the opposite opinion. “When I eventually looked in the mirror I just thought I looked like my gay brother,” she said. Despite being unimpressed with the new cropped style, the role won her an Oscar at the 2013 Academy Awards for Best Supporting Actress which undeniably made the hair evolution worth it.

Cara Delevingne shocked fans when she stepped out this year donning a completely shaved head for her new dramatic role in upcoming film, Life in a Year. She slowly prepared herself up for the change by transitioning her long locks into a super short, choppy pixie with pink streaks in the weeks prior. The role requires her to play a cancer patient who has a year to live and Delevingne admitted it was actually her idea to shave her head. “Before I even got the project, I said to the director, ‘I want to shave my head for it.’ My agents and managers were like, ‘Please don’t! Why would you do that?'” She continued to explain that, “when it’s a part like that — especially when it’s about cancer — I needed to feel what it would be like to have no hair.”

Kristen Stewart also recently stepped out donning a platinum blonde buzzed hair style which was quite a shocking contrast to the flowing brunette locks she used to don. When asked about the new style Stewart simply claimed, “It’s practical,” and added that the style was not a requirement by the Underwater film production. “I mean, I’m not going to be able to have touch-ups once they put the helmet on my head.” Stewart is set to play a mechanical engineer who works in an oil rig and she revealed the hairstyle simply seemed more manageable when playing this role. The star has previously shared that shaving her head was on her bucket list and has admitted she is loving how liberating it feels to have no hair.

In one of the most recent cases of buzzed hair, Kate Hudson shared an elusive photo of herself on her Instagram with a shaved head, which shocked fans who are used to seeing the star with tousled, golden beach waves. The abrupt change is allegedly for her starring role in the upcoming film Sisters, which is directed by Sia, and Hudson is set to work alongside Dance Moms star Maddie Ziegler. Although details of the role have yet to surface, the star revealed the new style was liberating: “Freedom. Compliments of @siathisisacting #OurBeautifulDirector,” she posted as the caption of the debut cut.