Home » Entertainment » TV » 9 Forgotten TLC Stars And Hosts: Where Are They Now? 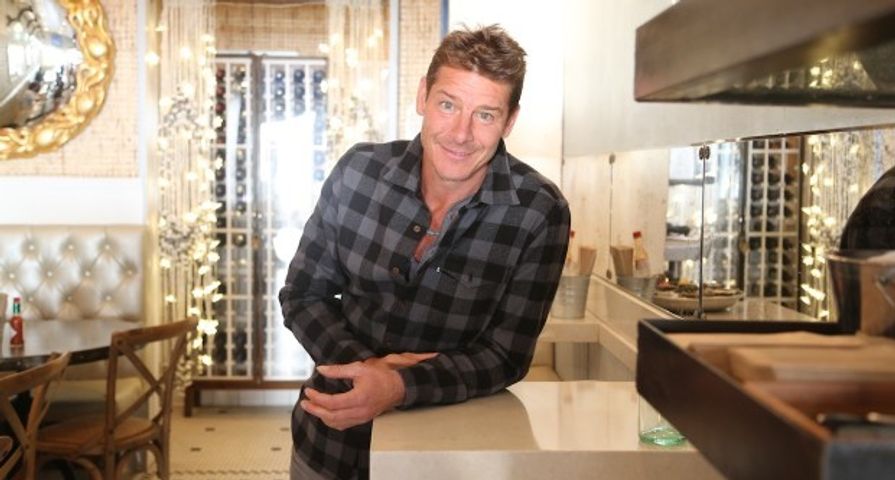 TLC aka The Learning Channel may not be the educational powerhouse it started out as, but there is no doubt that it is still very popular. Now, TLC has done everything from reality series to home renovation shows and shows no signs of slowing down. With a ton of popular shows and their stars like The Little Couple, Say Yes to the Dress, and Little People, Big World dominating the network right now, it is easy to forget some of the original stars and hosts of now forgotten series. Take a look at 9 forgotten popular TLC stars and hosts and find out what they are up to now!

From 2000-2008, Trading Spaces was one of the most popular series on TLC and for the majority of that time, Paige Davis served as the host. After the series came to an end, Davis went on to host segments on The Best of Trading Spaces which aired on OWN and also hosted Home Made Simple on the Oprah Network. Along with other hosting duties, she continued her theater work starring in Chicago, Sweet Charity, Boeing-Boeing and Senga Quinn over the years and is currently starring in the interactive theatre play Miss Abigail’s Guide to Dating, Mating, & Marriage. Of course, with the news that Trading Spaces is being revived the big question was if Davis was also being brought back, and the answer is yes! So get ready for the return of Trading Spaces along with Davis when the hit series returns to TLC in 2018.

One of the areas TLC has especially thrived on is weddings with shows like Four Weddings, Say Yes to the Dress and their spin-offs. For three seasons Something Borrowed, Something New was also in their wedding lineup hosted by Kelly Nishimoto and Sam Saboura. After the series wasn’t renewed following its third season, Nishimoto continued to focus on her personal brand with her own comfy pant line Cute Booty and is balancing being a mom and an entrepreneur. Meanwhile Sam Saboura has taken his stylist expertise to several shows working as a stylist for the Food Network, and worked exclusively as the stylist for Giada De Laurentiis’ Food Network shows Giada Entertains and Giada Italy. He also recently worked as the style expert for SportsCenter from 2015-2017.

TLC has really tried every avenue when it comes to reality series and in 2007 they branched out with A Model Life, a reality series which followed six young models as they moved to NYC and competed to earn a contract with NEXT Modeling. In the end Lucia Dvorska won the first and only season of the series and went on to appear in the 2009 Sports Illustrated Swimsuit Issue. Unfortunately, her career dropped off instead of gaining speed following the issue, but she continued pursuing her modelling dream. Now, Dvorska is a hard woman to track down and is apparently not very active on social media, making it hard to tell what happened to her or her career.

Before HGTV took over as the go to network for home renovation and design, TLC was enjoying success in the genre with not only Trading Spaces, but also While You Were Out. From 2002-2006 Evan Farmer hosted the popular series and afterwards went on to host CMT’s weekly Top 20 Countdown from 2010-2013. Farmer also released his first book in 2012 and is now focusing on being the owner and operator of his shop in Nashville called The Building Barn which features his own line Barn Built.

For years Jon Gosselin was one of TLC’s most infamous stars. It all started when Jon and his now ex-wife Kate introduced audiences into their lives with the series Jon and Kate Plus 8 as they welcomed their sextuplets three years after having twins. After Jon and Kate went through a nasty divorce in 2009 the show came to an end and was renamed Kate Plus 8, eliminating Jon from the show. After his abrupt exit from the spotlight, Gosselin got a job installing solar panels, and went on to work as a waiter and a DJ and most recently starred in a male revue show in Atlantic City for one night in order to move into promotions. Now, Jon occasionally DJs and is focusing his career on nightclub promotions.

Clinton Kelly is naturally charming which makes him a fan favorite TV personality and fans couldn’t get enough when he co-hosted TLC’s What Not to Wear from 2003-2013 as the replacement for Wayne Scot Lukas. In the few years since the popular show came to an end, Kelly has had no problem staying busy with many guest appearances on series such as RuPaul’s Drag Race and Katie and also acted as the executive co-producer and co-host of Love at First Swipe from 2015-2016. Now, Kelly is the charming co-host of ABC’s The Chew.

Back in 2012, TLC added to its human interest/reality series with Abby & Brittany, a reality show starring then 22-year-old conjoined twins Abigail and Brittany Hensel. Audiences couldn’t help but admire and become fascinated by the two girls, but unfortunately their story only lasted one season on the network. Fans watched as the pair graduate from Bethel University, travel and begin their job search and now the pair are fifth grade teachers and are living a very low-profile life despite their previous TLC fame.

What Not to Wear is a classic TLC show which many fans wish hadn’t come to an end in 2013 and they had to say goodbye to co-host Stacy London. As her duties came to an end on the show, London became the Editor-at-Large for Shape magazine and in January 2015 became the host of TLC’s new series Love, Lust, or Run which unfortunately did not see the same success of What Not to Wear. Recently, she made many guest appearances as a co-host on The View, worked as a stylist on Rachael Ray and after undergoing spinal surgery in late 2016 she focused on her newest art project which was inspired by the Irving Penn exhibit at the Metropolitan Museum of Art.

It certainly didn’t take long for carpenter Ty Pennington to capture the attention of TV audiences with his model good looks and unique humor when he starred on Trading Spaces as one of the lead carpenters from 2000-2003 and again in 2007. As many fans know he then went on to lead Extreme Makeover: Home Edition on ABC and stayed with the series until it ended in 2012. He then focused on designing his own furniture line for Sears and also was a co-host for American Diner Revival and has made regular appearances on Rachael Ray’s show.