Home » Entertainment » TV » The Vampire Diaries: 10 Behind The Scenes Secrets

The Vampire Diaries: 10 Behind The Scenes Secrets 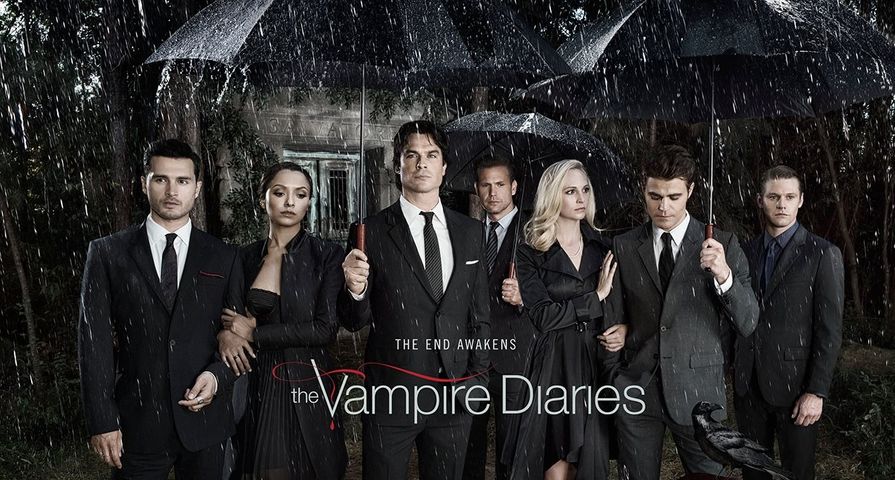 The Vampire Diaries is an American supernatural drama series based on a popular book series by the same name. Developed by Julie Plec and Kevin Williamson, The Vampire Dairies airs on the CW Network and is one of the networks most watched series! Beginning back in 2009 and running for eight seasons, many fans were heartbroken to learn the series will come to an end in just a few weeks on March 10, 2017. In honor of the upcoming series finale, here’s a look at 10 behind the scenes secrets from the show!

One of the reasons The Vampire Diaries is so well received is because it’s so well made! There’s a lot of special effects needed to pull off a show like this and actors who play vampires spend a lot of time in the makeup chair. It can take over an hour to transform a character from human to vampire because it involves prosthetics, custom made caps on their teeth for  fangs and contact lenses. The blood used on the show is an edible corn syrup based blood with food coloring, salt and peppermint extract. The special effects makeup artist, Connor McCullagh, said he makes a few gallons at a time which will last for about two or three months of shooting. The cast have to be very careful with it because it’s super messy and hard to clean!

9. Salvatore’s Almost Had a Different Name

Ian Somerhalder bombed his first audition for The Vampire Diaries! “You go through a series of testing, you meet the directors and producers and writers, and then go through a testing phase, and then you get an offer…Whether it was too much coffee, that B12 shot I gave myself, who knows? I bombed it,” said Somerhalder. “I had to go back and re-test because all our big boss [CBS president] Les Moonves, did not buy it, the fact that I was Damon. And I wanted to jump off of a building.” After seeing another actor read for the part, he told himself, “You know what? Screw this. This is mine. This is not his. I went in and did it and oddly enough, ended up getting the call. But it was 10 days of virtual hell.”

7. There Were Going to be More Friends in the Inner Circle

For a long time the central group of friends was Elena, Caroline and Bonnie — this was Elena’s inner circle and other characters who were served storylines on the show. The producers almost made this small group of friends bigger by adding another female character named Meredith. “We actually wrote a draft in the [pilot] script where the character, Meredith, was in the pilot. But it just felt like too many characters to service,” said Julie Plec.

6. Somerhalder was Against Damon Going Good

In an interview with ET Online, Ian Somerhalder revealed that he fought tooth and nail against the scene where Damon shows a soft side and comforts Rose as she dies. “I was so vehemently opposed to that stuff and Kevin [Williamson] and Julie [Plec] had to beat it into my head. ‘Damon cannot just be a one-trick-pony. He cannot just be a one-dimensional villainous character. This is the 100-episode arc of this man going through this journey–give into it, appreciate it, dive into it head first and live it.’ And I thought, ‘I’ve got to do this.’ It ended up being a really beautiful scene, which lead Damon becoming so introspective and so hurt by not being human after he saw what it was like in her own visions,” said Somerhalder.

Michael Trevino played the character of Tyler Lockwood for six seasons on The Vampire Diaries before exiting in 2015. In an interview with People, he reminisced about his time on the show and revealed his favorite part part about being Tyler Lockwood: “Definitely the first werewolf transformation. That was exciting and nerve-racking, leading up to it. That was the first time we had ever done a transformation so it was new to all of us in terms of finding out a way to shoot it and execute it properly. Also turning into a hybrid. There was a lot of physicality involved in playing Tyler Lockwood! He’s always turning or freaking out or getting into a fight or pulling on chains and screaming. For an actor, it’s pretty damn exhausting! But it was fun to go there and play that for six years,” said Trevino.

Stefan Salvatore was the last role cast on the show because it needed to be perfect. According to Kevin Williamson, the role of Stefan took so long because the chemistry between whoever was cast as Stefan and Nina had to be “magic.” The production team had about 50 different men read opposite Nina Dobrev before casting Paul Wesley. Even though Paul Wesley ended up being one of the main characters on the show, he had to work hard for his spot! He auditioned about nine times before he was finally granted the role of Stefan. “Originally they asked me to read for Damon, and I gladly went to read for Damon, but I always had this, in my mind, Stefan was the character that I wanted to play,” said Wesley.

The character of bad-boy Tyler Lockwood on The Vampire Diaries almost didn’t happen. This character didn’t play a very big role in the book series, so show creators, Kevin Williamson and Julie Plec almost cut his character from the script. Luckily they didn’t and Lockwood ended up having an interesting storyline. “[Tyler Lockwood]’s such a douchy character, and I mean that in the most loving way, in the book,” said Plec. “[He] is somebody who we could have done without, perhaps, in the beginning of the show,” but his future storyline of becoming a werewolf/hybrid kept him around. “We knew it was going to be really important so we wanted to include him in the series regular group, even though we knew he probably wouldn’t get to the real meat of the story until season two.”

When the show first started it centered around the relationship between Stefan and Elena, but it didn’t take long for the ‘Delena’ romance to take over. According to show creator Julie Plec, the writers had to fight off their relationship for quite some time because there was a huge push from fans. “In season two, there was an influence pushing Damon and Elena together faster than we would have ever done it. And we did everything we could to try to create obstacles, to tear them apart, to bring Stefan and Elena closer together. But you could feel the magnetic pull – not just of Twitter, but the fandom really rooting for this,” said Plec. “We knew we never wanted her to be with him until she was a vampire because human Elena, no matter how much the audience loved Damon and was willing to forgive Damon for everything he’d done, for human Elena to forgive him and be with him, it felt like we were destroying that character.”

1. Kevin Williamson Wasn’t On Board At First

Kevin Williamson developed The Vampire Diaries with Julie Plec, based on the book series by the same name. However, at the time the show was being pitched, Williamson didn’t want to be apart of the project. His career was on the rise as the writer of Scream and the creator of Dawson’s Creek, so he was initially very dismissive of branching into The Vampire Diaries. He believed it was too much of a Twilight rip-off, but was eventually persuaded by Julie Plec when she told him to read the novels — then he was hooked!