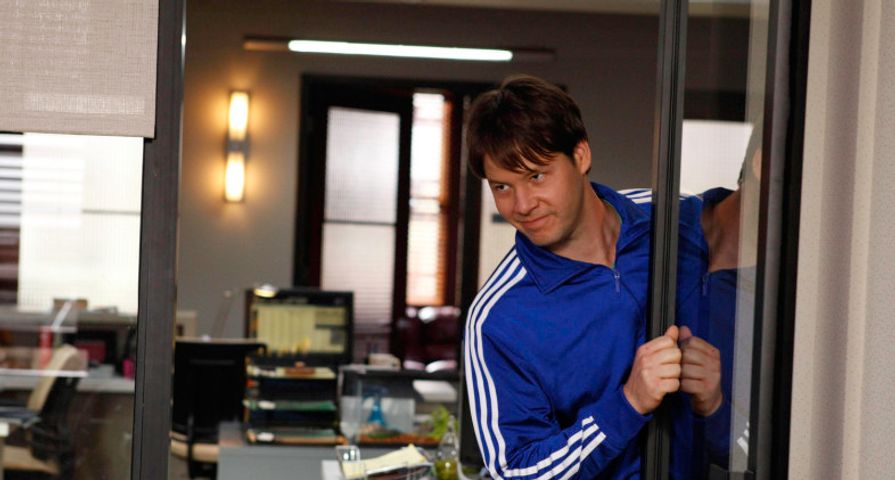 Source: The Mindy Project via thoughtcatalog.com

10 Things You Didn’t Know About The Mindy Project

On every show there’s always that one character who completely wins over the audience and steals the show. When it comes to The Mindy Project, this person is most definitely Morgan Tookers. He’s like a Phoebe from Friends with his quirky humor and odd tendencies that should make him weird, but instead make him all the more lovable. In the beginning of the series, Morgan, who is played by comedian Ike Barinholtz, is hired on as one of the nurses for the medical practice and, since episode one, he’s brought the best comical relief to the show. He loves to meddle in his co-workers relationships, believe’s Mindy is his queen and knows no boundaries, and loves to give out advice from his days in prison! The Mindy Project has been on the air for four seasons (with the second half starting on April 12) giving ample time for Morgan to throw out some great quotes. It’s hard to narrow down the list, but here’s a quick overview of his 10 best quotes from the first two seasons of the show:

Morgan: “They used to call me the Loch Ness Morgan. Mostly cause I would show up blurry in photographs.” (Season 1, Episode 5)

8. He Knows How to Read a Room

[Morgan’s Interviewer] Danny: “What are your strengths?”
Morgan: “Upper body. I own my own scrubs. Also, when it comes to drawing blood, I’m so painless I’m like a giant mosquito.” (Season 1, Episode 1)

Morgan: “I kissed my grandmother so tight on the lips this morning, she said, ‘Get the hell off me.'” (Season 2, Episode 15)

2. He’s Got His Priorities Straight

Source: The Mindy Project via thoughtcatalog.com

Morgan: “Think of the best, strongest warrior version of yourself. Give that warrior a name. Never tell it to anyone. Mine is Axehead Lundgren. (Come on, Morgan!) Okay, okay, then whatever he’s doing to the warrior, he’s not doing to you, so you find his weakness, and you tell your warrior to go get him.” (Season 1, Episode 5)