Home » Entertainment » Celebrities » Cast Of The Mindy Project: How Much Are They Worth?

Cast Of The Mindy Project: How Much Are They Worth? 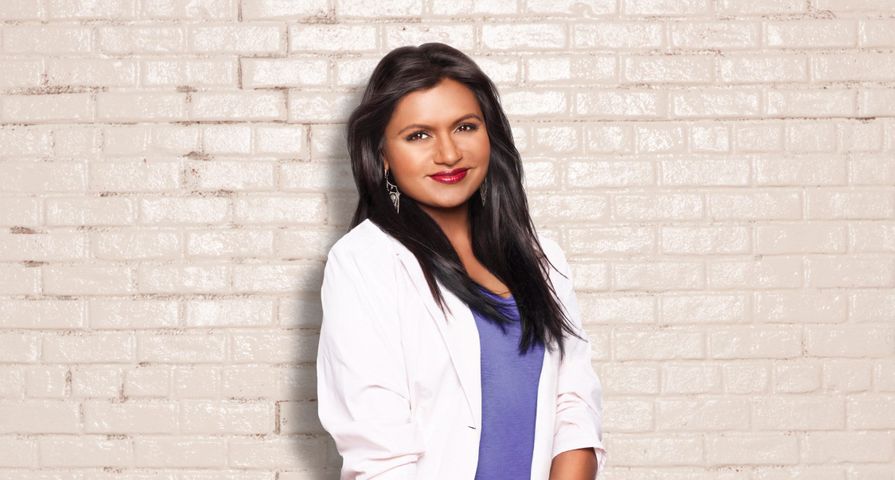 The Mindy Project will be returning for the second half of season four in mid April, and despite hitting a small road bump last year when it was cancelled by Fox after only three seasons, things have quickly turned around. Hulu picked up the show for the fourth season which meant a few new changes to the cast and script, but one thing has remained the same — the show is incredibly funny! Created by Mindy Kaling, The Mindy Project has come a long way for the former screen writer of NBC’s series The Office, and she’s enjoyed a huge surge in her career since it aired. There’s been a ton of celebrity appearances on the show, but the best part about this show is the amazing close-knit cast! Here’s a look at how much the (former and current) cast of The Mindy Project is worth now:

Estimated Net Worth: Unknown. As a writer and comedian in the industry, Fortune Feimster is a good friend of Mindy Kaling. She joined The Mindy Project as a regular cast member for the newest season in the role of nurse Collette. She’s mostly known for her work as a stand-up comedian, but she’s also appeared on a lot of popular shows like Workaholics, Mulaney, Glee, Life in Color, How Girls Walk By, Married, and the web series Go-Go Boy. She’s done many televised appearances as herself and even co-hosted the Chelsea Lately show! Her lack of leading roles or regular appearances on shows makes it hard to determine her net worth. She’s most likely sitting on a net worth of $300 to $400 thousand.

Estimated Net Worth: $50 million. Rhea Perlman plays the character of Annette Castellano, Danny’s overbearing Italian mother. She is the most seasoned actress on the show with a huge number of film and television acting credits to her name, plus of course, her long-time marriage to Danny DeVito. She’s most recognized and well paid for her time on the television series Cheers, a role that earned her four Emmy Awards. She’s also had big roles in shows like Pearl, Hung and Kristie. She’s done numerous TV movies and had guest appearances on hit shows like Hot in Cleveland, Frasier, Ally McBeal, Law & Order and Wilfred, just to name a few. Her film credits are extensive, but her latest starring roles have been in Matilda, I’ll See You in My Dreams, Beethoven’s Big Break, Love Comes Lately, and Carpool. Rhea’s huge $50 million net worth is no surprise, especially with an A-list marriage and long running role on Cheers!

Estimated Net Worth: Unknown. Dillahunt has been steadily working since the late ’90s appearing in films and on television. His most notable starring roles in films have been Rounding Third, Come and Find Me, Just Before I Go, Last House on the Left, Winter’s Bone, and Any Day Now. He’s also appeared in huge movies like 12 Years a Slave and No Country for Old Men. His television credits are even more extensive with recurring roles on Deadwood, ER, Damages, Justified and Paloma. He’s had main roles on series like Leap Years, The Book of Daniel, Terminator: The Sarah Connor Chronicles and Raising Hope. He’s also done many guest appearances on popular shows, but his latest project is of course on The Mindy Project as Dr. Jody Kimball-Kinney. Garret Dillahunt is a well seasoned actor with an extensive list of leading and recurring roles so it’s hard to believe his net worth is largely unknown, but he’s most likely sitting somewhere around $5 million.

Estimated Net Worth: $1 million. Xosha Roquemore doesn’t have many acting credits to her name, but shes well recognized for her role in the huge film Precious as Jo Ann a role that earned her a film critics nomination. Her only other big role has been as Tamra on The Mindy Project. Precious was one of Xosha’s first film roles, since then she’s appeared in small projects like Rivers Wash Over Me, Price Check and G.B.F. She’s done one episode appearances on shows like Nurse Jackie, 10 Things I Hate About You, Law & Order: Criminal Intent, My Boys, Rescue Me, Southland and Kristie. Her biggest television role has been on The Mindy Project as a recurring cast member for season 1 and from season 2 onward she’s been apart of the main cast which has largely contributed to her overall net worth of $1 million.

Estimated Net Worth: $600 thousand. Adam Pally was definitely a fan favorite during his time on The Mindy Project as Dr. Peter Prentice. He’s since moved on from the show. Now he only appears randomly as a recurring cast member. He’s moved onto films, his latest projects have been Bad Night, Slow Learners, Dirty Grandpa, and the upcoming film Joshy. He’s also appeared in big films like Iron Man 3, Life After Beth, Search Party, and Solitary Man. His only other main role on television was in the series Happy Endings as Max Blum, but he’s also appeared on television doing comedy bits on The Colbert Report, Comedy Bang! Bang!, Kroll Show and 3 episodes of Californication. Adam Pally hasn’t scored too many leading roles, but he’s on his way to building a great resume. He’s still doing well with an estimated net worth of $600 thousand!

Estimated Net Worth: Unknown. Beth Grant has almost 100 film credits to her name and a huge number of leading and recurring television roles. She’s absolutely hilarious in her role as Beverly Janoszewski on The Mindy Project! She’s will soon appear in the film Jackie, but she’s also appeared in movies like Doctor Dolittle, Pearl Harbor, As I Lay Dying, Little Miss Sunshine, No Country For Old Men, and voiced a character in the animated film Rango. On television she’s had leading and recurring roles on series like Coach, Delta, Bakersfield P.D., Sabrina, the Teenage Witch, Malcolm in the Middle, Yes, Dear, Everwood, Jericho, Sordid Lives: The Series, The Office, The Secret Life of the American Teenager and Husbands, a role she still maintains today. She’s also made numerous guest appearances on TV series. It’s extremely surprising that Beth Grant’s estimated net worth is largely unknown because she’s had numerous main roles. Her estimated net worth is most likely between $5 to $8 million.

Estimated Net Worth: $400 thousand. This comedian/actor plays the role of Morgan Tookers on The Mindy Project, but he also acts as one of the shows writers and an executive story editor. He’s absolutely hilarious in his role and is an extremely talented comedy writer. He hasn’t done too much on-screen acting, most of his roles have come since he began appearing on The Mindy Project. He’s done recurring roles on Eastbound & Down, Rita Rocks, The League and on MADtv playing various characters; he’s also behind the scenes as a writer. He’s done a few films, similar to the small screen many of his bigger credits are more recent like Suicide Squad, Angry Birds, Neighbors, Sisters, and the upcoming film Neighbors 2: Sorority Rising. His net worth is a mere $400 thousand, but his comedy skills as a writer and actor will take him much farther in the future!

Estimated Net Worth: $2 million. This English actor is also a comedian and writer who’s biggest career advancement has been in his main role as Dr. Jeremy Reed on The Mindy Project. Contributing greatly to his net worth are his writing and acting credits on the television series, Man Stroke Woman, Dirty, Sexy, Funny, Comedy Shuffle and as a guest star on Royal Pains. He’s also appeared in Transmission Impossible with Ed and Oucho, Dick and Dom’s Funny Business, Hotel Trubble, My Family, Not Going Out and The IT Crowd. His film credits are small with his only appearances in small short films and HBO’s Project Greenlight, The Leisure Class. The majority of his net worth is due to his current main role on The Mindy Project and his various writing credits leaving him with an estimated net worth of $2 million!

Estimated Net Worth: $4 million. Chris Messina is better known for his big movie roles than he is as a television actor. He hasn’t been that active on the small screen, but he did have a few notable recurring roles on shows like Six Feet Under, Damages, The Newsroom, and appeared on Medium and Law & Order. His more extensive credits are on film with roles in big feature films like Argo, Made of Honor, Julie & Julia, Vicky Cristina Barcelona, Like Crazy, Cake, Devil, Ruby Sparks, and Alex of Venice — a film he also directed. He was the executive producer for the films 28 Hotel Rooms and Fairhaven. He also starred in both and was a writer for Fairhaven. Chris Messina’s film work on camera and behind the scenes has contributed greatly to his net worth, along with his main role on all four season of The Mindy Project leaving him with an estimated net worth of $4 million.

Estimated Net Worth: $15 million. Mindy Kaling is a comedian that wears many hats in the business as a comedian, screen writer, actress and author. Today she’s creator and star of The Mindy Project. Mindy has authored two successful memoirs and recently announced she will be writing a third novel with another former Office writer, B.J. Novak. Her biggest acting advancements have been on The Office as Kelly Kapoor and of course starring on The Mindy Project, a role that reportedly earns her $150 thousand per episode! However, she’s also appeared in quite a few films like The 40 Year Old Virgin, No Strings Attached, The Night Before, The Five-Year Engagement, License to Wed and Night at the Museum: Battle of the Smithsonian. She’s worked as a voice actor for characters in Wreck-It Ralph, Inside Out and Despicable Me and directed two episodes of The Office. The biggest contributors to her net worth have been her writing credits on The Office and being the mastermind behind The Mindy Project, leaving her with an estimated net worth of $15 million.