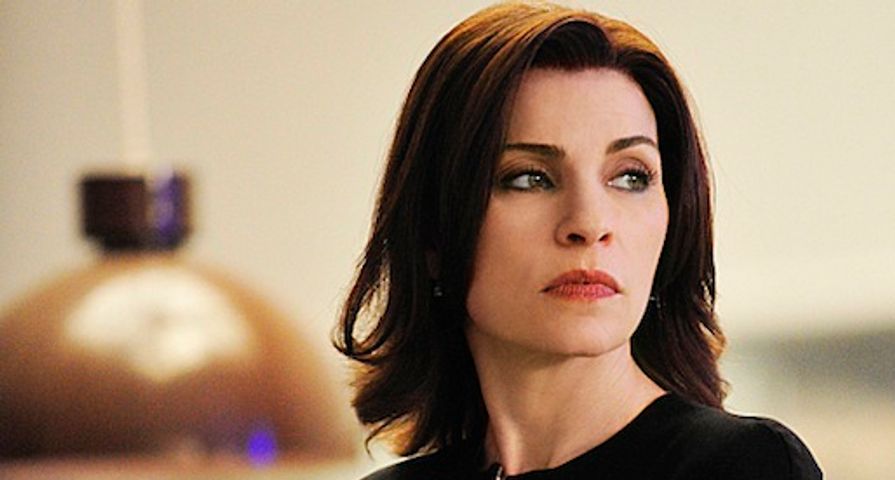 Finally, The Good Wife is coming back! Season 7 of the CBS drama premieres today at 9/8c. Here are nine things you need to know about the new season. (Spoiler warning: please don’t read this list if you haven’t watched season 6 yet — there will be juicy spoilers!)

9. Vanessa Williams is Joining the Cast

If you love the strong, powerful ladies on The Good Wife, you’re in for a treat: Vanessa Williams will be added to the cast alongside Julianna Marguiles and Christine Baranski. According to Deadline, the Ugly Betty star will recur on the show as Courtney Boalt, a highly successful, self-made businesswoman who is a potential donor for Peter Florrick’s (Chris Noth) Presidential campaign. She also will meet campaign manager Eli Gold (Alan Cumming) and become a love interest for him. This week, she tweeted an adorable selfie of her and Alan after a day of work. “Finished first shoot day in #TheGoodWife with the uber talented @Alancumming,” she wrote to her followers. “Back to work tomorrow.” Exciting!

8. Jeffrey Dean Morgan Is In, Too

The Good Wife has an amazing core cast, but its guest stars help the show stay on top. When the Good Wife season 7 sneak peek hit the internet at the end of last month, it was revealed that Jeffrey Dean Morgan, best known as Denny from Grey’s Anatomy, will be another new cast member on the show. Dare we hope for some romance? Jeffrey told TV Line, “I can tell you that he’s an ex-lawyer who got into some trouble and finds himself now being an investigator. He’s got a laid-back personality and a quick wit. I like that kind of dynamic. And I think it will be a nice dynamic for Julianna to play off of.” He won’t be in the premiere, but a lot of very cool guest stars will be: Jane Curtin (Judge Farley!), Christopher McDonald, Bridget Regan and Mo Rocca. Cush Jumbo will also be joining the show, beginning in the premiere, as attorney Lucca Quinn.

At the Emmys last weekend, before Best Supporting Actor nominee Alan Cumming (who lost out to Peter Dinklage of Game of Thrones) dished to Gold Derby about his awards feeling and the upcoming season of The Good Wife. “I’m actually very sanguine and relaxed,” he said “Also, I really don’t think I’ll win. And neither do you, [based on] my odds.” (His odds were 50/1.) For example, Margo Martindale of The Americans — who will play Eli’s rival as he works on Peter’s Presidential campaign —  won at the Creative Arts Emmys. But the odds ended up being right about Alan. Even still, we’re excited to see him and Margo square off in the new season! “Eli’s head explodes in Season 7,” Alan said in an interview with Deadline. “But not in the way you all may think. The episodes we’ve shot so far are the most fun I’ve had playing him in all seven seasons.”

You might have heard that Julianna Marguiles and Archie Panjabi (who played Kalinda) do not get along in real life. In fact, in the previous season of The Good Wife, they appeared in scenes together less and less — and their final scene was pieced together from two different scenes so that the actresses didn’t have to stand in the same room next to each other. This season, the show won’t need any camera tricks, since Archie/Kalinda is no longer a series regular. Maybe Alicia can meet a new female friend who will work out better?  “We lost our Archie (Panjabi) and Josh (Charles) along the way, but in the course of many years, there’s going to be change in a show,” Christine Baranski said in an interview with Deadline. “In the case of this season, people are going to sit up in their seats and be very excited about the new talent we have coming on.”

5. Finn Has Left the Show

The recurring character we’re sad to see leave is Finn Polmar, played by the ever-adorable Matthew Goode. Why couldn’t Alicia have dated him for at least a little while? They had such good chemistry! This is why we’re wondering if Jeffrey Dean Morgan could step in as a romantic possibility for Alicia. In his TV Line interview, Jeffrey says he doesn’t know if he’ll be a love interest for Alicia. “I haven’t been told that,” he said, playing coy. “I know there’s a lot of speculation.” We can hope!

4. Alicia is Starting Over

In the season 7 sneak peek, Alicia says, “For the first time in my life, I don’t have to answer to anyone.” She’s no longer with Diane (although Christine Baranski will still be on the show, thankfully), and she’s no longer partnered with Cary (Matt Czuchry — but don’t worry, he’ll be back too). We’ll see her make deals with the sometimes-evil Louis Canning (Michael J. Fox) as she tries to put her law career back together. Anything could happen. “Women love Alicia,” Julianna Marguiles said in an interview with The Edit. “She was an underdog, she was in a sink-or-swim situation, and she swam. People love a flawed character they can relate to.”But even Julianna confesses that Alicia needs professional help. “Oh, she’s messed up!” she said. “I tell the writers, ‘Seriously, she needs to be in therapy. She hasn’t gotten laid for a year and a half, the situation with her husband is so complicated, her children are leaving the nest, she has her own business and she’s completely overwhelmed.'”

3. Diane, Cary and David are Working Together

In case you’re hazy on all of the switching firms that happened over the past few seasons (we definitely were): Diane, Cary and David are all working together as part of the firm Lockhart Agos Lee. In her Deadline interview, Christina Baranski said the firm “has its share of internal turmoil,” adding that “Louis Canning is always lurking in the shadows, wreaking havoc.” (Don’t you love how Michael J. Fox is funny and charming but kind of evil and sneaky?) Will the firm stay in one piece by the end of the season? We wouldn’t be surprised if some of the lawyers on the show end up playing musical chairs with their firms again, especially when there are new guest star lawyers always coming in!

Although Eli is gung-ho for Peter to become President of the United States, Peter isn’t so sure. In the sneak peek trailer, he says he actually wants to be Vice President. Meanwhile, Alicia isn’t sure how she feels about the campaign, either; Christine also told Deadline, “Alicia is, of course, not running for office, but having a great deal of ambivalence about having to be the wife of the man that’s running. Because of the political scandal she was involved in, with all the recounted votes, and her reputation tainted, now she’s trying to get back to a more essential part of her being, which is just really loving the law.”

1. Alicia May be Working With Louis

Where did the season 6 finale of The Good Wife leave us? At the end of last season, Peter is positioned to begin a Presidential campaign and Alicia has her final moment with Kalinda. Alicia also sees that nothing romantic is going to happen with Finn, and then answers the door to see Louis Canning standing there (instead of Finn, who she was hoping for). Since Alicia is upset at Diane and Cary, Louis says “Want to partner?” and we’re left thinking that she probably will. But if the trailer quoted Alicia as saying she doesn’t have to answer  to anyone, what does that mean? Perhaps she’s going to think over Louis’ offer for a few episodes.