“The Good Place”: 9 Things To Know 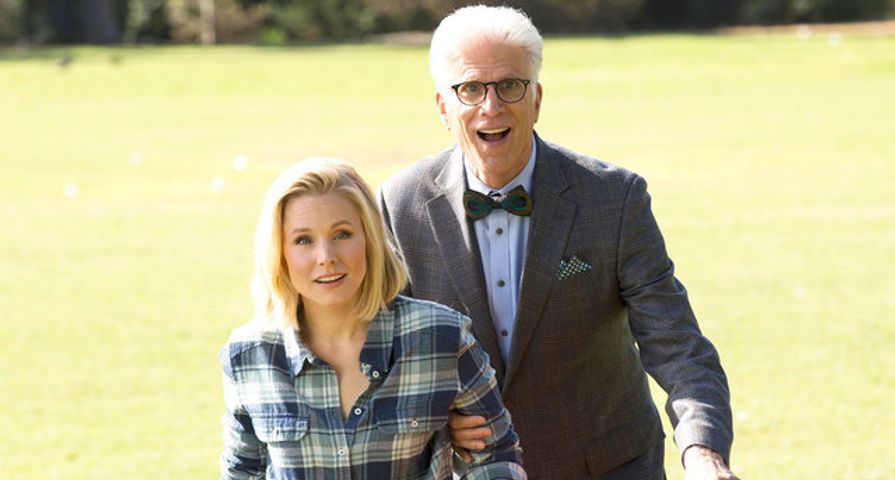 Every fall all the major networks unleash a few new series on viewers and hope that audiences will love it enough to turn it into the next television hit. NBC has quite a few and it seems two of them are looking to be the biggest hits of the fall. Along with the drama This Is Us, NBC is also premiering a new comedy called The Good Place and, with some of the best early reviews out of all the new shows, The Good Place is sure to be well received by viewers. Get ahead of what is sure to be the next big sitcom with these nine things to know about The Good Place:

9. The Minds Behind It

Many fans turn to the creator of the show and look at their past work to try to determine what kind of show they are going to get or at least the quality. The Good Place was created by Michael Schur, who at 40 years old is known for being the co-creator of comedy hits such as Parks and Recreation and Brooklyn Nine-Nine. Schur teamed up with Lost executive producer Drew Goddard to form the show and will also be acting as an executive producer on The Good Place.

The Good Place is being described as an American fantasy sitcom series, which is focused on a woman named Eleanor who is struck and killed in a car accident and wakes up in the afterlife. It doesn’t take long before Eleanor realizes that she was sent to “the good place” because of a mix up with a woman of the same name. Eleanor, whose life actions in no way mean she should be in “the good place,” has to learn to be polite and deserving as she figures out what to do next.

Kristen Bell has been a star both on the small and big screen and, after a turn in mostly films, she is returning to TV to star in The Good Place. Bell stars as Eleanor Shellstrop, a saleswoman from Arizona who maybe doesn’t exactly deserve her spot in the heavenly afterlife. “The characteristics Eleanor displays when she gets to the Good Place, they’re not malicious. They’re not evil. They’re simply she’s been living by this guideline that ‘isn’t it every man for himself. And shouldn’t I be putting myself first?'” Bell said of her character. “Unless she discovers how to be a good person, she’s not going to be able to earn her place there.”

As well as the talented Kristen Bell, the show’s other biggest star is Ted Danson. The fan favorite actor portrays Michael, the man who is charged with helping Eleanor adjust to being in the good place. “I am middle management here in the good place. And my desire is to make sure that literally ever blade of grass is perfect for these beautiful, remarkable people.” The series also stars William Jackson Harper, Jameeta Jamil, D’Arcy Carden, and Manny Jacinto.

Unlike many other sitcoms, The Good Place is considered serialized, and creator Mike Schur refers to the episodes as “Chapters.” According to Schur, the storyline and mythology are as complex as any sci-fi series out there. “There are going to be big changes in every episode,” he said and said he wanted to work with Goddard from Lost because he envisioned, “cliffhangers and kind of big events and dramatic things that change the course of the characters’ lives and stuff like that in every episode.” He added, “The first season … was very carefully plotted, and a lot of thought and energy went into making sure that we weren’t either flying off the rails and getting ahead of ourselves or going too crazy. I didn’t pitch the show to NBC until I knew what the whole season was going to be, and I didn’t feel like I knew what the whole season was going to be until I could literally imagine what Season 2 would at least start.”

4. There Is a Points System

Before the show’s premiere, Schur revealed a few details about how things work in The Good Place including the fact it isn’t as simple as just doing good deeds in order to go there in the afterlife. Based on his own personal thoughts in everyday life and interacting with others, Schur says you can only get into the Good Place based on points. “When you’re driving around L.A. and someone cuts you off or does something annoying, the thought I would have all the time is like, ‘That’s negative 8 points, what you just did.’ And my sort of secret hope was that there is an omniscient system that we’re all being judged by. It’s impartial and definitive and absolute, and you don’t have to worry about judging bias.”

3. Not Just The Good Place

When audiences don’t know what to expect from new shows, or where to turn to decide if a new show is worth watching or not, they usually turn to early reviews based on the pilot episode, and The Good Place is getting some good reviews!” Jokes are plentiful and original and the show hums along delivering a lot of welcome joy. It might not be fall-on-the-ground funny, but you can definitely see a strong hand here in the creative writing and spot-on performances,” The Hollywood Reporter wrote. Meanwhile E! Online ranked it at number 4 of fall’s best new shows, saying, “The Good Place is the best place. It’s somewhere between Community-surreal and Parks and Recreation-sweet, and could be on its way to being just as loved as both of those shows.”

Viewers caught on early to the comedic chemistry between stars Kristen Bell and Ted Danson, both of whom will be providing a lot of the laughs for the show. It seems one of the best things about the show is that the comedy is unique and smart, and most importantly it works! One of the best bits is that there is no cursing in the Good Place, no matter how hard she tries, leading to actually hysterical curse word replacements.