Home » Entertainment » Movies » The 8 Worst Movie Sequels Ever Made

The 8 Worst Movie Sequels Ever Made 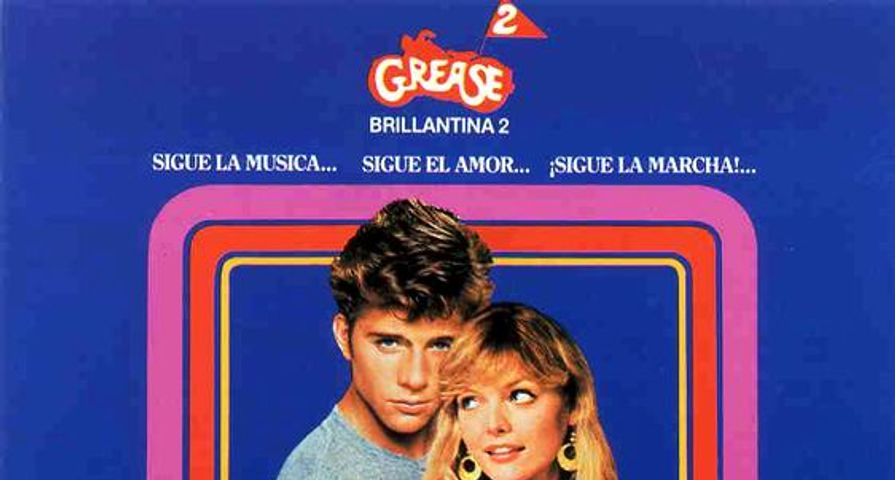 For some films, sequels doom a legacy. Hollywood has produced a rash of bad sequels over the years, and this is especially true in the contemporary era of film production. They will milk a franchise cash cow for all its worth, then beat the cow until it musters some more, even if it’s only the tiniest bit of cream. The following eight films are not good. Some are worse than others, but the selections are drawn from an algorithm wholly dependent on the original(s) being awesome, and the sequels – -or “prequels” in a singular case — laying the stank.

Did you ever wonder what happened to Jason Bateman after he enjoyed great television success in the 1980s, then promptly disappeared for a good 15 years? Teen Wolf Too happened. There’s no other reason someone as talented as Jason would bow out. The original Teen Wolf wasn’t a great film — fair enough, cynical critics — but it’s one of the greatest guilty pleasures of all-time. Any movie featuring a school with the mascot of a beaver in the 1980s is gonna win big. Two years after the huge, box-office success of Teen Wolf (thanks to Michael J. Fox), they made Teen Wolf Too. A sequel that follows the formula of the first film, but makes the werewolf (the cousin of Scott in Teen Wolf) a boxer instead of a basketball player. It is so bad, it’s barely watchable. The couple of laughs in the film are rooted in Jason Bateman charm.

For the sequel to the 1994, smash-hit, Speed, producers locked in Sandra Bullock, while Keanu Reeves wisely took a pass. In his stead, they scored Jason Patric. This time around, the film came with a subtitle: Speed 2: Cruise Control. It is the first of many bad puns, plays at humor and overall crappy decisions by the creative team. Yes, as you might guess, this one takes place on a boat. A genuine cruise liner. And yes… as you might guess… the boat is hijacked, and it can’t be controlled. This film was an enormous disappointment to fans of Speed, and it was likely an enormous disappointment to every financial account associated with the production, except for that of Sandra Bullock, who continued to climb the ladder to super stardom with this steaming pile. She was paid $11,000,000 for playing Annie Porter again.

American Psycho is one of the most disturbing, and well received, controversial films of all-time. You want really horror? Let your protagonist be an antagonistic sociopath. For first-time viewers, be prepared: you’ll never be able to look at Christian Bale the same again. After the unexpected financial success of American Psycho, a few people thought to themselves: we need to make a sequel… and it should star a woman. This one was so bad it was straight to video, after scrapping any plans at a theatrical release. The only redeeming factor: it stars Mila Kunis, and it offered a first glimpse at her acting chops. Most only knew her from That 70s Show. It also stars William Shatner, and when there’s a Shatner, it’s worth watching with a strong drink and delicious food. Good food/Bad movie night!

Raise your hand if you wished S. Darko would’ve been the much desired sequel to the cult classic, Donnie Darko… Yeah. We all did. S stands for Samantha, and yes, that would be Samantha Darko, the baby sister of Donnie, who offered sweet moves with her friends in the legendary dance troupe, Sparkle Motion. Daveigh Chase offered a reprisal of her role, but nothing else about the sequel stemmed from the haunting tonality of the first film. The first problem: Donnie Darko writer-director, Richard Kelly, was nowhere near this film, and S. Darko became something of a corny horror twist, rather than a really weird take on a super hero. The sequel is over-directed, boring as all get-out and the FX budget was severely lacking. The only thing that can sustain you throughout the whole thing is wondering if you’ll find out more about Donnie. You don’t.

What a disappointment. The Godfather was followed by one of the greatest sequels of all-time in The Godfather Part II. Fans of the films can go back and forth for hours about the superiority of each film, and which is better. Then, 16 years later along came The Godfather Part III. It is mind boggling that this film was as well-reviewed as it was. Roger Ebert gave it 3.5/4 stars on Decemeber 25, 1990, but figuring out the Rog was never an easy task. Too many alliances within the industry to which he remained loyal. The only reason this film really works is because it came so much later, and satisfied a Corleone fan lust. People just had to know what was going down in the realm of organized crime. Too much manic Al Pacino. Too much painting by numbers for Francis Ford Coppola.

3. Indiana Jones and The Kingdom of The Crystal Skull

Yes, the film needed to happen. And it could have been wonderful. Amazing. Captivating: all those adjectives that describe the first films (even Temple of Doom, haters), but Steven Spielberg seemed to lean too far in the direction of George Lucas for the fourth Indy installment. Did you know: Frank Darabont wrote a script for the fourth film that everyone loved, but George Lucas rejected? It seemed Lucas wanted more opportunity to toss in stellar VFX from LucasFilm… what a crock. People gave Shia LaBeouf some serious flack for dissing the film after he starred in it, but understood what happened, too. They spoiled the legacy of who is recognized as one of the most iconic characters in film history. Kingdom of The Crystal Skull fails on so many levels it’s pointless to address more than the first: that CG gopher.

The caricature of high school life in the late 1950s was put on full display in the 1978 cult classic musical, Grease. It starred a young, spry John Travolta, and a blossoming international star, Olivia Newton John. Yes, everyone was too old to play a high school student. The entire premise of creating a caricature. The theme begins in the opening frame, continues throughout. Sadly, someone thought a sequel for Grease would be a great idea. This person was likely drunk at at a party, but were within an earshot of someone without clout. Grease 2 presented one of the weakest musicals and films ever made. The only redeeming factor is a young Michelle Pfeiffer, who can do no wrong. Sadly, nothing about this script was right. The musical numbers were uninspired at best, and the creative team tried way too hard to mix up the magic from the first film.

Sure, it’s a prequel, but it’s really a sequel. The Star Wars trilogy was followed with a paint by numbers, prequel trilogy during which the paint was lost, and artists had to rely on crayons. Sitting down to a sold out show on opening night in 1999 was one of the most exciting moments in cinematic history. Leaving the theater after the closing credits soon became one of the most depressing. Looking back, it’s easy to wish Internet speeds could have been faster, and social media could have existed in 1999, so we could prepare ourselves for the emotional onslaught. It was like planning lunch with an old friend, only to show up, and learn they died in a fiery car crash on the way to the restaurant. We needed a buffer. Sadly, somewhere in the mix, there are pieces of a great story making it a have-to-watch.