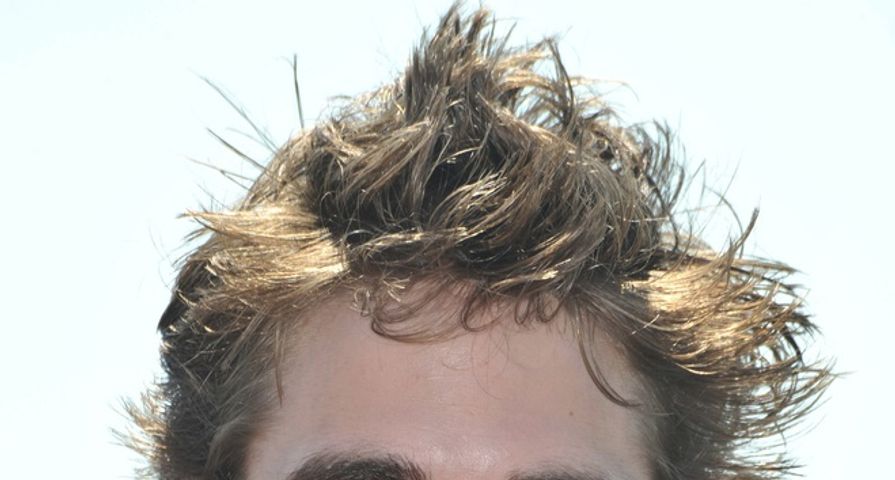 Fans wish that these top ten Hollywood actors would do a different kind of film according to a new poll taken by Vivid Entertainment, the abundant purveyor of adult movies. They asked fans which of Tinseltown’s hunks they would like to see in an adult video. Here is a list of the ten movie stars we wish would get raunchy.

The 32 year old brother of actress Maggie Gyllenhaal comes in at number ten on Vivid’s poll. He won critical acclaim with his controversial role as a homosexual cowboy in “Brokeback Mountain.” His fans, who refer to themselves as “Gyllenhaalics,” first fell in love with the dark-haired, dark-eyed actor in “City Slickers,” when he played Billy Crystal’s son. His breakout role was in “Donnie Darko,” for which he received an Independent Spirit Award for Best Actor.

Edging out Jake Gyllenhaal with less than ten percent of fans’ votes is the vampire star of the “Twilight” series Robert Pattinson (27). This London-born star is also an excellent musician,and was classically trained on the piano and guitar. He got his acting start in his role in “Harry Potter and the Goblet of Fire” in 2005.

The funny man with the piercing blue eyes and fantastic physique breaks in at number eight with less than ten percent of the votes. Cooper (38) is known for his devious but charming characters, in such movies as “The Hangover” and “Wedding Crashers.” He had his big break opposite Sarah Jessica Parker in “Sex in the City” in 1998.

This Australian actor gained attention for his leading role in the big-screen adaptation of the bestseller, “The Hunger Games.” He started dating his co-star Miley Cyrus when they were filming 2009’s “The Last Song.: The couple announced their engagement in 2012. Hemsworth (23) placed seventh in the poll, with less than ten percent of the votes.

The 25 year old California hottie, known by the nickname “Zefron,” garnered notice for his singing talent in the 2006 TV show, “High School Musical.” This brown-haired, blue-eyed hunk has said, “I like my woman like I like my peanut butter – chunky.” Efron edged out Hemsworth by placing six in the survey.

The man with the dark eyes and tattoos tied with Matthew McConaughey with 12.7 percent of the votes, but placed fifth. Depp(50) is known for his versatility in acting, and is somewhat of a rebel. He frequently portrays freakish eccentric characters, who are often misunderstood by society. Ladies love a bad boy, and Depp is perfect in that role.

Since 1993, this 43 year old heartthrob has been wooing leading ladies from Jennifer Lopez to Sandra Bullock to Kate Hudson in romantic comedies such as “The Wedding Planner,” “A Time to Kill,” and “How to Lose a Guy in 10 Days.” McConaughey is best known for his lazy Texas drawl, bongo playing, and inability to keep his shirt on. But how can anyone complain with a chest to die for like his? He tied with Johnny Depp, garnering 12.7 percent of the votes.

The current holder of the title “the Sexiest Man Alive” came in third runner up in the poll, with 15.6 percent of the votes. Tatum (33) blew audiences away with his starring role in “Magic Mike.” The film, about a male stripper, was certainly magical, and memorable, for Tatum and his co-star, Matthew McConaughey. Tatum began his career as a model, starring in commercials for Pepsi and Mountain Dew. He then went on to films, with a beginning role in “Coach Carter. After making “Magic Mike,” multitudes of ladies are happy he made the switch from modeling to acting.

This handsome, Golden Globe winning actor got the ladies’ attention when he played the sexy criminal love interest of Geena Davis in “Thelma and Louise.” Pitt (49) is known for his strong jaw line, stunning blue eyes and is the first man ever to be named “Sexiest Man Alive” twice by People magazine in 1994 and 2000. Pitt placed second, with 17.2 percent of the votes.

Gosling ran away with the prize with over 21 percent of respondents voting him as the number one actor they’d like to see make an adult video. It’s not surprising, given Gosling’s lead romantic roles in “The Notebook,” and “Crazy Stupid Love.” The 32 year old actor began his career in the most wholesome of roles on “The Mickey Mouse Club.” Now, he places number one as the man women would like to see in adult videos.