Home » Entertainment » Celebrities » Spice Girls: How Much Are They Worth Now? 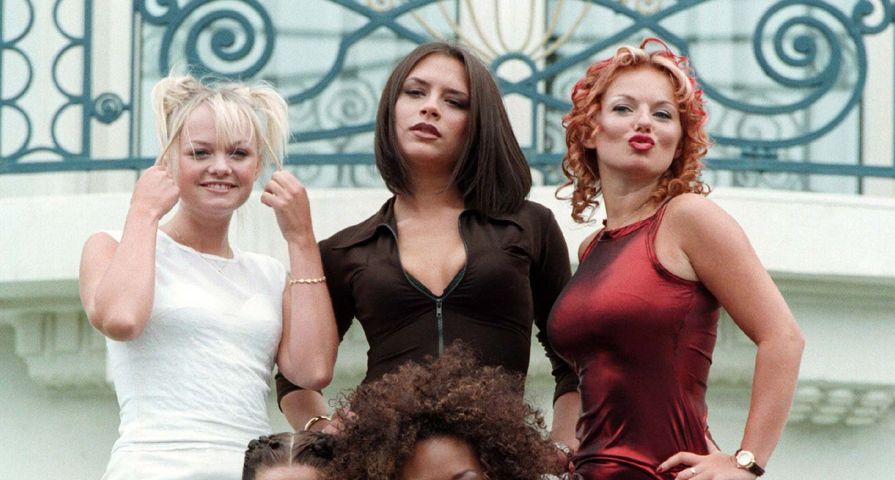 It has been 24 years since the infamous British pop girl-group the Spice Girls formed. The world had no idea what it was in for when Melanie Brown, Melanie Chisholm, Emma Bunton, Victoria Adams (now Beckham) and Geri Halliwell came together to become Scary Spice, Sporty Spice, Baby Spice, Posh Spice, and Ginger Spice and take over the music industry. In 1996, their debut single “Wannabe” hit number one in 37 countries and their album sold more than 30 million copies worldwide, instantly becoming the best-selling album by a female group of all time. Their success made them not only the best-selling female group of all time, but also one of the best-selling pop groups of all time, and incited a phenomenon that has been equated to that of Beatlemania. The money generated from the group was unparalleled in the mid to late ’90s, setting the ladies up for a life of luxury long after the group parted ways. Check out how much the Spice Girls are worth now.

Estimated Net Worth: $40 Million. At first, Emma Bunton wasn’t even a part of the group, but after the departure of one of the original women selected for the group, Bunton came in and the five girls became the Spice Girls. After the group stopped recording in 2000, Bunton embarked on her solo career releasing her debut solo album “A Girl Like Me” in 2001 and her second album “Free Me” in 2004. Both records had some success, but nothing in comparison to that of the Spice Girls, and there is no doubt Bunton enjoyed a resurgence in money when the Spice Girls reunited in 2007, going on an international tour that earned each girl $20 million. She now earns a paycheque as both a radio and television host, and is sitting comfortably on a net worth of $40 million.

Estimated Net Worth: $10 Million. Mel B. began her solo career before the Spice Girls split, releasing “I Want You Back” which charted at number 1 on the UK Singles Chart and was recorded for the film Why Do Fools Fall In Love. She went on to release her own solo albums, which did not fair as well, and also turned to television hosting before the Spice Girls reunion. She went on to appear as a contestant on Dancing With the Stars in 2007 and has also judged Australia’s The X Factor and is a judge on America’s Got Talent. Since her divorce from Stephen Belafonte, Scary Spice hasn’t been doing so well financially. She went from having a net worth of over $30 million to only $10 million.

Estimated Net Worth: $33 Million. Following her money-making years with the Spice Girls, Mel C has had quite the solo career and has managed to keep the money trickling in. She released her first solo album in 1999 and has released five more since and has sold more than 12 million records. At this point in her career, she has the second most number one singles in the United Kingdom out of all female artists and is the only female artist to reach number one on the charts as part of a quintet, a quartet, a duo, and solo. In January 2015 she also announced that she joined the judge’s panel of Asia’s Got Talent. Her combined success from the Spice Girls and her solo career have given Mel C a net worth of $33 million.

Estimated Net Worth: $40 Million. The end of the Spice Girls is blamed on Geri Halliwell who was the unspoken leader of the group and left in 1998 following just a few years of their massive success. She immediately launched her solo career with her solo album Schizophrenic which had three number one singles of its own. She followed up with two more album releases, and after some speculation of whether or not she was done with the Spice Girls, she rejoined the group for the reunion world tour. Halliwell has also written two books and in 2007 signed a six-book deal with Macmillan Children’s Books and spent a season as a host of Australia’s Got Talent. Her continued success has made her one of the top earners of the group, with a whopping $40 million.

Estimated Net Worth: $450 Million. When Victoria Adams joined the Spice Girls and became Posh Spice, she was perhaps not as well liked because of her demeanor, but now she is the most successful out of the five. She participated in the 2007 reunion and has since become a renowned fashion designer and businesswoman, and has appeared in five official documentaries about herself and her family with David Beckham. She also had her own singing career and has written two books, amassing a very hefty wealth. In total, she’s worth an estimated $450 million.