Things You Might Not Know About The Spice Girls 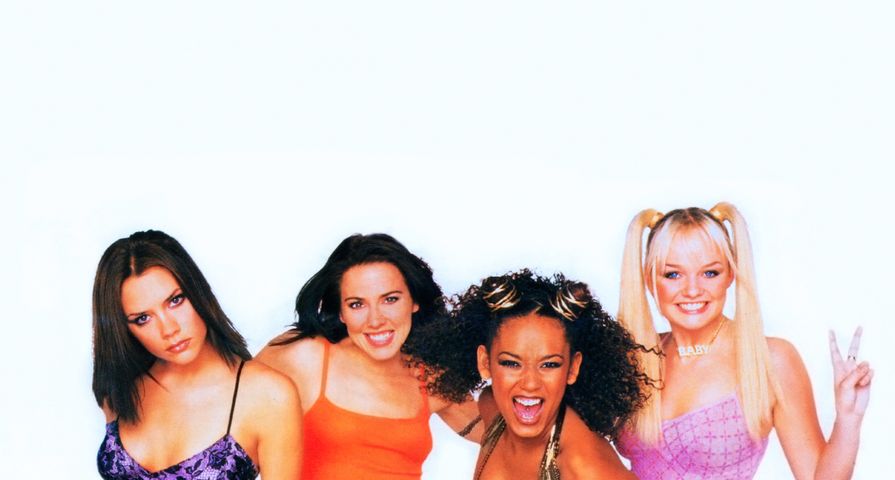 In the mid-’90s, there was a rise of boy bands and girl bands who reigned the music scene with their popularity. The biggest groups were Backstreet Boys, N’Sync, and none other than the Spice Girls who began the cult movement that would offspring more manufactured boy and girl bands than teen hearts could handle throbbing for. While the Spice Girls became a phenomenon, causing worldwide ripple effects, copycat groups, and broken records that will stand the test of time, how much do you really know about them?

In 1993 a magazine put out an ad that said, “R.U. 18-23 with the ability to sing/dance. R.U. streetwise, outgoing, ambitious and dedicated?” Four out of the 5 Spice Girls responded to the casting call. Mel B, Mel C, and Victoria all auditioned, followed by a tardy Geri who was given a late audition after she missed the first one due to visiting her grandmother in Spain.

After Mel B, Mel C, Victoria and Geri were cast into the girl group, a fifth member was also chosen. Her name was Michelle Stevenson. After being cast, Michelle ended up leaving the group due to an illness in the family, and the fact that she wanted to go to college. Emma (Baby spice) was known by Victoria, and was already a trained stage performer, having been in stage school since age 11. Emma became the official fifth member, forming the Spice Girls.

8. They Didn’t Name Themselves

Scary Spice, Baby Spice, Posh Spice, Ginger Spice and Sporty Spice was how each of the group members were known when they weren’t called by their real names. However, this wasn’t something that was created by the group or management or even the band’s marketing. Instead, it was the creation of nicknames by Top of the Pops magazine and then it stuck.

Now here’s the story from A to Z.  Their first single, was a wildly catchy song you might have heard before “Wannabe.” The song was written in less than half an hour, and recorded by the Spice Girls in about an hour, and the video was shot in one take. Who knew writing a worldwide hit would be so easy? It debuted on the UK charts at #3 and then was #1 by the next week, where it remained for 7 weeks, a record for an all-female group.

When the Spice Girls met Prince Charles, they were the opposite of classy and courteous. That’s what was so great about the Spice Girls. They were fun, were full of life, and fearless. So fearless in fact, that at the end of meeting Prince of England, Geri “Ginger Spice” told the Prince she found him sexy, and pinched his bum. The other Spice Girls kissed him as well. In 1999, after time away from the spotlight, Geri showed up again in the Prince’s life, singing him “Happy Birthday” in a very Marilyn Monroe to JFK kinda way.

During the ’90s, MTV was at it’s peak and music videos were the bread and butter to a successful single.  For the “Wannabe” music video, the group asked Tony Blair to be in it, which he declined. For the song “Stop,” when filming the video in Ireland, they didn’t give enough notice to film in front of a school, so the school wasn’t shut down, causing a backdrop of screaming children during filming. “Say You’ll Be There” was filmed in the Mojave desert in California. It was so hot, Emma passed out from sunstroke. The song “Two Become One” was never actually filmed in NYC, but in front of a green screen. By the time “Viva Forever” was a hit, the girls literally did not have time in their schedule to film, so the entire video was animated.

A cheesy movie starring the girls called Spice World was arguably a horrible movie. Critics hated it. The only awards it was nominated for were Razzies (awards given to the worst of things, instead of the best). However, these girls are magic. Their movement and following was intense, and the movie was a hit. It ended up making $100 million worldwide.

On May 27, 1998, at the end of their world tour, Geri left the group. While she claims she let the other girls know she was leaving at the end of the tour, she did leave slightly prematurely. She wanted to do a charity event for breast cancer and couldn’t because of the group’s schedule, which caused her to question her life and pushed her decision to leave. While exiting their plane, Geri said, “I’m gonna say bye now, girls.” The girls didn’t believe her initially, and in their first television appearance without her, they just claimed she was “ill,” hoping she would return. She never did.

At the end of the world tour, both Mel B and Victoria (now married to David Beckham) discovered they were pregnant. Mel B delivered daughter Pheonix, and Victoria delivered son Brooklyn in 1999. The babies were delivered just 13 days apart.

It has been 20 years since the Spice Girls fast and furiously took over the world. Initially there were rumors that the girls might get together for a reunion tour in 2017; however, that doesn’t seem to be the case, as Mel C and Mel B have unfollowed each other on Twitter and Instagram. It has also been reported that Mel B, Emma and Geri were recording together, planning to release something soon, but that still hasn’t happened.