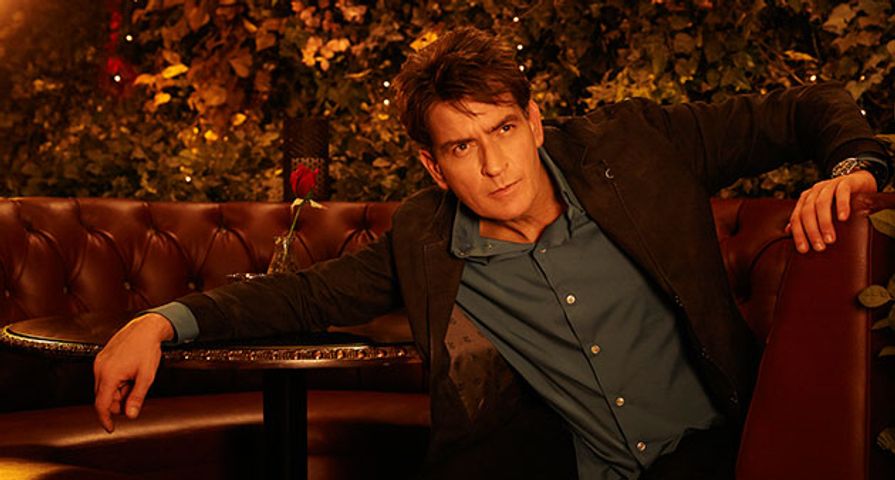 (LOS ANGELES) — After being challenged by Ryan Miller, the husband of his Anger Management co-star Noureen DuWolf, Charlie Sheen did what so many celebrities have done recently and took on the ALS Foundation’s Ice Bucket Challenge. But as shown in a YouTube clip, the actor put his own spin on it: instead of pouring ice over his head, he poured dollar bills.

After lifting the bucket to his head and letting the money fall out, Sheen said: “Oh wait, that’s not ice. That’s $10,000 in cash which I am donating to the ALS foundation. Because, let’s face it: ice is going to melt, but this money is going to actually help people.”

Sheen then challenged his former Two and a Half Men co-star Jon Cryer, as well as his replacement, Ashton Kutcher, and the show’s creator, Chuck Lorre, “to identically do what I just did,” adding, “Come on, it’s for a great cause.” Sheen was dismissed from Two and a Half Men in 2011, and has a contentious relationship with Lorre and Kutcher.

The Ice Bucket Challenge, a viral effort to increase awareness of ALS or Lou Gehrig’s Disease, has been a tremendous success so far. Thanks to the efforts of both ordinary folks and celebrities, the ALS Association reported Sunday that it had received $13.3 million in contributions from July 29 through Aug. 17. According to The New York Times, that includes 260,000 new donors.