Meghan Markle And Prince Harry’s Wedding: Everything We Know So Far 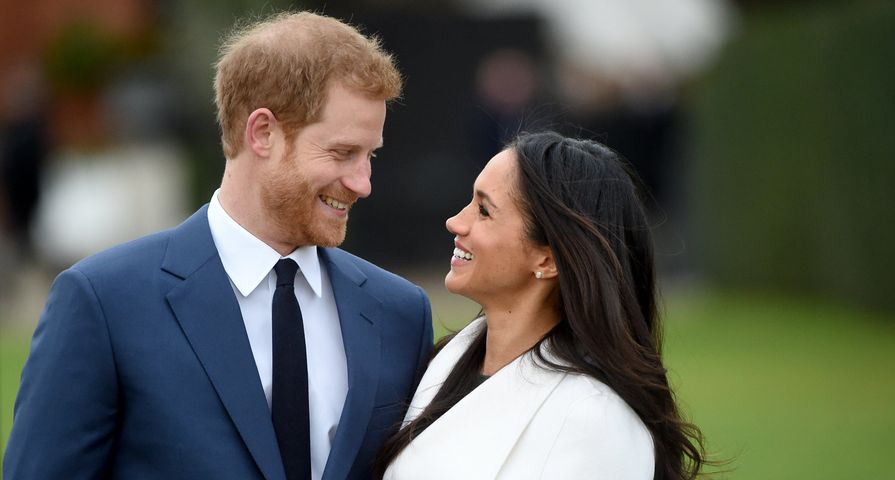 Ever since Prince Harry and Meghan Markle announced their engagement, Royal watchers and fans have been overwhelmed with news and announcements about their upcoming nuptials. With all eyes on the beloved pair and their non-traditional relationship, the anticipation for their wedding is at an all-time high, so here is everything to know about Prince Harry and Meghan Markle’s upcoming wedding:

On November 27, 2017, the Royal family announced Meghan Markle and Prince Harry’s engagement and simply said the wedding would occur in the Spring of 2018. A couple of weeks later, on December 15, Kensington Palace announced the wedding would take place on Saturday, May 19, 2018. It was also confirmed the pair would wed at St. George’s Chapel at Windsor Castle with the ceremony beginning at 12 p.m. London time (7 a.m. EST; 4 a.m. PST). The Dean of Windsor will conduct the service and the Archbishop of Canterbury will officiate as the couple takes their vows.

There are a lot of people that would love to make the guest list for Markle and Prince Harry’s wedding, but only a select few will actually make it. When it comes to the guest list a number close to 600 people have been invited to the service and luncheon while only 200 guests will attend a private reception given by Prince Charles at Frogmore House. Due to Prince Harry being sixth in line for the throne, the couple are not required to invite diplomats from around the world and in April it was revealed the two would not be inviting any political leaders at all. While there has been nothing confirmed, it is rumored that many stars, thanks to Meghan’s Hollywood career, have also been sent invites. In addition, 2,640 people have been invited to watch the bride and groom and their wedding parties arrival on the castle grounds.

If anything is extremely for the big day, it is capturing the big day! Unsurprisingly when it comes to who will be taking photos of the wedding, the couple chose Alexi Lubomirski who photographed their engagement. Kensington Palace made the announcement on Friday, April 13: “Prince Harry and Ms. Meghan Markle have selected Alexi Lubomirski to be the official photographer at their Wedding on Saturday 19th May,” the Palace stated via a press release. “Mr. Lubomirski will take the official photographs at Windsor Castle following the Wedding at St. George’s Chapel.” Lubomirski shared his own messaged, saying, “I could not be more thrilled or honored to photograph this historic occasion,” he stated via the release.  “Having taken Prince Harry and Ms. Markle’s engagement photos, it brings me such joy to be able to witness again, the next chapter in this wonderful love story.”

One thing guests won’t have to worry about is wondering what to get the couple who has everything. With just over a month to go before their wedding, the duo announced that in lieu of gifts they were asking for donations to seven personally selected charities. “Prince Harry & Ms. Meghan Markle are incredibly grateful for the goodwill they have received since their engagement, & have asked that anyone who might wish to mark the occasion of their wedding considers giving to charity, instead of sending a gift,” the palace said in a statement on Twitter. “The couple have personally chosen 7 charities which represent a range of issues that they are passionate about, including sport for social change, women’s empowerment, conservation, the environment, homelessness, HIV and the Armed Forces.” The seven charities selected are:  CHIVA (Children’s HIV Association, Crisis — the national charity for homeless people); Myna Mahila Foundation — a charity which empowers women in Mumbai’s urban slums; Scotty’s Little Soldiers — the charity for bereaved Armed Forces children; StreetGames, which uses sport to change lives across the UK; Surfers Against Sewage — a national marine conservation and campaigning charity; and The Wilderness Foundation UK, which promotes the benefits and enjoyment of wild nature.

Royal fans around the world set their alarms to make sure they didn’t miss the wedding of Prince William and Kate Middleton, and similarly, Prince Harry and Meghan Markle’s big day will be televised. “The couple of course want the day to be a special, celebratory moment for their friends and family,” a spokesperson for the couple said. “They also want the day to be shaped so as to allow members of the public to feel part of the celebrations too and are currently working through ideas for how this might be achieved.”

Additionally, those toasting the royal couple on the big day can enjoy the fact that pubs will be open a little later than normal. “The royal wedding is a chance for communities across the country to join together and celebrate this momentous and happy occasion for our royal family and for our nation. As shown by the support for the proposal to extend licensing hours, it’s clear that the public back the idea of having more time to raise a glass to Prince Harry and Meghan Markle on a day of national celebration,” Home Secretary Amber Rudd said in a statement. Serving hours in Britain were also relaxed following Prince William and Kate’s wedding in 2011, as well as the Queen’s 90th Birthday celebrations in 2016.

While some details are being kept sealed, such as the designer and look of Markle’s dress, the couple has been more open about some other aspects, including what kind of food to expect. On March 20, 2018, Kensington Palace officially announced that the pair asked pastry chef Claire Ptak of Violet Cakes in London to create their wedding cake. The announcement also revealed that Prince Harry and Ms. Markle asked the chef “to create a lemon elderflower cake that will incorporate the bright flavors of spring. It will be covered with buttercream and decorated with fresh flowers.” “Prince Harry and Ms. Markle are looking forward to sharing the cake with guests at their wedding at Windsor Castle,” the palace added. It was also revealed that Markle had some history with Ptak as she had previously interviewed her for Markle’s former lifestyle website The Tig, and it was noted that Ptak’s use of “seasonal and organic ingredients in her cakes” is what won her the commission for the historic day.

Although Prince Harry and Meghan Markle have been dubbed an “unconventional” and “non-traditional” Royal couple, the two have stuck with some tradition, including when it comes to their official invitations. On March 22, Kensington Palace revealed that consistent with tradition, the invitations were made by Barnard Westwood and explained that they “feature the Three-Feathered Badge of the Prince of Wales printed in gold ink.” With so much interest in the very personal process of creating the invites, the palace then gave more details, explaining, “Lottie Small, who recently completed her apprenticeship, printed all of the invitations in a process known as die stamping, on a machine from the 1930s that she affectionately nicknamed Maudem” adding, “using American ink on English card, the invitations are printed in gold and black, then burnished to bring out the shine, and gilded around the edge.” Notably, the invites also included Harry’s legal name, which is Henry, reading: “His Royal Highness the Prince of Wales requests the pleasure of the company of ______ at the marriage of his royal highness Prince Henry of Wales with Ms. Meghan Markle at St George’s Chapel, Windsor Castle on Saturday, 19th May 2018 at 12 noon followed by a reception at Windsor Castle.”

Prince Harry might be blazing his own trail when it comes to being a Prince and marrying an American actress and divorcee, but his family has given their full support. While no official cost has been given for the wedding, it has been confirmed the Royal Family will be taking care of the bill and, in mid-March, the Queen gave her public blessing and approval for the May 19 wedding. “My Lords, I declare My Consent to a Contract of Matrimony between My Most Dearly Beloved Grandson Prince Henry Charles Albert David of Wales and Rachel Meghan Markle, which Consent I am causing to be signified under the Great Seal and to be entered in the Books of the Privy Council.”

While it is common in celebrity relationships where a lot of fortune is involved for a prenuptial agreement to be signed, that isn’t common for Royal weddings, and it is expected there will be no prenup for Prince Harry and Markle. “The precedent has therefore been set by Harry’s father and brother, neither having entered in prenuptial agreements before they married,” lawyer Julian Hawkhead explained.

Along with the cake, it was formally announced who would be providing the floral display for Prince Harry and Meghan Markle’s wedding day. Kensington Palace announced on April 1, 2018, that Philippa Craddock had been hired for the task. “Prince Harry and Ms. Meghan Markle have chosen floral designer @philippacraddock to create the church flowers for their wedding. The displays in St George’s Chapel will feature foliage from The Crown Estate and Windsor Great Park and will use seasonal plants including branches of beech, birch and hornbeam, as well as white garden roses, peonies and foxgloves. The designs will reflect the wild and natural landscapes from which many of the plants will be drawn. The Royal Parks will also supply pollinator-friendly plants from their wildflower meadows. These plants provide a great habitat for bees and help to sustain healthy and biodiverse ecosystems,” the announcement read.

Following the wedding ceremony at St. George’s Chapel, the newlyweds are scheduled to take a carriage procession from the chapel through Windsor town and back to Windsor Castle along a path known as the Long Walk. “They hope this short journey will provide an opportunity for more people to come together around Windsor and to enjoy the atmosphere of this special day,” the statement said. “Following the service, there will be a reception at St George’s Hall for the couple and the guests from the congregation. Later that evening, the Prince of Wales will give a private evening reception for the couple and their close friends and family.” The smaller reception will be just for the couple’s family and closest friends and will be hosted at Frogmore House by Harry’s father Prince Charles.

It is not news that Prince Harry and Meghan Markle aren’t a typical Royal couple, so while their wedding will follow Royal protocol, it won’t be as traditional as Prince William’s and Kate Middleton was. “The day of the wedding itself will certainly hold a few unconventional surprises. Don’t expect a royal wedding by numbers …  While it is very much a British wedding, expect a few American touches too. She’s not picked a chief bridesmaid, she’s chosen a maid of honor,” a source explained of the influence of Markle’s background. Additionally, it has been assumed that Markle’s Hollywood background means celebrity presence will be more likely than that of world diplomats and political families, which is more common in Royal weddings. 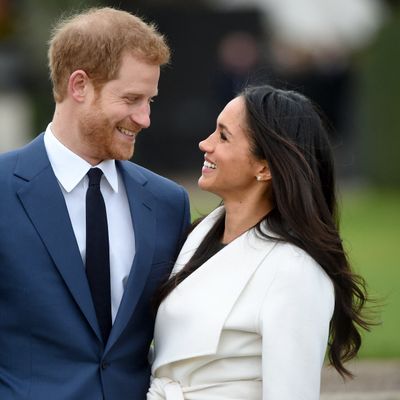