Home » Entertainment » Celebrities » Media Beware: 9 Celebs Who Will Fire Back

Media Beware: 9 Celebs Who Will Fire Back 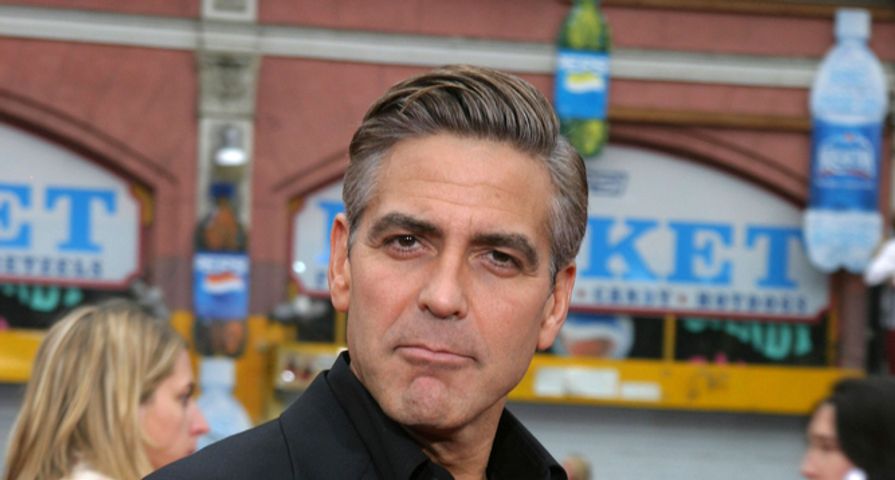 Critics and the news media are often ruthless when addressing celebrities, or suggesting something they need to do differently. They are people, after all, and most of what we call the news media swim in one of the pools labeled “blog” or “tabloid.” It’s quite refreshing when a celebrity hears something that is false, or is asked an incredibly inappropriate question and fires back a cruise missile. Here 9 (officially 10) celebrities who are unafraid to go toe to toe with news media, or saucy interviewers.

It seems like almost yesterday… because it was only last week when Miles Teller lifted a Twitter hand and said, “Hold up, Esquire, I didn’t offer your publication an interview so you could throw me under the bus.” OK. That’s a paraphrase. But Miles is the catalyst for this list. He was featured in Esquire before the release of the critically-slammed Fantastic Four, and within the article and interview, it was suggested that Miles is totally cool with being a bit of a d*ck. That he’s a bit d*ckish. Which is different than being duckish, if that’s what you’re thinking. According to Miles, he said nothing of the sort, and suggested that the magazine used many of his quotes out of context in order to present such an angle and persona. He may play characters that can be a little d*ckish, but he, himself, is a good dude.

It seems like almost yesterday… because it was only this spring when Robert Downey Jr. took exception to Krishnan Guru-Murthy’s line of questioning, and walked out of the session, short of the scheduled time. When you’re RDJ, and you’re sitting down to an interview, junket style, and the first few questions are related to Iron Man and The Avengers: Age of Ultron, then they shift into queries of a drug-addicted past, it has to be a little off-putting. Right? Sure, questions are questions, but when a person has addressed something to the nth degree, and offered entire features on it, as Robert has, why do people feel it’s necessary to rehash it… all the time? Many called RDJ a prima donna and diva for walking out, but it was a strong move on his behalf, and a reminder to the media not to bite the hand that feeds them.

How is a Kardashian on this list? Aren’t they the most loathsome of all celebrities, especially considering they’re not even real celebrities, but socialite fauxlebrities? Sure. Fine. A valid argument. However, when it comes to the media scorn that is tossed at this family, there is one individual who will stand up, and fire back each time. Khloe. She’s the youngest daughter of the actual Kardashian klan, and she’s no nonsense. She may have the best head on her shoulders, and realize that she’s doing nothing more than milking a cash cow for everything it’s worth, but when it comes to her personal life, and attacks on her personal life, she will fire back. Most often via Twitter. Whether she’s firing back about O.J. Simpson accusations, or Lamar Odom relationship drama, Khloe doesn’t play.

These two are a tag team from hell if you consider yourself a member of the paparazzi. Many camera-toting, celeb stalkers have engaged in battles of wit with Dax Shepard and Kristen Bell, only to come out the loser on the other end. Dax and Kristen are a legitimate power couple. They’re such a power couple, their version of firing back at the media doesn’t come through social media, but through interviews and debates that are geared toward crushing the paparazzi’s infringement into the family lives of celebrities. All that is to say, they want some no-joke legislation drafted to kill someone’s opportunity to hound celebrities while they’re with their children. And rightly so. If you want to see either of these prefer-to-smile-over-seethe types angry, just try to capture an image of them while they’re with their kids.

It’s been a couple of years, but for those who are familiar with the Robert Downey Jr. walkout may be familiar with the Quentin Tarantino, “I’m shutting your butt down,” interview. That’s because the interview was driven by the one and only Krishnan Guru-Murthy. This particular interview took place as promotion for Quentin’s blood lusty western, Django Unchained, and within the interview, Guru-Murthy wanted to rehash talking points that Quentin has talked into the ground: the correlation of violence in cinema playing into violence in real life. Quentin stood toe to toe with his interviewer and repeatedly said he wouldn’t talk about it again, and that if people wanted to know how he felt, they could Google him and find the answers. Quentin, however, did not walk out, and finished the very enjoyable interview.

David Beckham is an interesting animal in the realm of celebrity. For those who really know him, he’s a fearless, former footballer, who was one heck of a team leader, facilitator on the pitch and greatest assist and set-up man the game has known. For most others, he’s a really great looking dude who is married to the artist known as Posh Spice — Victoria Beckham. David doesn’t take kindly to media reports about him. He will waste no more than 30 seconds to read and respond to a media missile. Most of the time, it has to do with his children. From leaving them in an air-conditioned car with their nanny to letting his four year old use a pacifier, David doesn’t stand for media criticism. And he’s quite friendly about telling people to butt out. Here’s to wishing, just once, he’d offer a shot uncensored.

Jon Stewart was the most annoying man in television for many career politicians. Nobody was safe from this exceptionally well informed comedian, who took late night talk into a realm it had never gone before. Regardless, Jon took his fair share of shots from media personalities, and fortunately for Jon — and the rest of us — he had a most perfect platform for rebuttal. Here is something that won’t likely end as he pursues other ventures. And people will crave those moments when something is said, and Jon fires back. We’ll miss it. And a perfect example: the week before saying that he was stepping out for a drink, Jon took David Zurawik, a writer for The Baltimore Sun, and Fox News to task after it was suggested that Jon was a partisan tool of the Obama administration.

Jennifer Love Hewitt has earned a toward-the-top spot on this list, because she sent an incendiary rocket at mass media after she was photographed and fat shamed by TMZ while on a Hawaiian vacation. Jennifer didn’t appreciate it, and she made a quick call to her publicist who arranged for the bomb to be dropped on TMZ headquarters by a more respected publication, People Magazine. It’s crazy to think that this happened some eight years ago, but the 2007 date is fast approaching. Jennifer reminded everyone that body weight and shape fluctuate during various life seasons. It’s not as if she was planning to shoot a workout video, or a modeling session for swimwear. She was just kicking it on the beach with her honey. She reminded everyone that she loved her shape, and TMZ should get bent.

It takes some serious celebrity clout to fire back at a large publication, and get them to apologize or print a retraction. George Clooney is one of those people. When George Clooney decided to get married, it was a huge deal. It was bigger deal to the media than it should have been, but fairly, we all wondered if the Louisville native would ever settle down. When he did, many “journalistic” outlets went drumming up controversy, the British tabloid, The Daily Mail, being one of them. This was the report that suggested Amal Alamuddin’s mother was not in favor of her daughter marrying George. Where the tabloid got this false information, one can only guess, but George did not take it lightly. The paper followed by apologizing to George the following morning, and removed the story from its website.