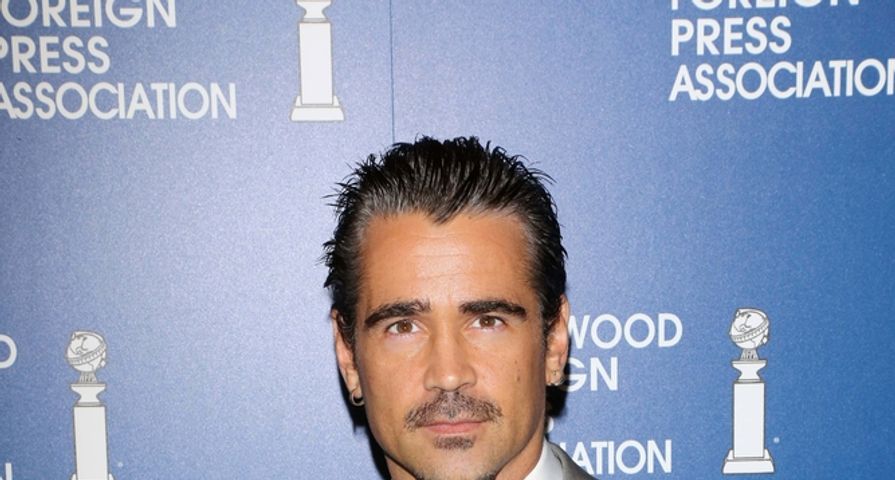 Hollywood has some of the best looking men in the world. They have the most handsome faces and the most sculpted bodies, but they are also incredibly toxic, single and most certainly on the prowl. They’ve proven time and time again that they don’t have a lot of respect for women and that they are incapable of change. It doesn’t seem to matter though – women still seem to flock to them. In an effort to protect women everywhere, here is our list of Hollywood’s most toxic bachelors. Ladies, avoid these men at all costs!

Usher proved just how toxic he can be when he was dating Rozonda “Chilli” Thomas. While this hot couple were on a break, the “U Remind Me” singer hooked up with another women, despite the fact that he had promised his ex that he would be faithful;. Because of this, Chilli never got back together with him and he went on marry Tameka Foster, a woman who in no way compares to his gorgeous ex. Usher is currently single, so ladies beware!

After his relationship with Vanessa Hudgens ended, Zac Efron became known for being completely debauched. He got into a fight in one of the sketchiest areas of Los Angeles (possible drug deal gone wrong?) and he was rumored to be in out of rehab last year for cocaine abuse. While he still looks good with his sculpted physique, don’t be fooled ladies. Efron needs some time on his own to figure out his life. Unless you’re interested in taking on a long-term project, stay away from this toxic bachelor.

Chris Brown is easily one of the most toxic bachelors out there; however, he still manages to get girlfriends. He has dated Rihanna on an on-off basis for years, despite beating her unconscious back in 2009. When he and the “Live Your Life” singer aren’t together – and sometimes when they are – he is with aspiring model Karrueche Tran. Brown is somehow still desirable after being charged with domestic violence – which makes absolutely no sense to us!

Justin Bieber seems a little too young to have become a toxic bachelor; however, his tempestuous on-off relationship with Selena Gomez and his love of Brazilian brothels have made him just that. Even though his exploits are known throughout the world, women are still interested in hooking up with this debased celebrity. He was rumored to be getting close with Adriana Lima a the Cannes Film Festival, which makes absolutely no sense to us for a myriad of reasons.

John Mayer is the epitome of toxic. He has had relationships with numerous women in Hollywood, including Jennifer Love Hewitt, Jessica Simpson, Jennifer Aniston, Taylor Swift and Katy Perry, and he has earned a reputation for being a total jerk and big mouth. His interview with Playboy back in 2010 where he discussed his sexual relationship with Simpson shows just how toxic he can be. “That girl, for me, is a drug. And drugs aren’t good for you if you do lots of them,” John said after their breakup. “Yeah, that girl is like crack cocaine to me. Sexually it was crazy. That’s all I’ll say. It was like napalm, sexual napalm.”

Wilmer Valderrama is kind of like John Mayer in that he likes to talk about how his past girlfriends performed in the bedroom. The only difference between these two toxic bachelors is that the “That ‘70s Show” star dates high profile celebrities while they are still teenagers. When Valderrama was talking to Howard Stern several years ago, he showed us just how toxic he is when he told the talk show host that Ashlee Simpson was “a screamer” in bed.

Jude Law has developed a reputation for being a lothario and for having difficulties with monogamy. When he was married to Sadie Frost, he was rumored to have cheated on her multiple times and, when he was engaged to Sienna Miller, he publically humiliated her when news broke that he had cheated on her with his children’s nanny. Since then he has fathered a love child with a model and has stayed as far away from marriage as is humanly possible.

Around the time that Tom Cruise hooked up with Katie Holmes, rumors were circulating that he had been interviewing a number of high profile actresses, including Scarlett Johansson, Jessica Alba, Lindsay Lohan and Kate Bosworth, in the hopes of making one of them his wife. Holmes reportedly was selected because she had said in an interview that she had always wanted to marry the Oscar-nominated star. Cruise is currently single and holding auditions for the role of his wife. Ladies, don’t fall for it – it is a trap!

James Franco used to be known for his exceptional acting abilities and nothing else, but these days he is becoming known for being a toxic bachelor who will hook up with anything. From posting suggestive shots of himself in his underwear on Instagram to using the same social media platform to pick up underage women to rumored hook ups with Lindsay Lohan, Franco has demonstrated that he has no standards or morals.

Collin Farrel has been linked with a series of high profile women, including Britney Spears, Angelina Jolie, Nicole Narain and Amelia Warner; however, nothing seems to stick. According to this toxic bachelor, he has trouble finding women who stimulate both him mentally and sexually. “Love is often complicated – sex is much easier. But there is still this yearning to find the love of your life. If I could have interesting conversations after sex, I would be in heaven,” the Golden Globe-winning actor said.