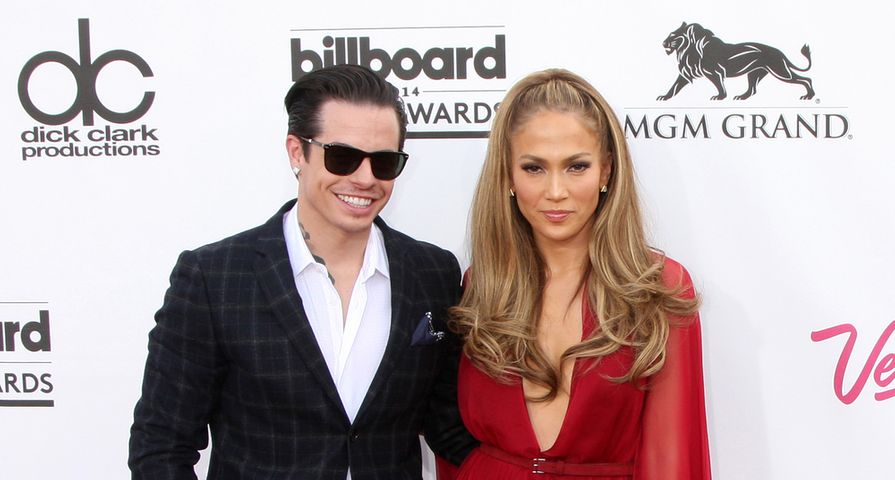 Gold digger is a term that is mostly applied to women; however, sometimes the savviest of the gold diggers are actually men. They typically go after wealthy, unassuming women and, if you look closely, they are everywhere. Hollywood is no exception. Most women are wealthy and many of them are incredibly insecure, which makes them prime targets. Since it isn’t fair to focus only on the women, here are 10 of Hollywood’s best known male gold diggers.

Guy Ritchie was a successful director before he married Madonna; however, by marrying and divorcing the pop queen, he made himself a very, very wealthy man. For eight years of marriage, he reportedly received a divorce settlement between $76 to $92 million. According to the “Sherlock Holmes” director, he believes that his marriage to Madonna was “ultimately very positive.” For that amount of money, we bet it was!

Even though Kris Humphries was only married to Kim Kardashian for 72 days, once she had filed for divorce, he was out for blood. Instead of opting for a quiet, drama-free divorce, the NBA player was more interested in money and extending his 15 minutes of fame. Humphries was allegedly most concerned with what became of the couple’s lavish wedding gifts. One of their guests had given them a $325,000 Ferrari and Humphries was upset because Kim had kept it!

Matt Rutler was a complete nobody when he started dating Christina Aguilera in 2010. He met the then married singer on the set of “Burlesque” – she had a starring role in the film while he was a production assistant. Rutler has been doing pretty well since he started shacking up with the Grammy-winning singer. In 2013, she bought a new Mulholland Estates mansion in Los Angeles to share with her beau for $10 million and they are now engaged and expecting a child together.

Rossao Rubicondi was married to Ivana Trump, who is 23 years his senior and incredibly wealthy thanks to her cushy divorce settlement with her ex Donald. The Italian stallion and Ivana had a $3 million wedding with 400 guests back in 2008; however, the couple separated and divorced less than eight months later. This odd couple – Ivana is currently in her sixties – still enjoy an on-off relationship. Considering that she doesn’t have a lot of time left on earth, it is pretty obvious what Rubicondi is doing.

Nick Cannon – Mariah Carey’s less famous half – has been doing pretty well since he shacked up with the world famous singer. Even though he is said to have had a successful career in film and music before he met Carey, he really didn’t become famous until he married her. Now that he has her shackled down with two children, he does whatever he wants. According to the Grammy-winning singer, he wasn’t even around for Valentine’s Day and he doesn’t make a lot of time for her anymore. It sounds to us like he is ready to cash in!

Before Justin Theroux hooked up with his much wealthier fiancé Jennifer Aniston, he had been in a 14-year relationship with a relatively unknown stylist named Heidi Biven. Since he and the “Friends” star became a thing, Theroux has gone from no list to the A list. Rumor has it that Aniston’s screenwriter fiancé knows exactly how much money she has and he is looking to become involved in her finances so that he can help her make more money. Let’s hope these two get a prenup!

David Gest and Liza Minnelli had one of the dirtiest divorces in Hollywood. In the divorce papers, he claimed that she had herpes but failed to tell him before their prenuptial agreement was signed. According to New York law, this admission nullified the prenup. Minnelli was worth a reported $60 million at the time and it looked like Gest was looking to claim a far greater portion of her money than he was actually entitled to.

Before Dean McDermott met Tori Spelling, he was just another struggling actor looking for work. He was married at the time to Mary Jo Eustace. They had one biological son and were in process of adopting a baby girl. Once he met Spelling on the set of the TV movie “Mind Over Murder,” he was quick to ditch Eustace and opt out of the adoption process. Even though Spelling has only inherited about $800,000 of the $500 million Spelling fortune, McDermott clearly hasn’t given up hope.

Meeting Britney Spears was one of the best things to have ever happened to Kevin Federline. He was a lowly back-up dancer when they first met, engaged and expecting his second child with Shar Jackson. When he realized he had a shot with the pop star, he quickly ditched his pregnant fiancé to live the dream. When Federline and Spears went their separate ways after two years of marriage, he received $13 million and custody of their two boys four out of seven days of the week.

Jennifer Lopez pulled a Britney Spears when she ditched her husband of seven years, Marc Anthony, for one of her back up dancers, Casper Smart. Her latest beau has become one of the luckiest guys in the business. Now that he has hooked up with the multi-millionaire singer-actress, he reportedly gets a $10,000 a week allowance and he also got a job promotion – in 2012, he went from being a back up dancer to JLo’s choreographer. Smart is still by Lopez’s side despite the 17-year age gap. Something tells us that once she hits menopause, he might really want his payout.