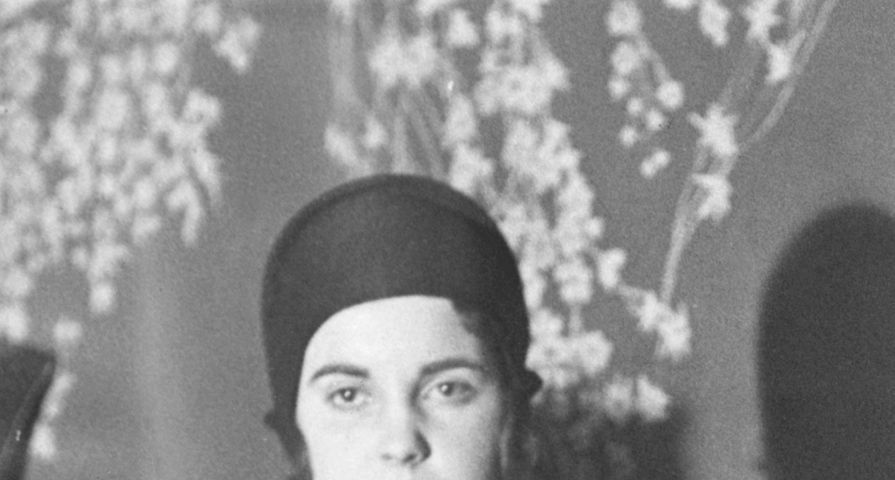 While many of us assume that all wealthy people lived charmed lives, that isn’t always the case. For some people, money comes with problems. We have a list of 12 famous heirs and heiresses who were born exceedingly wealthy, but who suffered some serious tragedies that have long since been forgotten.

Casey Johnson was the heiress to the Johnson & Johnson fortune and a friend of Paris Hilton and Nicole Richie. While her family is worth billions (her dad Woody owns the New York Jets), she was living in squalor in a house on Mulholland Drive that had no electricity and was infested with rats after her parents had cut her off in an attempt to force her to go to rehab and deal with her drug and alcohol issues. In January 2010, she was found dead in her apartment by her maid days after she passed. Casey, a diabetic, died of “diabetic ketoacidosis,” a condition caused by a shortage of insulin. She was just 30 years old.

Edie Sedgwick was born into a wealthy and prominent New England family with her father’s side having a connection to the signing of the declaration of independence and her mother’s family earning their money through the Southern Pacific Railroad. Before she rose to fame as Andy Warhol’s superstar, she was hospitalized for anorexia. Following her break with Warhol, she spent the rest of her short life struggling with drug addiction and mental illness and was institutionalized on multiple occasions. She died suddenly at the age of 28 of a barbiturate overdose.

Anderson Cooper, son of heiress Gloria Vanderbilt, was heir to his mother’s $200 million fortune before he was disinherited. While he’s been able to live a really privileged life, it has not been without some tragedy. In 1988, his older brother, Carter, jumped from the 14th-floor terrace of his family’s New York City penthouse apartment to his death. It was later revealed that Carter’s suicide was probably caused by a psychotic episode brought on by an allergy to the anti-asthma prescription drug salbutamol.

Alexander Onassis – the only son of Greek shipping magnate Aristotle Onassis – had been groomed to take over his father’s empire upon his death. However, that changed when he was in a plane crash at Hellinikon International Airport in 1973. At the time, he had been training another pilot, Donald McCusker, when the plane’s right wing dropped and stayed down, causing the plane to lose balance and crash. Both Onassis and McCusker were seriously injured, but Onassis ended up dying in the hospital of a brain hemorrhage just 27 hours after the plane crash. He was only 24 years old. His death had a profound effect on his father Aristotle and he died two years later.

Patty Hearst – granddaughter of William Randolph Hearst, who founded the Hearst media empire – was only 19 and a sophomore at the University of California, Berkley, when she was kidnapped in 1974 by an urban guerrilla group called the Symbionese Liberation Army (SLA) and held for a ransom. Her parents paid the SLA $2 million, but it didn’t secure her release. While in captivity, Patty ended up joining the SLA and took part in an armed robbery. The FBI was able to capture her 19 months after she was first kidnapped, and she was then charged and convicted of armed robbery and sentenced to 35 years in prison, despite her claim that she was brainwashed by the SLA. She only served 21 months when President Jimmy Carter commuted her sentence, and in 2001, President Clinton pardoned her.

Shipping heiress Nancy Cunard shunned her privileged upbringing and moved to Paris in the 1920s and became an icon in the intellectual community. As a poet and political activist, she was part of a bohemian group that included Ezra Pound, T.S. Elliott and Pablo Neruda (all of whom she was rumored to have been involved with). In her later years, she drank heavily and her mental and physical health began to deteriorate as did her money. Just after her 69th birthday, she was found unconscious on a Paris street, weighing less than 60 pounds. Although she was revived, she then fell into a coma and died in March 1965.

John Paul Getty III’s grandfather, oil tycoon J. Paul Getty, was the world’s richest private citizen but, despite his vast amounts of wealth, he was notoriously frugal, so when 16-year-old John Paul was kidnapped in Rome in 1973, he refused to pay the ransom. It took the kidnappers sending the family a part of Jean Paul’s ear for him to finally agree to pay. In total, Getty paid $2.89 million for his grandson’s release, but only because his accountants found a loophole so that he could write off a portion of it. After John Paul’s release, he struggled with addiction issues and in 1981 had a stroke that left him a quadriplegic, as well as partially blind and unable to speak. He spent the rest of his life in a wheelchair and was taken care of by his mother.

Aristotle Onassis’ daughter was proof that money just couldn’t buy happiness. Even though she had all of the money in the world, her personal life was really turbulent and she was never able to find true love. All four of her husbands were interested in her money and she lost all three members of her immediate family (her brother, mother and father) within a 29-month period. Diagnosed with clinical depression, she was prescribed barbiturates, amphetamines, and sleeping pills by a doctor. She also struggled with her weight and would frequently go on crash diets only to gain the weight back. Following the divorce with her fourth husband French businessman Thierry Roussel, with whom she shared one child Athina, she was found dead in a bathtub in Buenos Aires after suffering a heart attack caused by acute pulmonary edema. She was just 37.

Tobacco heiress Doris Duke became one of the richest girls in American after her father, president of the American Tobacco Company, Buchanan Duke, died and left her his fortune. She was just 12 years old at the time. When she was 14, she had to sue her mother, who was left with a modest trust fund, to stop her from selling family assets. As she got older, and after two failed marriages and the death of daughter Arden, she found herself at 80 addicted to antidepressants, painkillers, sleeping pills and alcohol. Days before her death, she rewrote her will and made her butler, Bernard Lafferty, executor of her $1.2 billion estate. Although many assumed that she had been manipulated into changing her will and that he had killed her, no charges were ever filed against Lafferty in connection with her death.

Abigail Folger was the heir to the Folger coffee fortune. She grew up in San Francisco and attended Radcliffe College for her Bachelor Degree and Harvard for her Master’s Degree. She had been volunteering as a Social Worker for the Los Angeles County Welfare Department when she and her boyfriend Wojciech Frykowski began staying at Sharon Tate and Roman Polanski’s house back in April 1969. On August 8 of that same year, 25-year-old Folger’s life came to an untimely end when members of the Manson Family broke into Tate’s home and brutally murdered Folger, Tate, Frykowski and Jay Sebring.

Francesca Hilton was the daughter of actress Zsa Zsa Gabor and hotel tycoon Conrad Hilton. They divorced before their daughter was born and Francesca didn’t grow up having a really close relationship with her wealthy father. When he died in 1979, he left her only $100,000 from his $200 million fortune and gave the rest to charity. She tried to challenge the will but lost and had to make a living by working a variety of jobs from acting, stand-up comedy, and working for her father’s charitable foundation. When she died suddenly of a stroke in 2015, she had been struggling financially and was living in a dingy L.A. motel and sleeping in her car when she couldn’t afford the weekly rent.

Heiress Barbara Hutton was one of the wealthiest women in the world. Granddaughter of Frank W. Woolworth who founded the successful five and dime stores, her childhood was marked by loss. Her mother committed suicide when she was just 4 years old and her father abandoned her. As a result, she struggled to form relationships and none of her seven marriages lasted more than four years. She became addicted to alcohol and drugs and developed anorexia nervosa and died at the age of 66 of a heart attack. At the time of her death, she was on the verge of bankruptcy because of her spendthrift ways.