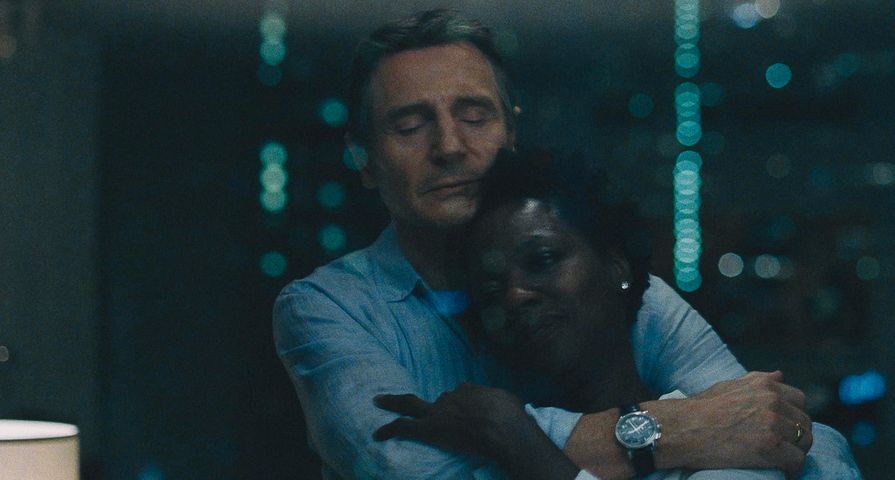 Widows, a Steve McQueen-directed film co-written by Gillian Flynn, is a refreshing take on the once male-dominated thriller genre in which Viola Davis takes center stage. The film delves into all the fundamental aspects of a crime drama with gasp-worthy twists and adrenaline-pumping action scenes, yet also does something fresh and new by putting female empowerment at the forefront.

Widows begins by introducing a teachers union executive Veronica Rawlings (Viola Davis) and her husband Harry (Liam Neeson), a professional criminal, who live a privileged lifestyle in upper-class Chicago. The opening scene introduces quick flashes of Harry and his counterpart criminals in the midst of a crime-gone-wrong in which one of their escape vans with all three men and $2 million dollars inside goes up in flames.

The death of the criminal trio leaves the group’s wives as widows and left to deal with their mess. Veronica is the first target who is chased down by the owner of the $2 million dollars, the local alderman candidate, Jamal Manning (Brian Tyree Henry), to repay what was lost in the failed crime. With imminent threats of death at her throat from Manning and his violent henchman, Veronica comes up with a master plan to settle the score.

Veronica discovers her husband’s abandoned crime notebook which outlines the details of his next deal for $3 million and convinces the widows of her husband’s crew to embark together on a sensational mission to complete the job. Veronica acts as the ringleader of the group of women who have obstacles to overcome following their husband’s shocking deaths — Linda (Michelle Rodriguez) loses her cherished dress boutique and Alice (Elizabeth Debicki) is forced to provide for herself which results in her becoming a sugar baby.

The relationship of the widows working together in the realm of crime and action, typically dominated by men, is truly what makes Widows a shining star. The women are linked by their common loss but their relationship isn’t necessarily friendly, which makes the dynamic even more intriguing to watch unfold with power struggles and hidden secrets laced throughout. The group ultimately prove that intelligence, quick wit, and strategic thinking can triumph more so than violence or debauchery which is typically portrayed in masculine-ridden action films.

The performances of all three women are high-quality and deeply felt, but Viola Davis truly shines in her portrayal of Veronica. Her story runs deeper than the surface level crime plot and also deals with the struggle of being in a mixed race relationship and the traumatic emotion felt by losing her son who was shot needlessly by a white police officer. Despite their role’s being less prominent, the men in the film also put on stellar performances. Most notably, Daniel Kaluuya with his savage and swift murder scenes and Neeson with his “good guy-bad guy” unreliability.

Widows is a film that will keep you on the edge of your seat and will completely enthrall you with the blood-pumping action, grimy political subplots, and underlying race relations. Above all, however, Steve McQueen and co-writer Gillian Flynn absolutely nailed the crime drama genre by breaking into the space in the midst of a time where female empowerment in film is at its absolute peak.