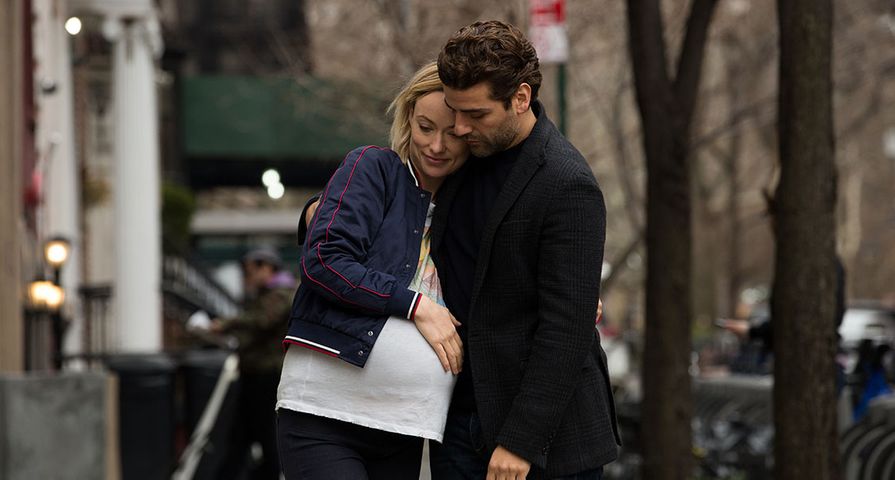 Dan Fogelman, the creator of the popular television drama This is Us, took his tear-jerking directing skills to the big screen with the 2018 film release of Life Itself. The film is a tumultuous ride of emotional ups and downs, that albeit, caused quite a few teary-eyed moviegoers, but the convoluted chapter sequences ultimately felt quite effortful rather than natural plot progression.

Life Itself consists of four interweaving chapters and an epilogue of different stories that are linked together by a fluke and tragic twist of fate. The film begins by introducing the first chapter of its story with Will (Oscar Isaac) and Abbey (Olivia Wilde) and delves into their love story and the means to the end of their relationship. For the beginning portion of the film, we trust that Will is reliable and telling the correct version of why Abbey left him. The film quickly turns on itself, however, and reveals that Will’s misleading perspective isn’t accurate which creates the catalyst for the film and lead character.

At this point, Fogelman introduces the concept of the unreliable narrator, a construct that the entire film spins upon. The idea being that “life itself” is the ultimate unreliable narrator and one single event can have multiple perspectives. A character can be both the hero and the villain depending on how you portray it, which Fogelman demonstrates countless times throughout the metafictional-style film. Although this idea that appearances can be deceiving is interesting, it seems to be consciously mentioned a few too many times to work subtly as a plot device.

Additionally, since the film rotates from the perspective of so many different characters among the chapters, we rarely get a full sense of any of their complexities or 3-dimensional sides. Will’s story in itself is a lot to unpack and felt rather rushed than fully fleshed out. His story could have held it’s own without moving along to two other generations and flying halfway across the world to a lightly linked Spanish family. The film easily had enough content for that of a television series, not that of a film, which is where the main problems with the plot lay.

The charm of Fogelman’s directorial role is that he clearly knows how to properly pull on the heartstrings of his audience, which was no exception with Life Itself. He expertly placed tragedy at every corner and had us lamenting ourselves for worrying about our own seemingly mundane problems in comparison. Accidents, suicide, sexual harassment, and terminal illness, among others, were just a few of the tragedies that were touched upon throughout the film. Any tragedy you could think of, these characters lived through it, which in retrospect, may have been a little much, but nevertheless, Fogelman is clearly a mastermind at getting us attached to a character only to have their entire life uprooted in the face of tragedy.

The shining star in Life Itself truly is the stellar cast of established actors. Oscar Isaac expertly took on the muddled role of Will, while his counterpart Olivia Wilde played the fun-loving, passionate college student to a tee. Will’s parents, played by Jean Smart and Mandy Patinkin, had a small role in the grand scheme of the film, yet their zippy one-liners were both memorable and comedic relief.

Overall, Life Itself was heart-breaking and eye-opening, but effortfully so, which makes it seem like an obvious plea for audience reaction. The film’s disjointed plot structure and wide array of characters made for a convoluted and somewhat flimsy plot that spun wild in too many directions. Despite all this, however, you’ll likely still leave the cinema with goosebumps and bleary eyes. Fogelman is a savvy director with a penchant for displaying melodrama and relatable characters, which definitely makes Life Itself worth the watch regardless.