Home » Entertainment » TV » Dancing With The Stars’ 8 Most Memorable Contestants

Dancing With The Stars’ 8 Most Memorable Contestants 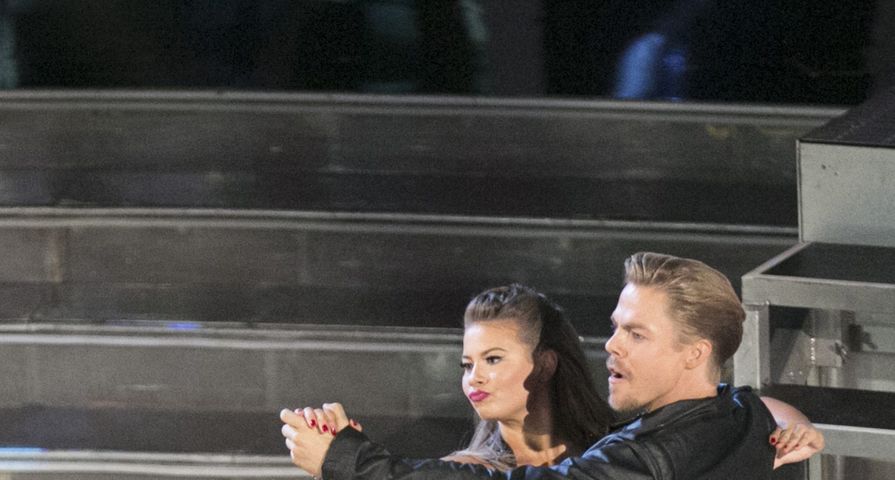 It’s not news that Dancing with the Stars has been around for a long time. After 23 seasons, and currently halfway through the 24th, it’s safe to say there have been some memorable contestants. Whether it be for good or bad, here are 8 contestants we won’t likely forget.

Nyle DiMarco and Petra Murgatroyd were the winners of season 22. Not only were the couple a force to be reckoned with on the dance floor, the contestants genuine spirit easily won over viewers. DiMarco offered so much more than just being a phenomenal dancer. As an activist for the deaf community, he also discucssed how challenging it can be in a society where many don’t take the time to learn sign language. One of the most heartwarming moments of the season was watching Carrie Ann sign a message she had practiced for DiMarco, bringing the contestant to tears in appreciation. We were able to learn so much more than just how to nail a Paso doble from DiMarco.

Bindi Irwin won us all with her beautiful tributes to her father, the late Steve Irwin. Irwin, at such a young age, was able to move audiences to tears as she gracefully conveyed the love she has for her father as well as the pain she has felt at his loss. “Footprints in the Sand” is one of the most memorable dances of all seasons and it is due to the Irwin’s genuine nature while on the stage. A talent truly hard to come by.

Kate Gosselin, best known from Jon & Kate Plus 8, was eliminated during the 4th week of the 10th season. This reality star was known for consistently turning out the lowest scores each week with performances that almost resembled a parody of each genre. Although each dance was remarkably stiff, the real reason this contestant was so memorable was because the TV mom nearly pushed dance partner Tony Dovolani into quitting the show! Each episode contained behind the scenes footage of the contempt between the two, which most likely had a huge influence on the awkward performances.

LMFAO singer Redfoo was partnered with Emma Slater for the 20th season. The rapper had one of the lowest scores in the first week to getting one of the highest scores during the second week. It was a huge shift in talent, although a little too late as the couple did come in 11th place. Even though they weren’t on the show for very long, Redfoo was memorable not only for improving so drastically in the span of a week, but also because you would have never expected the “Sexy And I Know It Singer” to jive or cha-cha-cha.

The elimination of Cheetah Girl Sabrina Bryan in Season 5 has been described as “TV’s most shocking moment in 2007.” Many debates have sprouted over discussing Bryan’s elimination and whether celebrities of past dance experience should even be allowed on the show. Although many have since argued that even the slightest dance background should count as cheating, some have stated that just because a contestant knows Hip Hop, doesn’t mean they know how to Viennese waltz. Bryan has been one of the most memorable contestants not only for her enormous talent, but also because of the conversations her elimination has inspired.

J.R. Martinez, actor and former U.S. Army soldier, was the winner of season 13 with partner Karina Smirnoff. No one could argue the fact that Martinez has been one of the most inspirational and memorable contestants on Dancing with The Stars, whether it be from hearing how his mother had to reteach him how to walk after surgery, how he recovered from severe burns to 34% of his body, or even from watching him crush any dance style thrown at him. Despite any obstacle, Martinez consistently dominated the competition, from waltzes to jives.

How could anyone possibly forget someone as charismatic as Alfoso Riberio? The season 19 winner dazzled us all, judges included, with 10s showing up on the board almost every week. As soon as Ribeiro busted out “The Carlton” it was game over for all viewers, he had our heart! It was no question why Alfonso was called back to perform the opening to this season’s Disney Night.

Jennifer Grey and partner Derek Hough dominated the score board all throughout season 11, although we all had high expectations from remembering the actress as “Baby” in Dirty Dancing. Grey’s resilience throughout the season is what truly made her memorable. The cancer survivor suffered from a ruptured disc and several physical injuries from the intense dance routine but still rocked the stage each week. The season was much more controversial then others with talcum powder being sent to the studio via mail, voting systems being questioned for validity as well as huge fan upset over Brandy’s elimination. Grey, however,handled all situations with grace and poise.