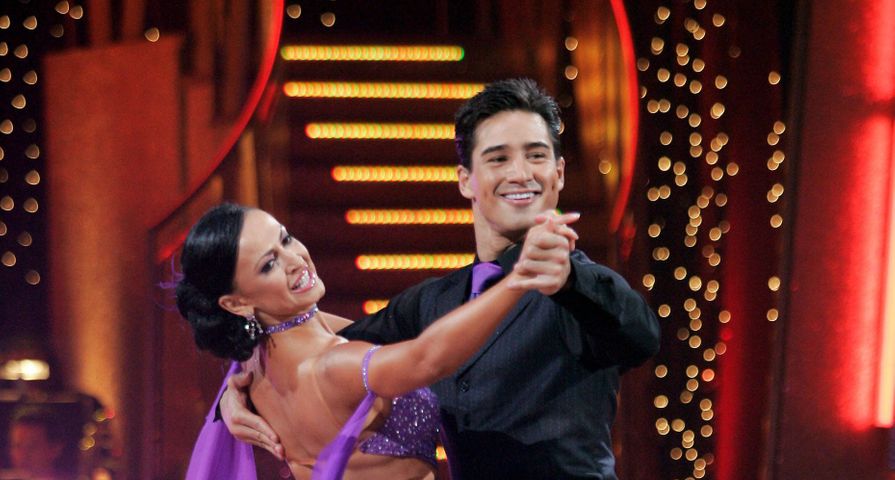 Dancing With the Stars has been a very successful show since first airing in 2005, and while some seasons have disappointed, others have turned into a very serious competition. Due to the backgrounds of the stars, it doesn’t take long for audiences to predict who will have an advantage, and while there are some surprises with ability, it also doesn’t take long for frontrunners of the season to emerge. There have been several shocking eliminations, along with quite a few Mirror Ball finale surprises. The stars and the pro partners work endlessly to perfect routines, and more than once it has really been a tight race going into the finale, leading to some surprising wins. Not that the actual winners weren’t deserving, but these stars deserved it just as much! Check out 8 stars who should have won Dancing With the Stars, but didn’t!

Season 22 of Dancing With the Stars was one of the most competitive of all the seasons, and while Nyle DiMarco was certainly spectacular, there are some fans who believe Paige VanZant should have been the winner. The MMA fighter and her pro partner Mark Ballas topped the scoreboard as often as Nyle DiMarco and Peta Murgatroyd did, and actually by the end of the season VanZant and Ballas ended up with more total points than the winning pair and it isn’t often that the highest scorers don’t take home the Mirrorball Trophy.

12 Dancing With The Stars Pairs Who Had The Best Chemistry

The ladies dominated season 18 of Dancing With the Stars as Candace Cameron Bure placed third, Amy Purdy placed second and Meryl Davis won the whole thing but there has been contention about the placings. While there is no doubt that all three women shone, many fans argue that Candace Cameron Bure actually improved the most and deserved to be higher than third, or really should have just won. Others argue that Amy Purdy actually should have been the winner, and in the end, some believe that while Meryl Davis was good, it was the romantic storyline between herself and her pro partner Maksim Chermkovskiy that had fans voting for them, not necessarily their dancing.

Every season of Dancing With the Stars has some bout of drama, and one of the most common complaints from fans is that it isn’t fair to have those who have danced before compete against those who have never stepped foot on a dancefloor. With this reasoning in mind, many believe that it was too easy for singer, dancer and actor Jordan Fisher to win, and the Mirrorball Trophy should have gone to a star that had no dancing experience, but was incredible and that was Frankie Muniz. The former child star shocked everyone with his dedication and talents, but only made it to third place with his pro partner Witney Carson, behind Lindsey Stirling and Mark Ballas, and Jordan Fisher and Lindsay Arnold.

Season 12 of Dancing With the Stars was a surprise to many. From reality stars to athletes, there were a lot of big names but most were excited for the reclusive Kirstie Alley to make her dancing debut, and no one expected her to be as good as she was! With extreme dedication, an optimistic attitude and some hilarious one-liners, Alley charmed and danced her way all the way to second place with Maksim Chmerkovskiy, and many viewers of the season think she deserved first! Former NFL star Hines Ward ended up taking home the big prize along with Kym Johnson but it seems a lot of fans were more impressed with Alley and were surprised when she only got second.

Should Sadie Robertson have won Dancing With the Stars? That was a hot topic following the season 19 finale that saw former Fresh Prince of Bel-Air star Alfonso Ribeiro and Witney Carson walk away with the trophy, leaving Duck Dynasty star Sadie Robertson and Mark Ballas settling with second. By the end of the competition, both stars had blown fans away and, while Alfonso was no doubt very good, Sadie was just as good, and many argued deserved the win more because of her lack of experience and having absolutely no background in entertaining; however, it isn’t like Alfonso’s “The Carlton” is a skillful dance. Regardless, many assume Alfonso’s Fresh Prince fan base came roaring through for him and had Sadie’s fanbase been just a bit larger she would have definitely snagged the win.

When Spice Girl Mel B. was announced as a competitor for season five in 2007, she was the immediate frontrunner thanks for her years of experience in choreographed dance in the world’s biggest female pop group, the Spice Girls. Many assume that it was because of her background that Mel B. didn’t end up winning as she and partner Maksim Chmerkovskiy had the highest overall average of the season, above winners racecar driver Helio Castroneves and Julianne Hough. Many argued that because of his lack of experience and incredible skill and hard work to always come out with one of the top scores led Helio to his win; however, based on pure talent, the win definitely should have gone to Mel B.

Quiz: Which Dancing With The Stars Pro Would Be Your Partner?

Season eight of Dancing With the Stars was a particularly tough one with some very surprising skillful dancers in the cast, but in the end, it always seemed to come down to Melissa Rycroft, Gilles Marini, and Shawn Johnson. There is no arguing that Olympian gymnast Shawn Johnson wasn’t amazing, but her win over actor Gilles was pretty surprising to a lot of viewers. Along with his partner Cheryl Burke, Gilles continuously lit up the dance floor routine after routine, but this time it seemed as though no matter who won, it would be shocking. If prior experience is a factor then Gilles definitely impressed more as Johnson’s gymnast training definitely gave her an edge up.

Season nine of Dancing With the Stars was an odd one. First off, everyone assumed Aaron Carter would pull away because of his background in singing and choreographed dancing, but he became a non-factor quick leaving three drastically different finalists, Kelly Osbourne, Mya and Donny Osmond. Just like Mel B in season five, Mya and Dimitry Chaplin had higher average scores on the season, and aside from only two weeks, came out with the higher score than eventual winners Donny and Kym Johnson. She worked hard, stayed near the top of the leaderboard, made it to the finals and inexplicably took home second. She was without a doubt the best dancer of the season but unfortunately didn’t gain as many fans as Donny did through the season.

Poor Corbin Bleu was kind of doomed from the beginning after some argued that he should never have been cast at all because his background experience included extensive dance training, not unlike the pros themselves have had, including Broadway star Debbie Allen, and he had previously performed on a Dancing With the Stars results show. As a result of this questioning and his skill level with dancing, it was obvious the judges were harder on him resulting in less top scores, and because of this, it may not have been too surprising he lost to Amber Riley and Derek Hough. When it comes down to it, however, based on talent and being the best, Corbin definitely should have won the season.

Dancing With The Stars: The Most Controversial Mirrorball Wins

Everything about Mario Lopez and Karina Smirnoff screamed chemistry and that was obvious right from week one of season three when Lopez was a standout talent right away. The pair ended up with five weeks of top scores, considerably more than the eventual winners. Fans immediately became entranced by Lopez all over again from his Saved by the Bell days, and his fun-loving personality did nothing but fuel the fire with the fans. He, of course, made it to the finals where he lost to none other than football legend Emmitt Smith. It seems that, while Lopez was the better dancer, he also fell victim to fans choosing to support someone who wasn’t expected to be so good and who improved so much during the season. Smith did great, but the win really did belong to Lopez.

Dancing With The Stars: The Most Shocking First Dismissals

Without a doubt, the biggest mystery of Dancing With the Stars remains Sabrina Bryan’s shocking eliminations, yes more than one. Season five’s fight for the final may have come down to Mel B. and Helio Castroneves, but ask anyone and it should have been Sabrina Bryan’s season anyway. The former Cheetah Girl along with Mark Ballas hit three of the top scores from the first six weeks of competition and remained in the leaderboard if not with the top score, yet out of nowhere were eliminated after only week 6. Her lowest score was a 25, and it was by no means the lowest of the week, yet she was eliminated. To make matters worse she was called back for Season 15 All-Stars after being chosen by fans and had an even more mind-boggling elimination. In week six she and Louis Van Amstel received the highest score of the week and somehow she was still sent home. Her talent was undeniable and the fans obviously loved her, making her eliminations the most shocking of all the stars and all the seasons.

In season 16, before Corbin Bleu’s season, Zendaya was also confronted with people stating she shouldn’t have been cast as she was starring on a dance based show called Shake It Up. Others were quick to point out though she had hip-hop experience and not ballroom, which is similar to many other stars of the past who had competed. Right from the start Zendaya was confident and made the routines look too easy and, at 16, many thought she was too young to be on the show anyway. Regardless it was stunning that, after pulling in the top score at the finale, she and her pro partner Val Chmerkovskiy were beaten out by country singer Kellie Pickler and Derek Hough. In the end, it seemed that Zendaya’s immediate talent and success didn’t prove to be enough of a “transformation” or “journey” for fans to vote for her for the win.