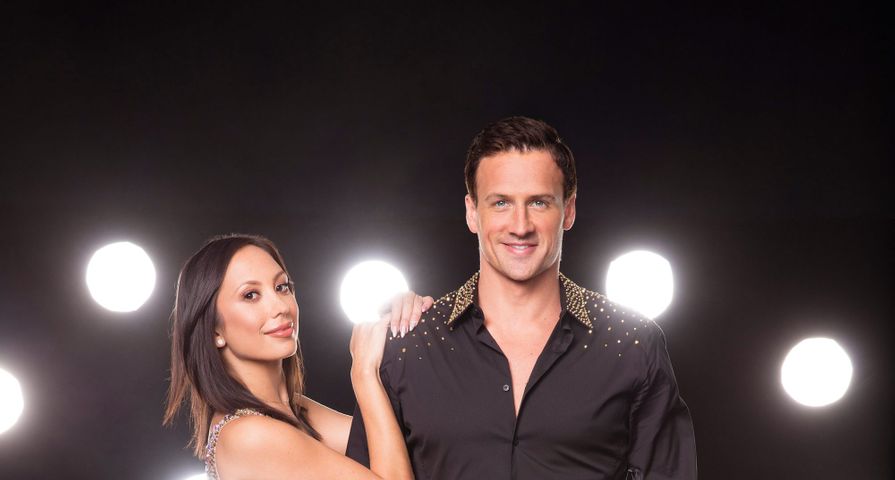 Nick Viall’s casting on Dancing with the Stars was initially controversial because he was considered the villain during his two stints on The Bachelorette. However, it became more controversial when Kaitlyn Bristowe accused Bachelor producer Mike Fleiss of refusing to allow her to appear on DWTS after she was the Bachelorette. According to her, Fleiss specifically told her that he didn’t want any of the former stars of his show to seek fame when it was over, but that’s clearly what Viall was doing with DWTS.

Kate Gosselin was well known when she appeared on season 10 Dancing with the Stars for her family’s reality show, Jon & Kate Plus 8, but she wasn’t well liked. Once she was on the show, she didn’t win anyone over – including her partner Tony Dovolani. Things got so heated between them during one rehearsal when she questioned his teaching methods that he quit!

Former The Fresh Prince of Bel-Air star Alfonso Ribeiro received some backlash during season 19 of Dancing with the Stars because of his former dance experience; he performed in the title role of the Broadway musical The Tap Dance Kid and also danced alongside Michael Jackson in his 1984 Pepsi commercial. His character on Fresh Prince also had his own dance, The Carlton. Ribeiro denied that he had any real dancing experience. “The only dancing I’ve ever done was tap dancing and that was yes, on Broadway, but they taught me to tap dance to do the show,” he said. “I’ve never taken any dance classes. When people call me a professional dancer that’s actually so incorrect. I’ve only taken a few jazz classes and obviously tap. But guess what? We’re not doing any of that on this show. What we’re doing is ballroom and Latin style dances that I’ve never taken and have absolutely no experience in.”

Season 25 winner Jordan Fisher received a lot of flack for having an unfair advantage on Dancing with the Stars because he had dancing experience prior to appearing on the show. He had appeared in Hamilton on Broadway and was the breakout star of Grease Live!

Heather Morris’ participation in season 24 of Dancing with the Star was met with criticism. Although she didn’t have any ballroom dancing experience, she had plenty of other dancing experience. She had toured with Beyonce, appeared in all six seasons of Glee, and she competed on So You Think You Can Dance. An insider told E! News that other contestants weren’t happy about having to compete with someone so experienced. “There has been some joking and a little snark about it among the other contestants, but it’s just because there is literally no doubt she’s a professional dancer It takes the others days or even a full week to learn a routine. She gets it down in a matter of hours.”

Casting Tom DeLay was considered very controversial. In 2005, he was indicted on criminal charges of conspiracy to violate an election law in 2002 by a grand jury in Texas and was then cast of season nine of Dancing with the Stars just four years later, before his case went to trial. Although he seemed keen to take advantage of the opportunity to remake his image, he withdrew from the competition in week three because he had stress fractures in his feet.

Country radio host Bobby Bones is known for creating controversy, whether it’s for his Twitter feuds or for launching a negative billboard campaign against himself to garner sympathy. Even on Dancing with the Stars, he managed to cause even more controversy when he went off script during one of his performances with Sharna Burgess and began “flossing” instead of finishing the performance with her. Fans weren’t impressed with his impromptu move and considered it disrespectful to Burgess.

From his sexist remarks that women can only bring youth to a marriage to disclosing an upcoming military operation in Iraq on Fox News broadcast, Geraldo Rivera has a reputation for creating controversy. In spite of this, he was cast in season 22 of Dancing with the Stars, but he didn’t make it far. He and his partner Edyta Śliwińska were the first pair to be eliminated.

Paula Deen’s career came crashing down when she was sued by a former employee for racial and sexual discrimination and then a videotape deposition showed her admitting to using racial slurs and telling racist jokes. When she was cast in season 21 of Dancing with the Stars, controversy ensued. Critics claimed that by letting her compete on the show, we are condoning her racism.

Craig Sjodin / ©ABC / Courtesy Everett Collection
Dancing With The Stars Juniors: Everything You Need To Know

Tonya Harding was banned for life from the U.S. Figure Skating Associating and stripped of her titles for her involvement in the attack her husband orchestrated on Nancy Kerrigan, so it was quite a surprise when she was included in season 26 of Dancing with the Stars, which featured only professional athletes. Even more surprising was that she made it the final three, beating out fan favorites, figure skater Mirai Nagasu and luger Chris Mazdzer.

Olympic swimmer Ryan Lochte had tentatively agreed to participate in season 23 of Dancing with the Stars when he caught embellishing a story that he and some fellow swimmers were mugged at gunpoint in Rio de Janeiro during the 2016 Summer Olympics. As a result, he lost millions in sponsorships and was suspended from swimming for 10 months. Even though he wanted to hide out for a year, at his family’s urging, he decided to try and rehabilitate his image with the show, but not everyone was so willing to forgive him for his transgression. During his first performance on DWTS, protesters rushed the stage while others yelled anti-Lochte chants.

Bristol Palin’s casting during season 11 of Dancing with the Stars left a lot of people confused. She wasn’t really considered a celebrity; she only became famous during her mother’s run for Vice President of the United States in 2008 when it was announced that she was pregnant at 17. During her season of DWTS, her presence resulted in even more controversy when she scored lower than other celebrities yet managed to stay in the competition.