Dancing With The Stars’ 7 Messiest Breakups 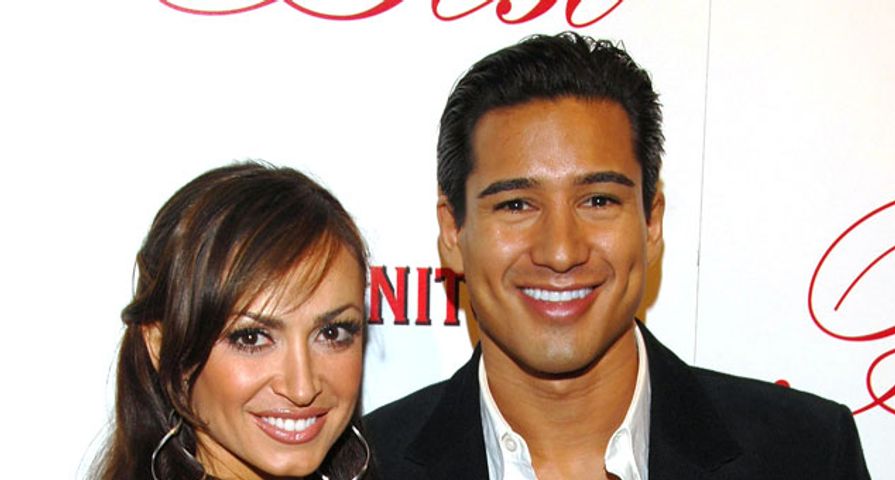 Things tend to get pretty heated between dance partners on Dancing With the Stars. There are long rehearsal hours and of course, a great deal of close physical contact. Sometimes all of the intimacy spills over and off the dance floor into full-blown romance. But when things cool off and work schedules resume, relationships can turn sour and things can get sloppy. Other times, jealous lovers can spurn contestants in a fit of envy. This is our look at the relationships that got messy because of Dancing With the Stars.

These season 5 partners sparked major rumors of a relationship when they kissed on air and both broke off their relationships with other people. Castroneves called off his engagement to fiancée Aliette Vazquez after the show ended. Helio commented to ABC News, “it was the beginning of something [but] it was beyond that point. It was time to let it go.” Many fans turned on Julianne, calling her a “homewrecker” but she maintains she’s “the only one on the show that hasn’t hooked up.” When questioned of the coincidental timing of the ending of her own relationship, she stated: “If I had stayed in Utah, it could have worked. But I’m in a different place in my life now.”

Fan favorites, Shannon and Derek, dated for more than a year after the show ended. Things were pretty serious between the two and they even lived together. When the couple split, they posted matching Twitter messages informing fans and maintained their respect for one another, but Derek was later quoted by USA Today as stating, “When I competed I always fell in love with my partners.” I guess Shannon is just another lady on a long list. Ouch!

Rumors about these two and their sexual chemistry lit up social media and tabloid speculations about a relationship off of the dance stage. Lacey didn’t put conjecture to rest when she broke things off with her boyfriend, DJ Guthrie, a week before the show. When Catherwood appeared on Jimmy Kimmel Live, he told him that they were used by ABC executives as “romantic lab rats.” He said he used bamboo underwear to avoid “any changes in direction due to biological reactions,” but that “they definitely don’t work.” Classy. Mike has since married actress Bianca Kajlich, the ex-wife of U.S. soccer star Landon Donovan. Donovan’s fans are said to be so outraged by the engagement that they’ve sent Catherwood some pretty intense death threats.

Karina moved on from her nasty breakup with Mario Lopez pretty quickly and moved directly into the arms of fellow dancer, Maksim Chmerkovskiy. The two got engaged in 2009, but called it off less than a year later when they couldn’t see eye-to-eye about having children. “Maks was ready to start a family and have children with Karina, and he came to realize that wasn’t really what she wanted.” People magazine also reported that “[h]is family did not want him to marry her.” Guess they got their wish. Yikes!

“Prince Farming” of Bachelor fame was engaged to Whitney Bischoff when he joined the cast of Dancing With the Stars. The show may have given him the celebrity status he was after, but it also introduced him to a beautiful dance partner, Witney  Carson. After the sparks began to fly with Carson, Bischoff failed make to it to her man’s performance on multiple occasions, and it is said that the couple split due to jealousy. Their engagement was called off in May when, according to a source for OK!, “Chris refused to quit speaking to Whitney [Carson] after the show ended.” Carson and Soules had a briefly-lived romance but karma reared its head when Carson ended the relationship with Soules due to the Bachelor babe’s’ one-track mind when it came to the fame game.

Even though Burke had a boyfriend and her dance partner Drew Lachey was married, when this dancing duo hit the road for their nationwide tour, they got pretty cozy. According to an insider with Star magazine, “they didn’t go very far to cover it up. Cheryl was constantly draped all over Drew. They held hands, had their legs intertwined and were always touching inappropriately.” The relationship supposedly culminated in Matthew Lawrence, Cheryl’s boyfriend, confronting them after supposedly catching them in the act. While Matthew has not commented on this, and Burke and Lachey have denied their affair, Lawrence and Burke abruptly split after the tour.

This dancing duo hooked up off stage after partnering for season 3 of Dancing With the Stars. The pair quickly moved into together, but their schedules created a long distance scenario. Rumors flew of Mario’s infidelity while he was working in New York City and Smirnoff called from their L.A. home to confront him. “He pretty much confirmed everything. It felt like world came to an end for a second. I hit the ground, and I couldn’t get up. That was when all the little pieces came together in my head. You come to that realization that this is not what you want out of love and out of life, and this is not who you want to be with.” Tough break!