Dancing With The Stars’ 10 Biggest Scandals 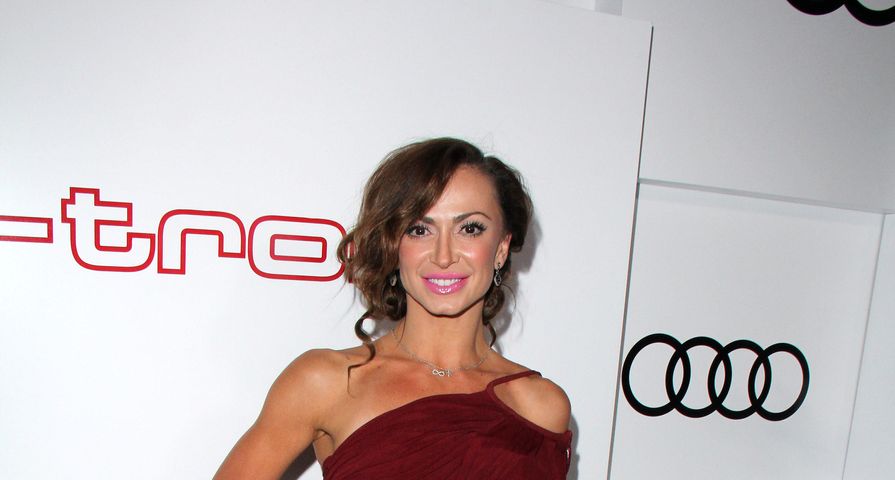 With all of the sexy talent that makes up the cast of Dancing with the Stars, it is no wonder that a little scandal is ever-present on the show and sometimes even follows the stars off set. This list takes a look at the top 10 biggest scandals to rock the franchise!

10. Maksim Chmerkoviskiy is a Playboy

This former Dancing with the Stars pro has had a scandalously long line of hook ups. Chmerkoviskiy has romanced former partners Willa Ford, Erin Andrews, and Meryl Davis! He has dated his co-star Peta Murgatroyd and was even engaged to fellow dancing pro Karina Smirnoff! When Maksim was hooking up with Murgatroyd, she was already involved in another relationship with Australian DWTS dancer Damian Whitewood. Whitewood became aware of the affair and called Maks out, but Chmerkoviskiy didn’t respond. On season 18 of the show, when Maks got close with his partner Meryl Davis he was incredibly public about his adulation of her and commented during the filming of the show. But of course it wasn’t long before he’d moved on and rumors were flying about his relationship with Jennifer Lopez. In 2015, he rekindled his romance with Murgatroyd and the two are presently engaged to be married. Only time will tell if Peta has truly tamed this playboy!

9. Prince Farming, Not So Charming

When “Prince Farming” of Bachelor fame joined the cast of Dancing with the Stars, he was engaged to Whitney Bischoff. But the true intent of the not-so-humble farmer from Iowa was revealed when, while basking in his new found fame, he began a relationship with his beautiful dance partner Whitney “#2” Carson, and called it quits with the woman he fell for on the previous reality series. According to a source for OK!, “Chris refused to quit speaking to Whitney [Carson] after the show ended,” and this was why Bischoff sent him packing. Carson and Soules romance was brief and karma bit him in the behind when Whitney #2 ended the relationship due to the Bachelor babe’s’ one-track mind when it came to the fame game. Who knew DWTS had the power to make or break relationships?

When Cheryl Burke was partnered with Drew Lachey, the rumor mill pumped out some serious allegations of infidelity. Burke was in a relationship with Matthew Lawrene, and Drew was also married. However, that didn’t stop the duo from getting quite cozy while on their nationwide tour after the shows completion. According to an insider with Star magazine, “they didn’t go very far to cover it up. Cheryl was constantly draped all over Drew. They held hands, had their legs intertwined and were always touching inappropriately.” The affair supposedly came to a head when Matthew Lawrence confronted them after supposedly catching them in the act. While Matthew has not commented on this, and Burke and Lachey have denied their affair, Lawrence and Burke abruptly split after the tour. Oh the humanity!

Back in 2010 when Bristol Palin and Mark Ballas made it to the finale, fans went off the handle that the show must be rigged! Palin was by no means an audience favorite, nor did she score well throughout the season. She actually scored the lowest of all the celebs on six different episodes of the season. But in spite of this, she moved on. Many attributed her success to the conservative supporters of the get-out-the-vote campaigns. Even Palin knew that her appearance on the show was political. She stated, “Going out there and winning this would mean a lot. It would be like a big middle finger to all the people out there that hate my mom and hate me.”

Dancing with the Stars partners Mario Lopez and Karina Smirnoff hooked up after working together on season 3. The couple moved in together but their conflicting schedules put strain on their relationship. While Mario was working in New York City, rumors of infidelity were flying. Karina called from their home in L.A. to confront him. “He pretty much confirmed everything. It felt like world came to an end for a second. I hit the ground, and I couldn’t get up. That was when all the little pieces came together in my head. You come to that realization that this is not what you want out of love and out of life, and this is not who you want to be with.” Sad face.

Olympian Hope Solo was a contestant on Dancing with the Stars on the 13th season. And she did not take her elimination lightly. Solo revealed to the National Enquirer that her season was rigged in favor of other celebs. She also released a memoir, Solo: A Memoir of Hope, in which she blasts the show for scheming antics. She recalls a specific incident behind the scenes — after learning from a “secret memo” of their elimination, partner Maksim Chmerkoviskiy stirred up trouble with the judges to earn a few more weeks on the show. Solo revealed, “Maks later told me that he had argued with the judges because he had been told we were going to be eliminated, that there was some secret memo going around that said who would be ousted each week. He explained that he wanted to cause some drama on the live portion of the show so that they wouldn’t be able to resist keeping us around, hoping for more fireworks. It seems to have worked – we weren’t eliminated that week.” Yikes!

Partners in season 5, Helio Castroneves and Julianne Hough created major waves when they kissed on air and broke off their relationships with other people! Castroneves actually called off his engagement to fiancée Aliette Vazquez. This caused many fans to turn on Julianne, hostilely calling her a “homewrecker.” Julianne insists that she’s “the only one on the show that hasn’t hooked up.” Many fans and media questioned the coincidental timing of her ending her own relationship. In response she stated, “If I had stayed in Utah, it could have worked. But I’m in a different place in my life now.”

Fans completely lost their cool when James Maslow and Peta Murgatroyed got the ax in spite of winning insurmountable praise from the judges and performing one of the best dances of the season. Through a TMZ investigation, fans learned that a glitch in voting may have been responsible for the mishap. Apparently Facebook votes for James and Pete were counted wrong for Meryl and Maxim. A rep for ABC responded to the allegation and stated, “The votes were all counted correctly” and that the error was a “caching anomaly that only affected a small amount of users.” Showrunner, Conrad Green responded despondently about fans writing into the show claiming that it was fixed, “Have you ever seen the Broadcast Standards people? They go around checking every vote that comes in.”So the idea that we’re sitting here, the evil puppet masters saying ‘That judges should say that to Maks’ and ‘This judge should give a 7’ – it’s like, why would I care? And if I did care, why would I have Derek win every f**king time? Know what I mean? It’d be a much different show if I could control the destiny of everyone.” That was harsh! Esh!

Julianne Hough and Karina Smirnoff were long-time colleges and seem to have a great amount of respect for one another. But, with the return of Hough as a judge, Smirnoff questioned the show’s ethics and integrity. In season 18, Hough was especially rough on Maksim Chmerkoviskiy, and accused him of “phoning in” his routine, but she didn’t go lightly on her brother Derek Hough and his partner Amy Purdy either. Smirnoff raised concerns about whether or not it’s ethical for the siblings to be on both sides of the bench, and has suggested that it’s a conflict of interest. Hough and Chmerkoviskiy are also rumored to have had a relationship before Julianne hooked up with Ryan Seacrest. Smirnoff stated, “I think she is a great girl, I’ve known her for many years. I think that she is wonderful, gorgeous, and talented, but I don’t know if it’s ethical that she is judging while her brother is competing.” Fair question…what do you think?

1. Not a Whole Lotta Love

Professional dancers Maksim Chmerkoviskiy and Derek Hough are said to HATE each other! After one of Maks and Hope Solo’s routines fell flat on Season 13, Maks lashed out at veteran judge, Len Goodman, telling him that he should retire and called DWTS “my show.” Hough couldn’t hold back and commented to the media, “I had to laugh about that [comment]. I was looking at the plaque upstairs and…well, never mind.” The plaque he was referring to lists past champions of the show, and Maks’ name was nowhere to be found. The feud between these fellas may have escalated because Maks used to date Hough’s sister Julianne. When the two split, Julianne began dating Ryan Seacrest, and US Weekly’s inside source, claimed that Maks began spreading rumors that Julianne was cheating on Seacrest with him. The same insider reported that “Derek is dating Lauren Conrad for publicity.” Of course, none of these couples are still together, but who knew even dancers would play so dirty!