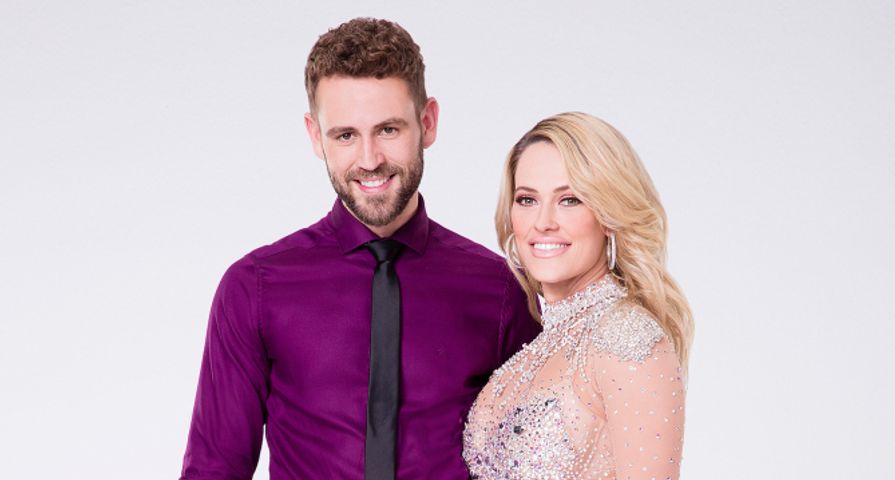 Dancing With the Stars is one of the most popular and most watched reality competition shows on TV, and on March 20, 2017 it returns for its 24th season! On Wednesday, March 1 the full list of stars who will be competing and the pros they will be partnered with was announced on Good Morning America, and it is definitely going to be interesting! There will be a diverse cast this season, from reality stars, to athletes, and even a bull rider are among the stars trying to dance their way to the coveted Mirrorball Trophy this season. Check out season 24’s cast:

Last season saw gymnast Laurie Hernandez win the whole thing with partner Val Chmerkovskiy, so now her teammate Simone Biles is going to see if she can follow it up! The four-time gold medalist has been partnered with pro Sasha Farber who through his three previous seasons on the show has not placed better than fifth, so hopefully Biles’ natural athleticism will enhance the duo’s chances for season 24.

Bonner Bolton is a lesser known star, but it seems the professional bull rider and model has been chosen just to be some eye-candy for this season. For those who have seen The Longest Ride, Bolton’s story is similar (and he was Scott Eastwood’s stunt double for the film) as he suffered a near death experience while dismounting from his bull during a competition and was spiraled into the air and landed on his head. Now back to good health, Bolton is on Dancing With the Stars and partnered with eight season veteran Sharna Burgess who has placed second twice, and is looking for her first big win!

Spanish-American actress, comedian, and flamenco guitarist Maria del Rosario Mercedes Pilar Martinez Molina Baeza, best known by her stage name Charo also has her eyes on the prize this season! She has been partnered with pro Keo Motesepe who has competed on four seasons before and has only made it to sixth place.

If actor Chris Kattan’s A Night at the Roxbury dance moves are any indication of his real skills, we don’t have high hopes for him this season. The hilarious actor, who is best known for the 1998 film, and recently appeared in Adam Sandler’s Ridiculous 6 is also taking a turn on the dance floor and has been partnered with Witney Carson. Carson is looking to return to her winning ways after previously taking home the trophy in season 19 with partner Alfonso Ribeiro.

Former MLB player David Ross’s participation in this season marks the first time a baseball star has been on the series! Ross is no stranger to winning since he has two World Series wins under his belt with the Boston Red Sox in 2013 and the Chicago Cubs in 2016. Ross has been paired with Lindsay Arnold who will be competing in her fifth season and aiming for her first win after coming in third last season with NFL player Calvin Johnson Jr.

Over the course of Dancing With the Stars it has become tradition to have a Real Housewife competing and this season that will be Real Housewives of Beverly Hills star Erika Jayne. Jayne is one of the newest housewives and is also and actress and singer and has been partnered with Gleb Savchenko. This will only be Savchenko’s third season and he placed fourth in season 23 with Jana Kramer.

One of the early frontrunners before the season even started is dancer, singer and former Glee star Heather Morris. Morris made a significant appearance on So You Think You Can Dance season two, and even more notably worked as a backup dancer on Beyonce’s The Beyonce Experience world tour. With that kind of experience, she is also partnered with seasoned veteran pro Maksim Chmerkovskiy who is competing in his 16th season!

For the first time ever, Dancing With the Stars is also adding a former professional wrestler to its ranks with Mr. T although he may be best known for his acting work in the popular A-Team series and Rocky III. The popular entertainer has been paired with beloved pro Kym Herjavec who has competed on 14 seasons previously and has won two. This also marks Kym’s first season since last competing in season 20 where she placed sixth with now husband Robert Herjavec.

Another athlete competing this season is none other than famed figure skater Nancy Kerrigan. She is a two-time world medalist, and of course was the victim of an attack by her rival Tonya Harding in 1994. Figure skaters have always been stiff competition on Dancing With the Stars meaning expectations are high for the 47-year-old who is paired with pro Artem Chigvintsev. Season 24 will be Chigvintsev’s fifth season after being paired with Maureen McCormick in season 23.

While Camila Cabello may have left Fifth Harmony to explore her own career, Normani Kordei is stepping out on her own just briefly for this season of Dancing With the Stars. The Fifth Harmony singer has been partnered with none other than Val Chmerkovskiy who is hot off of his season 23 win with Laurie Hernandez. Val also has another win under his belt as well as four other top three finishes.

For season 24, the NFL will be represented by free agent Rashad Jennings who has played for the Jacksonville Jaguars, Oakland Raiders, and New York Giants. Many football players have been known to clean up on the dance floor and the running back is hoping to do the same with his pro partner Emma Slater. Season 24 will be Slater’s seventh season, but she has never placed better than fourth and is hoping to change that with Jennings.

Straight off of his stint as The Bachelor, Nick Viall is jumping from one ABC reality show to the other as the final contestant on season 24 of Dancing With the Stars. Viall has been paired with fan favorite pro Peta Murgatroyd who is making her big return to the series after taking season 23 off to welcome her baby, Shai, with fiance and fellow pro Maks. Murgatroyd is a seasoned veteran with two wins under her belt and will be pushing Viall to get to the top.