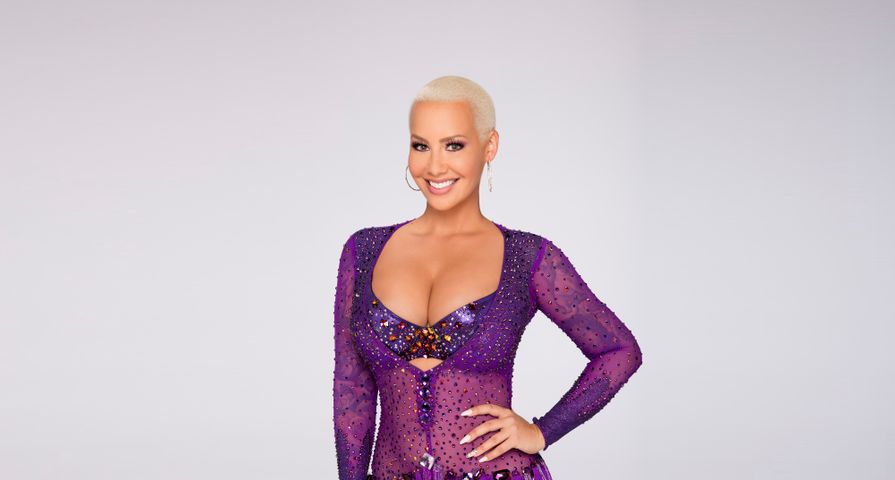 It is safe to say that Dancing With the Stars is one of the most popular reality competition show out there, and each season is met with eager anticipation for fans to see what stars were taking on the challenge of the ballroom. As stars on all levels of the spectrum have graced the series, fans have become just as enamoured with the pros and it is always interesting to see which star gets matched with which pro, and early favorites are picked. Season 23 is shaping up to be one of the best yet with the return of Derek Hough and Maksim Chmerkovskiy and some big names on the star list. Check out the full season 23 cast who will be competing when it returns on September 12, 2016!

It is kind of interesting that absolutely no rumors of Jana Kramer’s involvement in the new season hit the media prior to the announcement on Good Morning America because the gorgeous country star was recently in the headlines for a dramatic split from her husband. She will be a big crowd draw thanks to her popularity as both a singer and actress best known from One Tree Hill, and has been paired with pro Gleb Savchenko who last competed in season 16 with Lisa Vanderpump.

Terra Jole is best known for her role as a reality TV personality and one of the stars of Little Women: LA and is officially the first little person to compete on the hit series! The 36-year-old has been paired with veteran pro Sasha Farber who was last seen on season 22 when he was matched with actress Kim Fields.

It has become somewhat common for Dancing With the Stars to incorporate professional drivers into their cast list and this season they landed Indycar driver James Hinchcliffe. Hinchcliffe has become very popular with fans, and is very used to high-pressure situations so expectations might be high for the 29-year-old. He also has the advantage of being paired with longtime pro Sharna Burgess who most recently placed fourth with NFL player Antonio Brown on the last season of the show.

Every season has to feature a Disney star in some capacity, and this season Jake T. Austin has been tapped to try out his dancing skills. Austin, 21, is best known from his roles on hit Disney shows such as Wizards of Waverly Place and ABC’s The Fosters. It will be a learning curve for both Austin and his partner Jenna Johnson who was featured on So You Think You Can Dance before joining DWTS dance troupe in season 18, but now the 22 year old has been upgraded to a pro, starting her career as such with Austin.

ABC was able to lock in 11 time Grammy Award winner Kenneth “Babyface” Edmonds for this season of DWTS, and after so many wins in his career it is time to see if the 57-year-old can pull off a Mirrorball Trophy win. Edmonds has been paired with Allison Holker who is back after taking a season off when she welcomed her first son with husband and fellow dancer Stephen tWitch Boss.

Dancing With the Stars is known for giving fans a blast from the past with stars from the ’60s, ’70s, ’80s and ’90s, and this season will have Maureen McCormick who is of course best known for her portrayal of Marcia Brady on ABC’s The Brady Bunch from 1969-1974. The 60-year-old has been matched with Artem Chigvintsev who was seen last season faced with the challenge of being paired with former O.C. star Mischa Barton.

Rick Perry will be trying to campaign his way to a win as the 66-year-old is best know as the former Governor of Texas, and also the longest-serving governor of the lone star state. He has been matched with 27-year-old pro Emma Slater who has competed five times and was last seen in season 21 with Hayes Grier.

Calvin Johnson rocked the NFL world this past March when the iconic reciever announced his retirement from the Detroit Lions after nine years, but little did fans know he wasn’t going quietly into retirement. The 30-year-old superstar is showing off what kind of moves he can perform off the field and is paired with young pro Lindsay Arnold who was last seen on season 22 when she placed fourth with Boyz II Men’s Wanya Morris.

Vanilla Ice was a last minute addition to the cast and it will be interesting to see if the 48-year-old rapper is as smooth as he thinks he is! He has been placed with Witney Carson who is ecstatic to have Ice as her partner, saying, “I’m so excited to have Vanilla Ice as my partner. He’s an icon. We are both in it to win and we will be cool as ice every week.” Carson will have high expectations as she previously won the Mirrorball Trophy with Alfonso Ribeiro in season 19.

Yes, Ryan Lochte will be Dancing With the Stars following his huge Rio Olympics scandal earlier this summer. The Team USA swimmer caused major waves for his Rio robbery lies, but according to Lochte and ABC he had already signed on before the incident occurred. Lochte will be using the platform to try to fix his image to the public and will have the help of longtime pro Cheryl Burke who has won twice and has competed in season two through to 19.

Maks is back! Yes, the casting of controversial star Amber Rose is big news, but fans are undoubtedly more interested in seeing the return of one of the fan-favorite pros. Maks called it quits on the show after winning the coveted Mirrorball trophy with partner Meryl Davis in season 18. Now he is back with Amber Rose who is promoting her new late night talk show.

Perhaps more exciting than Maks’s return is that of the show’s 6x time pro winner Derek Hough. Hough announced his return the night before cast announcements and is undoubtedly aiming for the top yet again. The 31-year-old has been paired with Marilu Henner, a star known for her films, Broadway shows and sitcom roles. The 64-year-old is also the author of ten books, and is on a constant quest to make the world a healthier place. Sounds like one heck of a dynamic duo.

Former Dancing With The Stars Pros Who Should Make A Comeback

Last but certainly not least is the casting of another decorated Olympian – Laurie Hernandez. The 16-year-old dazzled the world with her gymnastic abilities for which she received a silver medal, and is now going for first place with partner Valentin Chmerkovskiy! She may be young, but the other competitors will want to watch out for this pair because not only is Val known for constantly placing in the top three, but according to Hernandez, she has a reputation for being called “Baby Shakira” on the dancefloor!