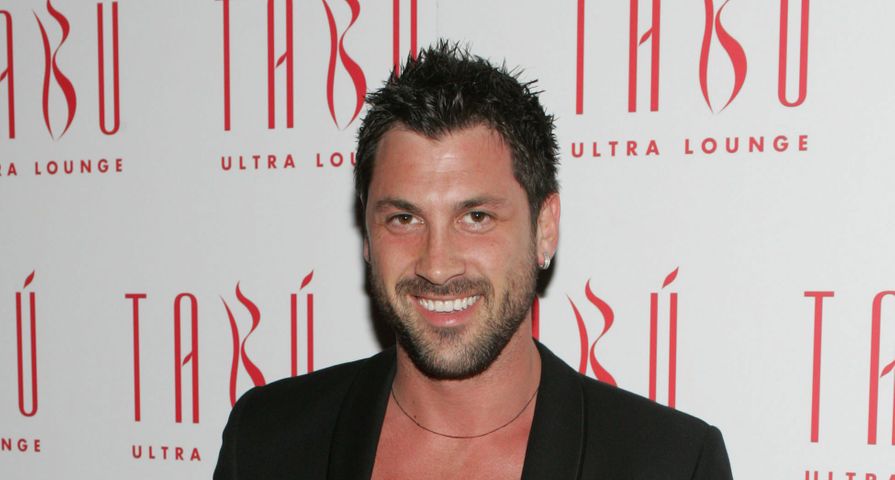 ABC’s Dancing With the Stars is more complicated to put into production than a lot of other competition reality shows. As well as finding willing celebrity participants who fit the “star” description well enough, they also have the trouble of filling the difficult role of professional dancers for every season and then have to match up the stars and their pro partners as reasonably as possible. Fans are well aware that there has been a large revolving door of pros over the seasons, and while some have become more popular than the stars themselves, others have struggled in the role and perhaps are best left to dancing on their own. Even some of the best dancers don’t necessarily fit as a DWTS pro, and here are 11 that probably should have never been cast.

Keoikantse “Keo” Motsepe is one of the newest Dancing With the Stars professional to join the show; unfortunately it doesn’t seem that it is the role for him. He joined the series in season 19 and was the very first eliminated along with partner Lolo Jones. He didn’t fair much better the next season when he and partner Charlotte McKinney were eliminated third, and he was once again eliminated first along with Chaka Khan in season 21. In his fourth run, he did marginally better, placing 6th with Fuller House star Jodie Sweetin, but over the four seasons he participated, fans realized he wasn’t sure how to properly go about being a strict but reasonable teacher and bring all of the flare judges and audiences are used to. Motsepe was not brought back for season 23, and that may not have been a bad decision.

Anna Trebunskaya is a great dancer, but unfortunately not such a great teacher. Trebunskaya has participated in 11 seasons of the show and for six of those was placed 10th or 11th and along with one 8th and one 9th place finish and she has only cracked the top five three times. It is true that the pros have to walk a fine line between being strict and at times rude in order to get their star partner focus while always being patient and understanding, and it seems that Trebunskaya is just much too nice to get tough with her celebrity partners.

In season seven, Dancing With the Stars announced that none other than Mark Ballas’s father, famed dancer Corky Ballas, would be joining the show as a pro. Behind the scenes, Corky is known for training many of the pros including Karina Smirnoff, Tony Dovolani, Anna Trebunskaya, and Derek and Julianne Hough, but there was no reason to pull him into the show only to pair him with the elderly female contestants. In season 7 he was paired with 82-year-old Cloris Leachman and proved he really is one of the best by making it all the way to 7th place, but was type-cast again when he was brought in to pair with almost 80-year-old Florence Henderson. Frankly, Corky was above being brought in as a more suitable match for older contestants, and is best at the top of the pack training the pros, not the stars.

Many Dancing With the Stars fans won’t even remember Inna Brayer and that is never a good start. Brayer was brought in as a pro for season 7 and was promptly eliminated in the first week with partner Ted McGinley. Although Brayer had many accomplishments including many dance championship wins, her lack of experience as a teacher was all too noticeable and it makes sense why she would not come back in as a pro.

Peta Murgatroyd shocked everyone with how far she was able to carry Tommy Chong but, after nine seasons on the show, it seems she was better as a troupe member than as a full-time pro. She won twice and may very well get another but when it comes to challenging contestants she just doesn’t have the patience to get them through and has often stated in interview segments on the show that she doesn’t know how to handle some of her celebrity partners. It isn’t an easy job and not everyone can handle it and, while she tries very hard, being a mentor isn’t her strong suit yet.

Andrea Hale had a very brief appearance on Dancing With the Stars. She was cast as a pro for season 2 and was parterned with ESPN’s Kenny Mayne. Things did not go well and the pair were eliminated first and Hale left a very poor impression as a pro. Like all of them, it is not her talents in dancing that made her a poor casting decision, but rather her ability to properly train someone to compete.

These dancers are pros for a reason, and sometimes when something comes very easily for one person, they cannot understand how it can be so difficult for others and this is Tony Dovolani’s major problem. For some reason, with Dovolani it seems his ego gets in the way quite a bit and, since he knows he is so good, he expects the same results from his partners, and fans have witnessed the anger he is capable of when he doesn’t see eye-to-eye with his celebrity partner. His worst interaction was with his season 10 partner Kate Gosselin and, while we don’t imagine she would be an easy person to work with, even she commented that he wasn’t a great teacher. Again, his ego took over and he listed all of his accomplishments as evidence to his teaching abilities. This is just one instance as to why he should never have been cast as a pro because setting your own ego aside to properly teach others is not an easy task.

Edyta Sliwinska is a fantastic dancer, but her several seasons on Dancing With the Stars has proved she isn’t cut out for the part of teacher/pro. The gorgeous dancer has now participated in 11 seasons of the show, competing in seasons 1-10 and then returning for 22. It seems that for all of her talent in dance, she does not have the talent of building up the confidence and skills of her partners enough to be big time threats in the competition. She did considerably well with Jason Taylor and Joey Lawrence, but her several end of the pack and middle of the pack runs make it evident that she was not the best pro casting decision.

Brian Fortuna was another very unmemorable pro and after so many seasons it is true that he has been mostly forgotten about as well. Fortuna had an impressive resume on many dancing shows before he joined Dancing With the Stars for his one and only season as a pro, season four. Fortuna was partnered with former Miss Universe contestant Shandi Finnessey, and they were eliminated in the third week. Fortuna wasn’t cut out for DWTS, which was obvious to fans, and he was never brought back.

A lot of aspects go in to being a successful pro on Dancing With the Stars and a certain amount of showmanship is part of it. Unlike a lot of the other pros Lindsay Arnold seems shy and much more reserved, which are in no way bad qualities, but they just aren’t suitable for a show that is about flash and, to a certain degree, drama. She is a great dancer but, without a doubt, fans only began taking a big interest in her when she was partnered with season 21’s Alek Skarlatos and even then focus was on his romance with another pro, Emma Slater. Unfortunately, Lindsay just comes in under the radar too much to be considered a good pick for a pro.

Photo by Broadimage/REX Shutterstock
Dancing With The Stars Juniors: Everything You Need To Know

Maksim Chmerkovskiy was definitely a huge draw to the show, but unfortunately his enormous ego quickly overshadowed any light shone on his dance abilities. Over the years he quickly became known as the most unpredictable pro who would often lash out at anyone (including the judges) who even dared to criticize him, even when they weren’t. His fiery temper and obviously sensitive ego has been the source for numerous feuds between himself and his fellow pros, not to mention himself and his own partners. He has even gone so far as to call Dancing With the Stars “his show.” Enough is enough and even for a pro, skill only gets you so far, as personality and interaction with others goes a long way as well, and the show would have had much less of a headache on its hands if he had never been cast.