Dancing with the Stars 2015 Full Cast Announced: See The List (With Pics) 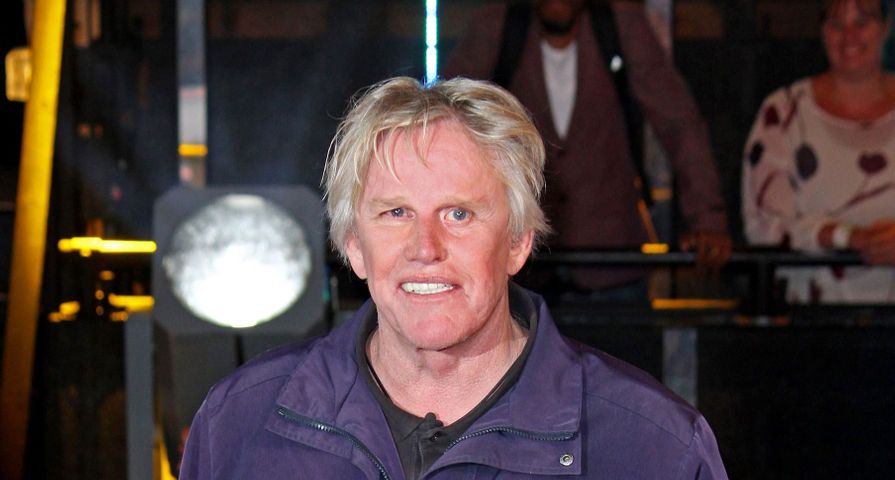 ABC’s hit reality competition Dancing with the Stars returns on September 14, 2015 for its 21st season and all the stars and their partners have finally been revealed. With Len Goodman announcing his exit from the show, the three judges remain Julianne Hough, Bruno Tonioi and Carrie Ann Inaba while Tom Bergeron and Erin Andrews will also be returning as hosts. However, what audiences are most interested in is what famous faces are going to be trying their hand (or feet) at ballroom dancing and, although fans of the show have complained that the quality of “stars” has decreased, season 21 is looking very interesting. Having now incorporated soldiers as well as social media stars, the spectrum of stars is bigger to pull from so, as well as lesser known faces, there are also some big names. Check out which stars are competing and what pros they will be matched with as they all quest for the Mirror Ball Trophy.

Dancing with the Stars has really elevated the star power this season by pulling in 10x Grammy winner Chaka Khan. The 62-year-old “Queen of Funk” is known worldwide for her musical abilties with a career that has spanned four decades and included 22 albums and ten #1 Billboard songs with three albums having gone platinum. Although many are aware who Chaka Khan is, her appearance on DWTS will also bring her back into the spotlight before the release of her newest album, which is scheduled for later in 2015. She has been paired with 25-year-old Keo Motsepe who has never won a Mirror Ball Trophy, but you never know with Chaka Khan as your partner.

Actress Alexa PenaVega, 27, is also out to expand her talents to dancing. Known most for her role as Carmen Cortez in the hit Spy Kids films, Alexa also has Broadway experience, which is always at least a little helpful on the dance floor. From child star to Broadway star, PenaVega has most recently been in Sin City: A Dame to Kill For and ABC fans will recognize her as Kiley Brenner on Nashville. Alexa has been partnered with extremely experienced pro Mark Ballas who came in second last season and of course is looking for a win having previously won DWTS in seasons six and eight.

Also competing not only against other stars but his own wife is Alexa’s husband Carlos PenaVega. Carlos found his stardom after starring in the highly successful musical Big Time Rush on Nickelodeon. The 26-year-old also has a lot of performing experience, which will come in handy having toured the globe performing the hit. He is a very popular Latin singer and is also known as the host as Nickelodeon’s Webheads and in 2016 will be performing in Grease: Live as Kenickie. Carlos has been paired with Witney Carson who of course won it all in season 19 with Alfonso Ribeiro and came in fifth with former Bachelor Chris Soules last season.

As fans know by now many former stars often get their way back into the spotlight by competing on DWTS and it is safe to say that this season that star is former Backstreet Boy Nick Carter. The 35-year-old lived a large part of his life in the spotlight as part of the biggest boy band in the world, but after a not-so-successful solo career and a stint on VH1 with the show I (Heart) Nick Carter, he is regaining his popularity. It is of course expected Carter will do well having spent years doing choreographed dance routines, which paid off when former N’Sync members Joey Fatone and Lance Bass competed on the show. Carter will be dancing with pro Sharna Burgess who came in third last season and is definitely eyeing the Mirror Ball Trophy.

Alek Skarlatos is a different kind of star. Skarlatos, 22, is a Specialist with the Army National Guard and has recently risen to a new level of fame and heroism after being one of the men who helped take down a terrorist on a Belgian train in August. Along with two of his friends, Spencer Stone and Anthiony Sadler, the two were able to disarm the terrorist and hold him until authorities could reach the train. He will be dancing with Lindsay Arnold for the competition.

Singer Andy Grammer, 31, has been in the music industry for awhile having reached success with his 2011 album. With his two hits “Keep Your Head Up,” and “Fine By Me,” Grammer was the first male pop star in 10 years to reach the Top 10 at Adult Pop Radio. However, many will know him from his massive summer hit “Honey, I’m Good” off his second album Magazines or Novels, which he also performed on American Idol with contestant Nick Fradiani. Grammer has been paired with Allison Holker who of course came just short of being named champion coming in second place last season with Riker Lynch.

There always has to be an athlete in the mix and, although it is usually a football player, this year’s athlete is jockey Victor Espinoza. Espinoza, 43, made history earlier this wear after winning the Triple Crown aboard American Pharoah, marking the first time in 37 years a horse and jockey had won all three major races for the Triple Crown. Not only is he a winning jockey, he is also a humanitarian as he donates 10% of his weekly winnings to The City of Hope childhood cancer research. Espinoza will be dancing with pro Karina Smirnoff who is returning after a stint away. Smirnoff won season 13 with J.R. Martinez and came in second in season 17 with Corbin Bleu.

Taking the drama to the dancefloor! Kim Zolciak Biermann, 37, is known from her antics as a star on Bravo’s Real Housewives of Atlanta. Zolciak constantly attracts attention from the media and her reality TV stardom led her to try her talents at singing releasing a few quite horrible pop songs and her popularity also garnered her a Real Housewives spin0ff with Don’t Be Tardy for the Wedding, which chronicled her marriage to Atlanta Falcons player Kroy Biermann. While we expect lots of tears and drama from Kim, it is her pro partner Tony Dovolani who will have to keep her on track.

Seventeen-year-old Bindi Irwin is the daughter of the late, famed Crocodile Hunter Steve Irwin. Bindi herself has followed in her father’s footsteps and is an Australian wildlife conservationist and has starred in a set of her own wildlife shows despite her dad’s death while filming with stingrays for Ocean’s Deadliest. Bindi has also starred in Free Willy: Escape from Pirate’s Cove and Return to Nim’s Island. She has luck (and talent) on her sidem having been partnered with five-time winner Derek Hough, who usually finds himself in the top three or four, making Irwin and Hough the couple to watch.

Hayes Grier is not a typical star. If you don’t recognize his name it is because the 15-year-old is a social media star who already has a major following and is still on the rise. Grier has more than 3.5 million Vine followers and thanks to his personal videos has become a very well known social media celebrity. Grier’s dancing pro partner will be Emma Slater who has had her work cut out for her with previous partners like Redfoo and Michael Waltrip, but she was able to get to fourth place in season 17 with partner comedian Bill Engvall.

Tamar Braxton is of course a part of the famous Braxton family. The 38-year-old is the youngest sister of Toni Braxton but has gone on to her own fame with a Grammy nomination and is well known as a host of The Real. She also stars and executive produces the WE TV reality show Braxton Family Values, which got her her own spinoff Tamar & Vince with husband Vince Herbert. Braxton will be dancing with Valentin Chmerkovskiy who is looking to keep his champion status in place after winning last season with partner Rumer Willis and is always a top contender in the competition.

Photo by MediaPunch/REX Shutterstock
Dancing With The Stars Juniors: Everything You Need To Know

A name known in households worldwide, Paula Deen, 68, is known as one of the elite in the world of cooking. Deen has 14 cookbooks and multiple TV hits including Paula Deen Live! in which she tours the nations and cooks her favorite dishes for the audience. She has her own digital lifestyle network, the Paula Deen Network, with which she shares cooking advice and recipes. Deen will be dancing with new pro Louis Van Amstel.

Yup, it’s true, eccentric actor Gary Busey is going to grace the DWTS ballroom. The 71-year-old actor has been in the entertainment industry for 45 years and has 162 acting credits to his name in films like Lethal Weapon and Point Break. Busey is also well known for being a strange and hilarious individual and made his DWTS announcement on Jimmy Kimmel. Busey arrived a white horse wearing a red sparkling dance costume and told told Kimmel he joined the cast because he “didn’t have anything else to do.” He has appeared on Celebrity Apprentice twice and was the first American to win Celebrity Big Brother U.K. Busey has been partnered with Anna Trebunsyka who has never won the Mirror Ball Trophy.