Home » Entertainment » Celebrities » Dancing With The Stars: 13 Celebrities Who Should Be Cast

Dancing With The Stars: 13 Celebrities Who Should Be Cast 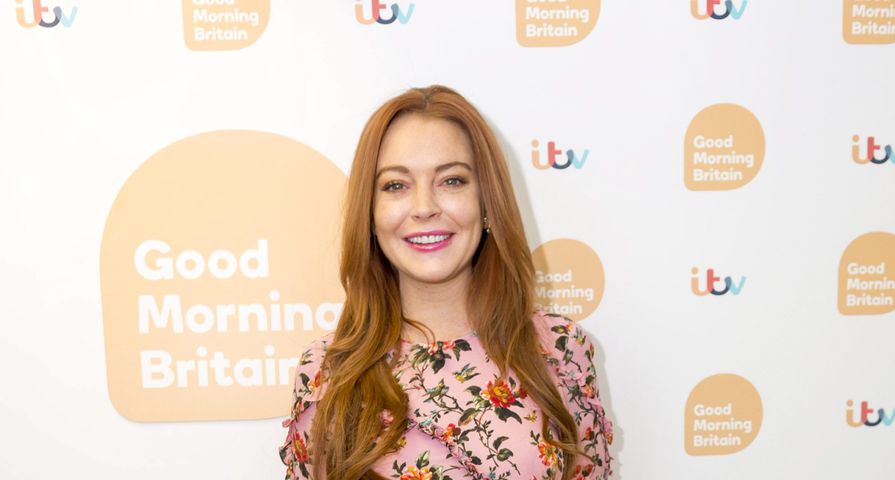 Dancing With the Stars is now in its 24th season which means that it is of course hugely successful. Regardless of the fact that loyal and passionate fans tune in every season, there are always complaints about the caliber of “stars” that are cast for the show. Dancing With the Stars has become a go-to for reality stars, athletes, and once popular actors and actresses who have fallen off the radar. The choice to go on the show has proven to boost the career of some stars and was a really good move to re-emerge into the spotlight. Here are 13 celebrities who should be cast on Dancing With the Stars:

Alanis Morissette is a well-known and extremely talented singer, but not as much has been heard from her in recent years. Morissette most recently made headlines because she had been robbed of over $5 million from her ex-manager, which means she could use a little positivity in her career, not to mention make a few hundred thousand anyway. She also seems to be looking for some sort of comeback after performing a hilarious rendition of her hit “Ironic” with James Corden in 2015. With no new music releases since 2012, it is about time Morissette steps back into the spotlight, and possibly on to the dancefloor?

As Dancing With the Stars has evolved, athletes — especially NFL stars — both past and present have become common stars cast each season. Fans have seen everything from current players such as Rashad Jennings to NFL heroes like Emmitt Smith compete, and now that famed Dallas Cowboys quarterback Tony Romo has gone into retirement, he might have some more time in the spotlight if he were to join the show. He has made it clear he has no plans to simply turn to a private life as he is jumping straight into football broadcasting with CBS, and Dancing With the Stars would be a great segue between his careers.

Dancing With the Stars has never had any trouble landing reality stars for the show, which isn’t especially surprising, but what is surprising is the fact that no Teen Mom stars have appeared! While there are some fans definitely couldn’t see being on the dancing competition series, one has expressed interest in it — Maci Bookout. The Teen Mom OG star and mom of three once stated, “I’ve never spoken to anyone about doing Dancing With the Stars. I would love to; I think it would be a great experience.” Plus she once even competed in a “Dancing With the Stars” type of event in her hometown of Chattanooga, Tennessee, for a Kidney Foundation charity fundraiser.

It is not news that Blac Chyna is after any kind of fame she can get. Known first as a “video vixen” for her appearance in music videos, she hovered on the brink of fame with the launch of her own make-up brand and a relationship with rapper Tyga. Recently however, she has finally found the spotlight thanks to her whirlwind and dramatic romance with none other than Rob Kardashian. The pair immediately landed their own reality series but now that they have split and made up over and over again, it is unclear if the show will return. It wouldn’t be surprising then if Blac Chyna seized the next opportunity to come her way which could very well be Dancing With the Stars, and also give her the chance to show off how she has gotten back in shape after welcoming her daughter, Dream, with Rob in November 2016.

One of Dancing With the Stars most buzzed about seasons was season 11 thanks to the participation of beloved Dirty Dancing star Jennifer Grey. Her prominent role in one of the most iconic dancing films of all time made her an easy fit for the series, and it is about time the show repeated the hype. Actress Jennifer Beals is most well known for her role in another iconic ’80s dance film, Flashdance, and it would be amazing to see her also compete on Dancing With the Stars. While Beals had a stunt double for her film’s most elaborate moves, it would be interesting to not only see her again, but see what kind of dance skills she still has over 30 years later.

Reality TV fans are well aware that almost every show has a “villain” and that includes Dancing With the Stars. As one of the most notorious reality TV villains of all time it would not be surprising if Spencer Pratt was brought in just as a contestant that fans would love to hate. Pratt probably wouldn’t last very long, but he has always said he has no problem taking on any reality TV gig for a quick dollar.

With the huge popularity of Bravo’s Real Housewives franchise, Dancing With the Stars has had a lot of success in casting current and past Real Housewives stars. The Housewives have proven to either be surprisingly competitive (Lisa Rinna) or completely uncoordinated dancers and, with Erika Jayne currently taking her turn on the dancefloor, fans would like to see Bethenny Frankel also give it a shot. The Real Housewives of New York City has had a lot of success in her career away from the reality series and has gained a lot of fans, so many would be sure to support the star if she were to give Dancing With the Stars a try.

Much like her husband, Spencer Pratt, Heidi Montag will join any celebrity reality TV series in order to stay in the spotlight, and since Dancing With the Stars is happy to accommodate those hungry for fame, it would be a perfect match. Unlike her husband, however, it wouldn’t be surprising to really see Montag giving it her all and truly trying to compete. It would be an added bonus if she and Pratt were to compete on the same season against each other.

NFL legend Brett Favre has always been an entertainer as well as an athlete which would make him a perfect fit for Dancing With the Stars. Favre played for an incredible 20 years in the NFL which means he has a huge fanbase, a ton of determination, and endurance all of which are extremely important when it comes to being successful on Dancing With the Stars. Favre has also appeared in many commercials and has done some small acting roles which means he isn’t a complete stranger to those who don’t watch football. After his dramatic final retirement in 2011, not much has been heard from the “gunslinger,” but we think he would be a great addition to any upcoming Dancing With the Stars cast.

Dancing With the Stars proved to be just the thing former Saved by the Bell star Mario Lopez needed to jumpstart his popularity and career after competing in season three, and if any of his castmates need a boost to their popularity and career it is Dustin Diamond. It seems Diamond has been in a continuous downward spiral ever since Saved by the Bell came to an end, but he also seems to want to leave it all behind. He has apologized for the book he wrote that offended his former castmates and even appeared on Celebrity Big Brother making it known he isn’t ready to give up fame just yet. Dancing With the Stars could be just the positive experience he needs in the spotlight to turn things around!

Mama June Shannon went from an often criticized reality star due to her lifestyle on TLC’s Here Comes Honey Boo Boo to a shamed former star due to her relationship with a registered child sex offender. Now, Mama June has made a huge comeback after undergoing weight loss surgery and losing 300 lbs while documenting her transformation on her own series Mama June: From Not to Hot. It seems that she is now on the promotional tour with her new body and outlook on life after her split with Sugar Bear, so it wouldn’t be surprising if she were brought into Dancing With the Stars to share her story and broaden her horizons even more.

Dancing With the Stars has always struggled to get current big name stars on its cast list, but that doesn’t mean they can’t aim for other big names. After a huge step out of the spotlight, more and more has been heard from former child and teen star Lindsay Lohan in recent months, indicating she might be ready to once again enter the bright lights of Hollywood. While Lohan has struggled with fame in the past, Dancing With the Stars would be a great stepping stone for her to reconnect with her fan base and jump right into the popularity competition that is live in the spotlight!